After plummeting down the table during the Hinrunde last season, Borussia Mönchengladbach have been going through something of a quiet revolution in 2017. Jon Mackenzie takes a look at Die Fohlen in the run up to their 2017/18 season.

Things can change quickly in football. When André Schubert took over at Borussia Mönchengladbach after Lucien Favre’s resignation, the club had lost the first five matches of their campaign and were lying prone at the bottom of the table. Twenty-nine games later they found themselves occupying the fourth Champions League qualifying spot. As quickly as Schubert’s star had risen, it fell. By the next season, he found himself on the wrong side of the same decline that had done for Favre: midway through the season and Die Fohlen were hovering above the relegation places. With Schubert duly dispatched, the task for the club became one of survival.

The man chosen for the task raised questions in the minds of many of the fans: Dieter Hecking, himself recently relieved of his responsibilities by Bundesliga rivals, Wolfsburg. But the results were immediately apparent. Replacing Schubert’s favoured 3-5-2 with a more functional 4-4-2, the only losses that Hecking recorded during the Rückrunde were against the eventual top four sides (along with a less forgivable defeat at the hands of Hamburg). Where last season could have been a treading of the water, then, Hecking had laid the foundations for something more constructive in the season to come.

If the foundations of Borussia Mönchengladbach’s quiet revolution were laid during the previous Bundesliga season, the serious building work began during the summer break. Dieter Hecking had some potential headaches to solve in his squad, with Mahmoud Dahoud going off to Dortmund, André Hahn being snapped up by Hamburg, and Andreas Christensen being recalled from his loan spell by Chelsea.

Losing Dahoud would have a huge effect on the creativity of the side and not simply because he had the highest number of Bundesliga assists out of anyone in the squad. In the event, he was replaced not by one but by two players: Denis Zakaria and Vicenzo Grifo. Although Zakaria can hardly be compared to Dahoud, their transfer values were roughly comparable suggesting that Hecking, with the backing of his director of sport, Max Eberl, no doubt, have a different vision for how Gladbach will line up next season. Zakaria comes in at 1.91m and plays the game in a way reminiscent of Manchester City’s Yaya Touré boasting a capacity to win the ball in the tackle but also the ability to transition with the ball from one phase of play to another.

Where Zakaria offers greater steel in the central midfield areas than Dahoud, Vicenzo Grifo allows Gladbach to retain something like his creativity. Grifo had an impressive season last year with Freiburg, and it was surprising that more clubs did not enter the chase for his signature when a tempting release clause in his contract became common knowledge. If Grifo can reproduce the same form next season as he did in his final season with Freiburg, particularly from set piece positions, then Gladbach will not feel the absence of Dahoud quite so keenly. 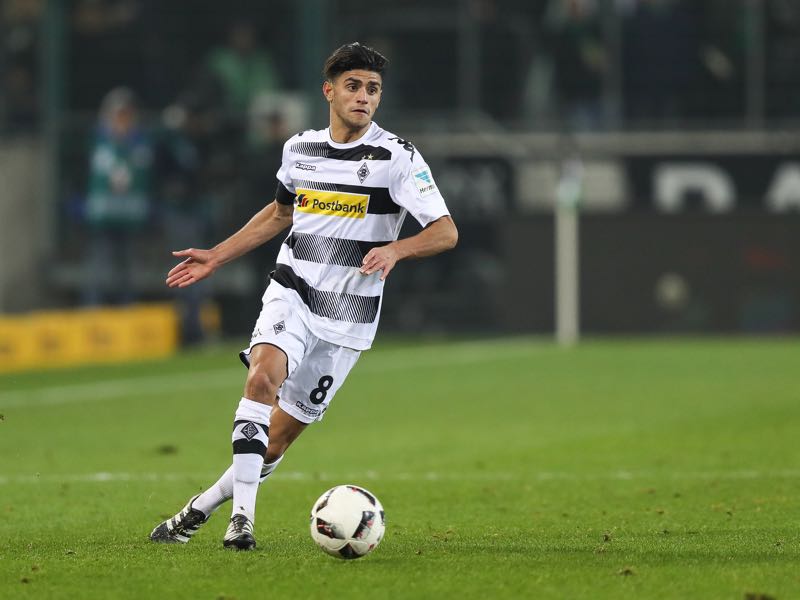 The final member of Die Fohlen’s transfer trifecta is Matthias Ginter, most recently of Borussia Dortmund. Despite a level of relief from the Dortmund fans to have offloaded the seemingly-calamitous Ginter onto another club for a very healthy-looking fee, Ginter’s performances in the Confederations Cup have suggested that any deficiency in Ginter’s game may have had more to do with his fit within the Rhineland club than the young defender.

If there is an area in which the team is weak, it is in the forward position. With both Lars Stindl and Raffael playing as false 9s, dropping into deeper areas to pick up the ball, the loss of André Hahn might be felt keenly by the club if they feel the need to employ an out-and-out striker at any point during the season. Paraguayan youth prospect, Julio Villalba, was no doubt brought in on loan to ameliorate this dearth but he lacks any real experience as yet.

Villalba is joined by two other notable youngsters: Reece Oxford and Mikaël Cuisance. Both come highly acclaimed from their home countries and will add to Gladbach’s squad depth this year. Reece Oxford made an impression throughout the pre-season period, not least in the match against Malaga in which he scored a goal from right back, duly picking up the Man of the Match award in the process. He can play anywhere across the back line and even pushed up into a defensive midfield position, a fact which suggests he is likely to be called upon at some point in the season should the team need cover in defensive areas. 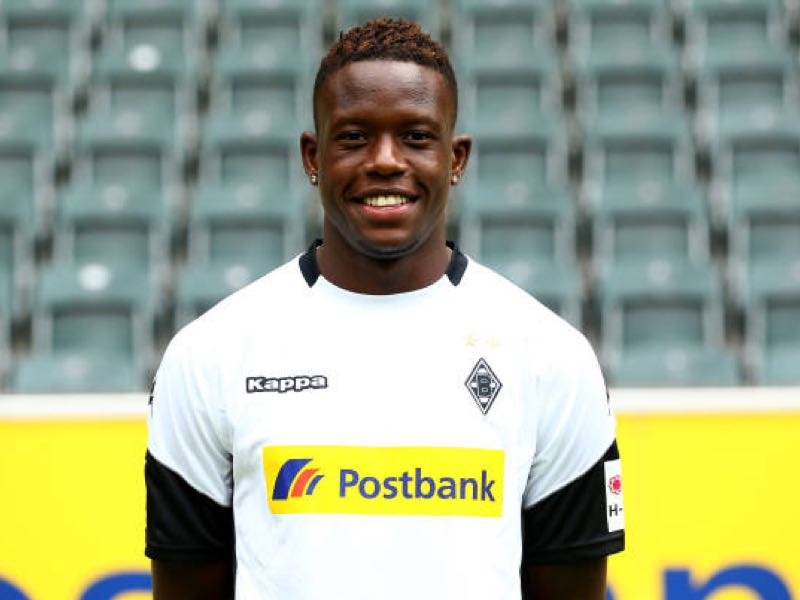 A French youth international, Cuisance impressed during pre-season, earning himself a Man of the Match award in the game against Belgian top-tier side KAS Eupen. Having galvanised the Gladbach midfield in his short appearances so far, it is likely that he will feature from off the bench to offer a different dimension once the season is underway. It is interesting to note that Cuisance featured in both attacking and defensive positions during pre-season which suggests he too will be useful cover through the course of the Bundesliga season.

Slowly but surely, then, Die Fohlen have been assembling a strong squad for the next season which, whilst it may not put them amongst the top four on paper, will certainly give them a chance of challenging them, especially in the early weeks of a season where both Bayern München and Borussia Dortmund seem to be faltering somewhat.

The two words which best sum up Gladbach’s pre-season run are ‘consistent’ and ‘inconsistent’. A total of nine games were played in all, including a couple of 45-minute games in the Telekom Cup competition played out at Borussia Park. As for the inconsistency, this came in the form of results. Wins against Wuppertaler and Malaga were accompanied by draws against KAS Eupen, Leeds United, and both Werder Bremen and Hoffenheim which resulted in penalty shootout losses. There were also losses which came at the hands of FC Nürnberg, OGC Nice and, most recently, against Leicester City. There was also an inconsistency evident as matches unfolded with a few of the games comprising of one-half of complete ascendancy and one-half of exertion. No doubt this had a lot to do with the experimental nature of Hecking’s line ups, many of which included youth players and none of which contained the same eleven players at any one point.

Where there was a consistency was at the level of tactics: Hecking utilised the same functional 4-4-2 in pre-season that he had used almost exclusively last season. With two more defensively minded players in the central midfield positions, Hecking likes his wing backs to get into advanced positions and his wingers to come narrow, often changing places with the forward players, especially if these forward players are Lars Stindl and Raffael, both of whom play more like number 10s than out-and-out strikers. The worry that this causes is one of efficiency: where the build-up play is patient and often well-worked, it feels at times as though there is a reticence to get the ball into dangerous goal-scoring positions. With Stindl, Raffael and Thorgan Hazard being used as strikers, the most advanced players on occasion are Oscar Wendt and Nico Elvedi. Counterintuitively then, most of the goals came from either counter-attacking moves or set-pieces, which seems to fly in the face of the patient build-up play that is preferred by the Gladbach coach. A more conventional striker would no doubt offer an outlet in this possession-based approach.

Another consistency that emerged in the course of pre-season came in the form of the goals that were being conceded. Too often, Gladbach were conceding on the break with players getting in behind their back line. The paradigmatic example here was Leicester City who came back from a goal down against Gladbach through two through balls, one directly to their pacey striker, Jamie Vardy, and one to their newest recruit, Kelechi Iheanacho, who found Vardy from the byline. Die Fohlenelf boast a remarkably lofty back four which, when combined with the sort of possession-based football they’re trying to cultivate, can leave them exposed in defensive positions when the ball is turned over. Now the Bundesliga is a different beast to the Premier League, but with teams like RB Leipzig proving that the Bayerns and the Dortmunds can be broken down with pace, this could worry Dieter Hecking.

Dieter Hecking will play a 4-4-2 of which the strongest line-up is: 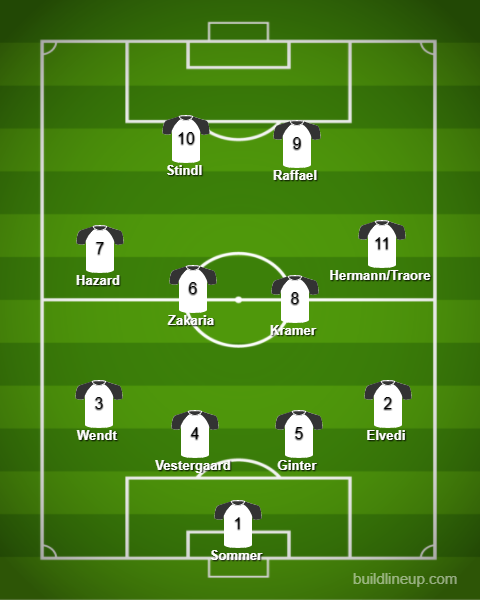 He had a great season last season and a great Confederations Cup, so it’s hard to look much further than Lars Stindl. If, as I have suggested could happen, Borussia Mönchengladbach do develop a goal-scoring problem, Stindl might be the best chance of breaking it. However, this might have to come at the expense of playing in the deeper role that he clearly enjoys.

Signing of the Season:

Denis Zakaria could go on to be a Gladbach legend. He is just the sort of player who is needed within a midfield two, being strong both defensively and offensively. If his partner in midfield is Christoph Kramer, then expect Zakaria to fulfil the role of a box-to-box player. But he can also perform the holding role admirably too. The Zakaria transfer feels like an entirely new direction for Bundesliga football and it will be exciting to see how he works out.

Disappointment of the Season:

He has been a loyal member of the club for a number of seasons now, so it feels unfair to pick out Raffael here. However, at 32 and in a club which is short on goalscorers, it may be the season where the Brazilian is slowly phased out of the Gladbach set-up. The only thing working in his favour here is the fact that the club are short on forward players with few successors clamouring for attention on the bench.

If Dieter Hecking can avoid the fate of his two predecessors, it is widely supposed that Die Fohlen could be knocking on the door of the top four. The question at this stage must be, can they maintain the sort of consistency necessary to find their way into the Champions League places. In light of the fact that Hecking failed to beat any of the top four in the Rückrunde, the goal this season should first be to offer more competition during matches against the high flyers of the Bundesliga. At this point, finding their way onto the high table of German football will probably be too much, but a position just outside the top four is eminently possible and so I’ll tempt the fates by saying fifth.

Gladbach will be hoping to rival their cup success from last season where they made their way to the semi-finals before being ingloriously dumped out on penalties by eventual runners-up Eintracht Frankfurt. It will depend, no doubt, on the run they have to the final and, although they will have to beat one of the top sides if they are to have a hope of winning the Pokal, they will hope to not have to face that test until later on in the competition. I’ll suggest they’ll make it to a Quarter Final where they will fall to one of the eventual finalists.