BORUSSIA-PARK – Borussia Mönchengladbach vs Schalke ended with die Fohlen maintaining their unbeaten start to the season with a 2-1 win against die Knappen. Mattais Ginter headed in from a corner in the 2nd minute and substitute Patrick Herrmann made it 2-0 with 15 minutes remaining. Breel Embolo fired home a consolation goal in added time but it was a fully deserved the victory for the home side.

Dieter Hecking is in dreamland but the same can’t be said for Domenico Tedesco after three straight defeats. Here are five talking points after another entertaining Bundesliga clash.

Borussia Monchengladbach followed up their 1-1 draw at Augsburg with their second home win of the season. Hecking’s side are playing with confidence and discipline and getting consistent contributions across the pitch. Yann Sommer was outstanding once again and Ginter led by example.

Jonas Hofmann and Dennis Zakaria provided threat from central midfield and Alassane Pléa continues to build an understanding with his new teammates. There is plenty of room for improvement in this side with Hecking soon to be faced with some difficult selection dilemmas.

Lars Stindl and Raffael are currently injured and Christoph Kramer made his first appearance of the season off the bench. Nico Elvedi’s return was promising and his future could be in central defence to accommodate Michael Lang. They are good problems for Hecking to have and how he manages them could be key to their season.

Mattias Ginter earned the praise of sporting director Max Eberl after playing his way into the German national team last week. Eberl told kicker: “Matze (Ginter) has made a step forward in his development. He came strong out of the World Cup break and had had a strong presence against both Leverkusen and Augsburg. He is both physically and mentally top fit.” 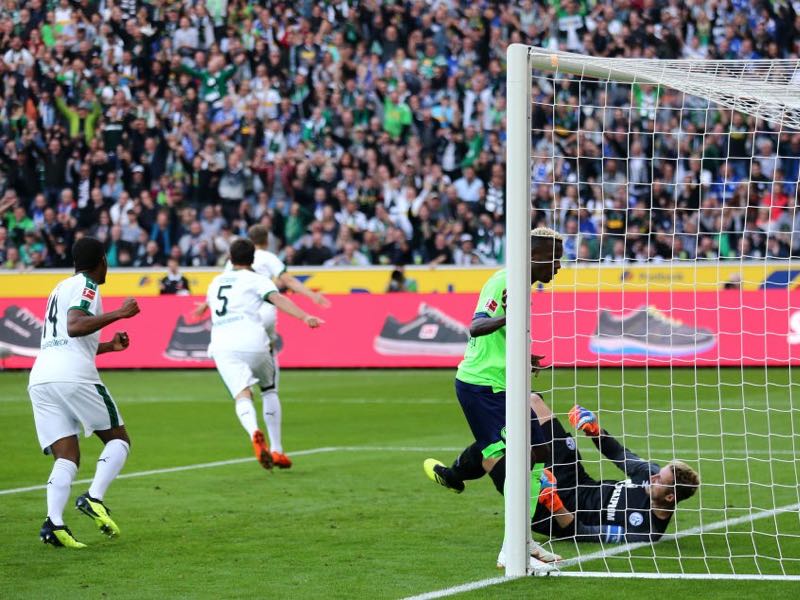 The 24-year-old leads by example and holds things together in Mönchengladbach’s defence. Ginter started all 34 Bundesliga games last season after his move from Borussia Dortmund and chipped in with five goals. He is displaying a high level of quality on a regular basis and is an indispensable player for the Foals.

Schalke’s Hamza Mendyl made his debut at left-back after Abdul Rahman Baba’s poor performance against Hertha Berlin. The 20-year-old was bought from Lille for €7m in the summer and had some encouraging moments early in the contest. 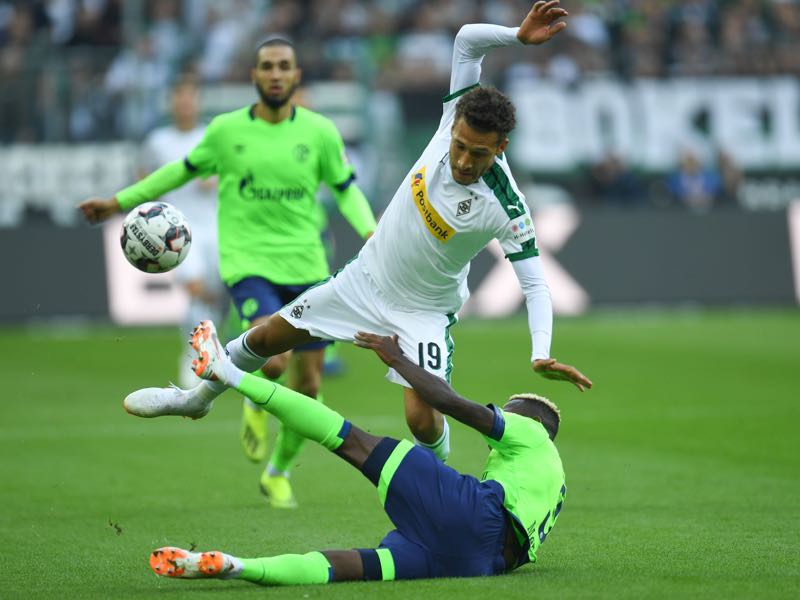 In a matter of minutes his cameo would come to a premature end. A late challenge from behind on Thorgan Hazard earned Mendyl a yellow card and it should have been red not long after. A late challenge on Nico deserved a second booking, but despite protests from Hecking, his players and an angry crowd, referee Manuel Gräfe didn’t think so.