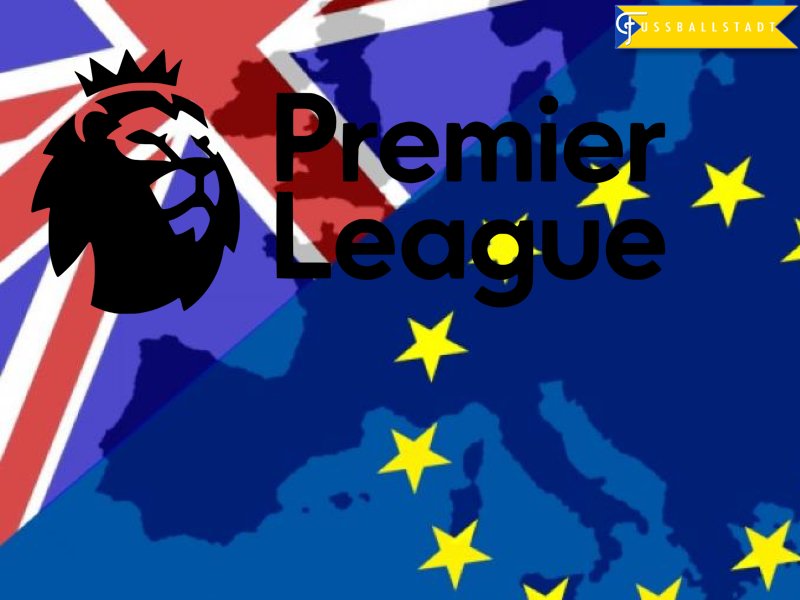 Brexit and the Impact on the English Premier League

There we have it—on Thursday June 23, 2016, the population of the United Kingdom voted to leave the European Union. The so-called Brexit will have far reaching consequences for the United Kingdom, the European Union, and indeed the economy of the entire world. As a consequence, football and the English Premier League especially, will also be impacted.

During the time leading up to and immediately following the referendum, numerous articles were written about its potential impact on the Premier League. Indeed, it often seemed that most of the newspapers simply copy-pasted the story from one another.

Most Post-Brexit Articles Focus on Freedom of Movement

Most articles focused on what the Brexit would mean for players coming from the European Union. The Guardian, which, as usual, has written the best article on the subject, interviewed Paul Shapiro, an associate at the law firm Charles Russell Speechlys, who told the newspaper that what happens next really depends on the sort of deal the United Kingdom—or rather England and Wales, given the fact that Scotland and Northern Ireland could be leaving the Union—can negotiate with the EU.

Shapiro, therefore, believes that it will take some time before we find out the impact that Brexit will have on freedom of movement. “If the agreement with the EU includes broad free movement obligations, such as those currently in place with EEA members, the current position regarding the movement of players between the continent and the UK will most likely continue. 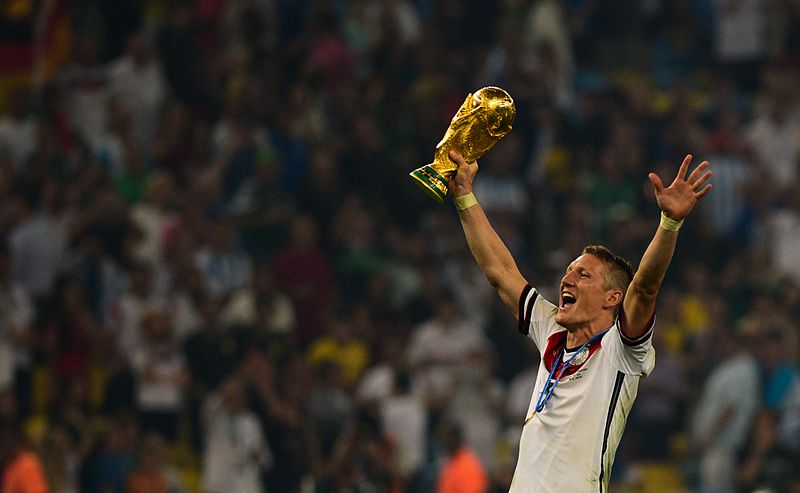 Shapiro, however, ads, “If, instead, an agreement is reached which includes restrictions on the movement of persons and services, the impact on the sports world would be more significant. Firstly, English players may not be able to move to the continent freely and EU nationals could be subject to entry restrictions when seeking to play in England, if post- Brexit they are treated in the same way as current non-EU nationals.”

In other words, players from the EU would have to apply for work permits if they wanted to play for English Premier League clubs. Those of you, who regularly play Football Manager know about the difficulties of signing non-EU players for British based teams. Well, this could soon also apply for EU nationals, as there are currently 400 EU players, who are playing in the first and second division in England and Scotland, and the vast majority would not pass the stringent work permit requirements introduced by the Football Association in March 2015.

Currently, in order to qualify to play in the UK, non-EU players need to have played in at least 75% of their country’s senior international matches over the previous two years. There is an exceptions panel that can decide, on case by case basis, whether a player could join a club despite having failed to play 75% of his nation’s national team games.

Freedom of Movement is Likely to Continue

Now, without a doubt, this could theoretically have a dramatic impact on the English Premier League as a product. But, first, various outlets have agreed that it is unlikely to happen soon, and second, it is unlikely to ever happen, as the United Kingdom has been adamant that they want to continue having access to the European Union common market.

The FA has already stated that this could have a positive impact on British talent, but the example of Russia highlights that restriction to foreigners doesn’t necessarily improve results for the national team (more on that here).

The European Union, in turn, will only grant the UK access if Great Britain accepts freedom of movement of workers. There are precedents for this arrangement, as both Switzerland and Norway had to accept the deal in order to gain entrance to the EU market. This freedom of movement clause would mean that footballers from the EU and the European Economic Area (EEA) could continue to play in England without having to apply for work visas.

This does not mean, however, that the English Premier League will be untouched by the Brexit. There are many other factors to keep in mind. The United Kingdom will now have to trigger clause 50 of the Lisbon Treaty. In other words, it needs to tell Brussels that the country wants to exit the European Union. There is currently a debate on when this will happen, as European Union leaders want to get going on this right away, whereas Britain wants to wait until after Prime Minister David Cameron has left his post.

Economic Uncertainty Will be a Munch Bigger Factor

Once negotiations are under way, it will take at least two years before the United Kingdom, or what is left of it, will be independent from the EU. Two years doesn’t seem a long time, however, and, in terms of the market, this might as well be an eternity. Many businesses will most likely uproot from the United Kingdom, and leave for the European Union in order to guarantee continued access to the common market.

Even before the referendum, the British Pound dropped drastically, and reached a low not seen since 1985. Further economic turmoil can be expected during Britain’s long road to independence (or isolation depending on your perspective), which means that the country will likely be hit by a recession that could lead to an economic downturn of -3% of economic growth. 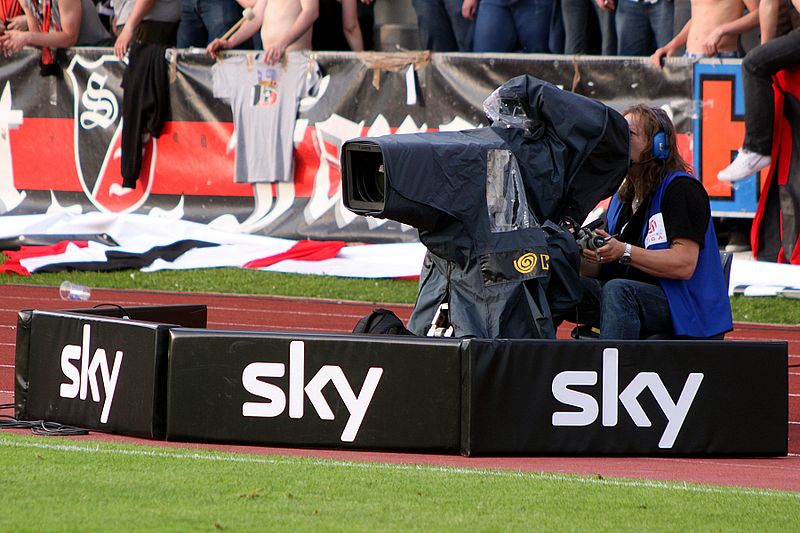 Can television companies such as Sky maintain paying exuberant amounts for the EPL? Image by Steindy

Last year, the English Premier League signed a new television agreement with Sky and the British Telecom Group (BT) that is worth £5.136 billion from 2016 to 2019, which means that it will cost the two broadcasters an average of £10.19 million per game to show a single Premier League match. BT has already been hit hard by the Brexit referendum, as shares have dropped 10.11%. Meanwhile, Sky’s shares dropped by 6.6% and, with both companies deeply intertwined in the EU economy, it will be interesting to see whether they will be able to maintain this sort of television deal in three years time.

This will mostly depend on the UK economy as a whole, as both companies will expect customers to field the price for the television deal—but with the UK hitting a recession, and the pound dropping, how many people will be able to afford cable television, especially if the choice is between a Premier League package and a two week holiday in Spain or France.

Hence, it can be expected that the English Premier League will see a dramatic drop in television revenue following the 2018-19 season. This would impact clubs dramatically.

In the 2014-15 season, only two clubs paid less than 50% of their turnover on players and, in fact, 12 out of the 20 Premier League clubs spent more than 60% of their turnovers on player wages, and half of those had more than 70% earmarked for paying players. Now this was before the new television deal came in. Last season many Bundesliga managers had already commented on the fact that even smaller English clubs often spent more wages on mediocre players in a week than German clubs did in a month. Furthermore, despite the huge television deal, profit margins actually have been surprisingly small. 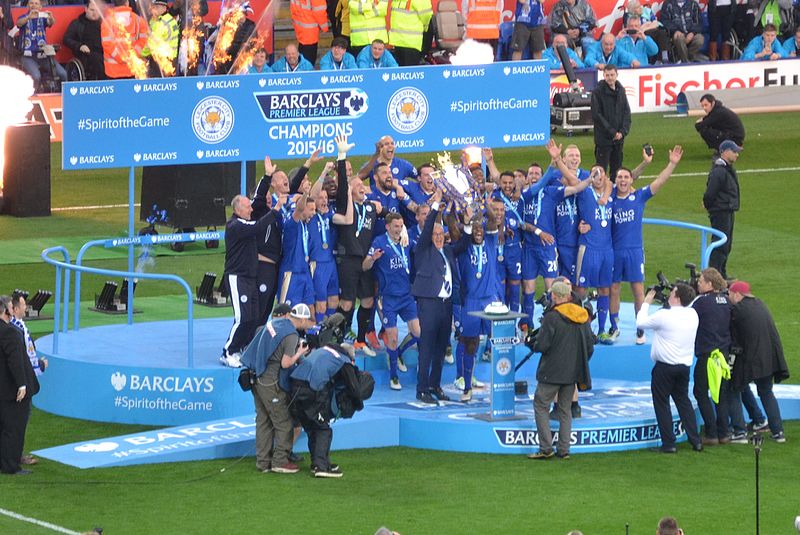 How will the Brexit impact EPL teams? Image by Peter Woodentop

In addition, many player contracts run over several years, which means that Premier League clubs have earmarked that money throughout the new television deal, and most likely beyond, as they have been expecting further economic growth. Now if a future deal was to be significantly lower than the current television deal, which thanks to Brexit is a real possibility, then Premier League clubs may have to look at getting rid of these contracts.

But, because the contracts are far above of what players can earn in other leagues, the Premier League may find that they will have to pay compensation to players in order to encourage them to leave. In a way, we saw something like this before when the Bundesliga was hit hard by the bankruptcy of the Kirch-Media Gruppe in the early 2000s, which let to a major crisis in the league.

There is yet another factor that could hit the Premier League hard—the fact that foreign investors own many Premier League clubs. There is no indication yet on how the UK will place itself in the future global market, but there will certainly be questions asked by some foreign investors as to whether the Premier League remains a safe place to invest, especially given the potential volatility of the television deal. Some owners also like to sun themselves in their investment—see Roman Abramovich at Chelsea—and these owners will carefully scrutinize how accessible the UK will be in the future.

Manuel Veth is a freelance journalist, and holder of a Doctorate of Philosophy in History from King’s College London. His thesis is titled: “Selling the People’s Game: Football’s transition from Communism to Capitalism in the Soviet Union and its Successor States”, and will be available soon. Originally from Munich, Manuel has lived in Amsterdam, Kyiv, Moscow, Tbilisi, London, and currently is located in Victoria BC, Canada.  Follow Manuel on Twitter @homosovieticus