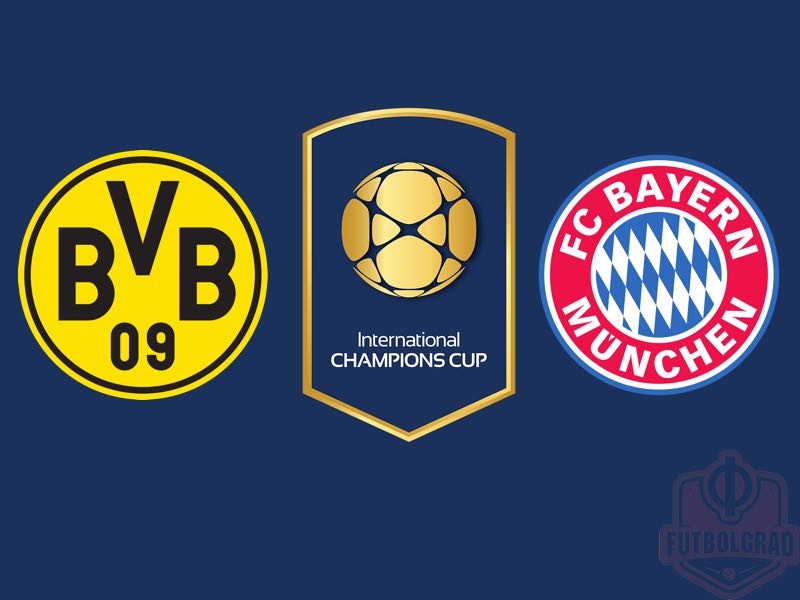 Bayern München’s players looked exhausted following the 4-0 defeat to AC Milan in Shenzen. The friendly match that was played as part of the International Champions Cup, a world wide pre-season tournament that takes place in China and the United States, was already the second disappointing preseason result for Germany’s giant.

Bayern lost their first ICC game on July 19 against Arsenal after penalties. As the match in Shenzen, the game against Arsenal took place at tropical temperatures, and Bayern had to do without several key players. Joshua Kimmich, Niklas Süle, Sebastian Rudy and Arturo Vidal are still on holiday following their participation at the Confederations Cup this summer. Thiago and Juan Bernat left the squad early due to injury and Manuel Neuer, Arjan Robben, as well as Jérôme Boateng, did not travel with Bayern to Asia.

This does not mean, however, that Bayern did not have a top team in China. Except for replacement keeper Christian Früchtl, all the players on the field are important squad players. Perhaps the better explanation would be that Bayern have simply reached a point in their pre-season camp where the players have become a little bit over trained. 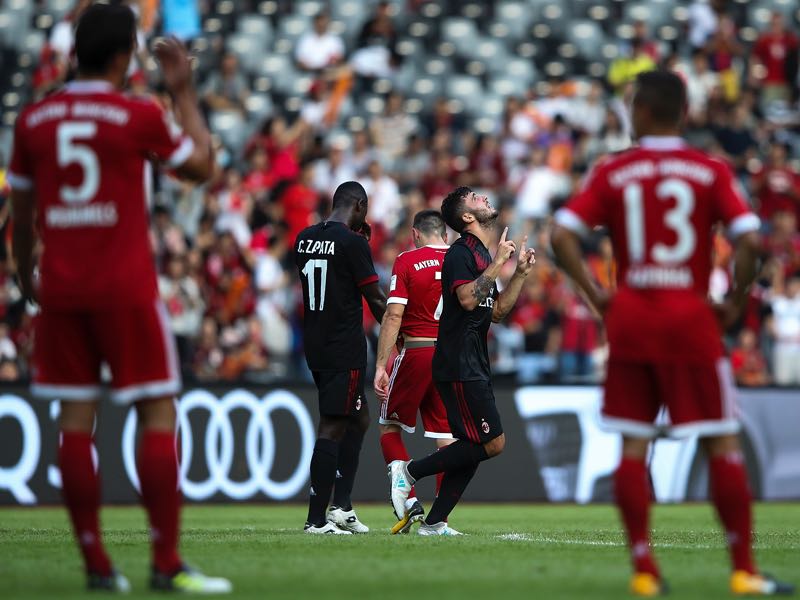 Der kicker fittingly spoke about a dead point that had been reached in Bayern’s pre-season preparation. The players tired from training and from playing under tropical conditions simply fell apart against an AC Milan side that seems to be further in the pre-season preparations than the Bavarian giants.

Bayern has Disappointed at the International Champions Cup

Some of this might have to do with the fact that Carlo Ancelotti, motivated by Bayern’s one title season, has introduced a more demanding training regime this summer. The Italian knows that Bayern’s management is expecting the Champions League title—despite President Uli Hoeneß’s recent statement that the club is somewhat in transition.

The Italian head coach, therefore, has to drive a fine line between international marketing and pre-season preparation at the International Champions Cup. Bayern will now be off to Singapore where they will face Chelsea on Tuesday, July 25 and then Inter Milan on July 27. The club will then return to Munich to start preparations for the DFL Supercup where they will face Borussia Dortmund on August 5 at the Signal Iduna Park.

Borussia Dortmund was one of the two other sides on the road in China—the third was Dortmund’s rival Schalke 04. Unlike Bayern, Dortmund left a better impression in China. Facing AC Milan in Guangzhou on July 18 die Schwarz-Gelben quickly dispatched the Italian side with a 3-1 victory. Before travelling to China Dortmund also travelled to Japan where they won a friendly match against Urawa Red Diamonds. 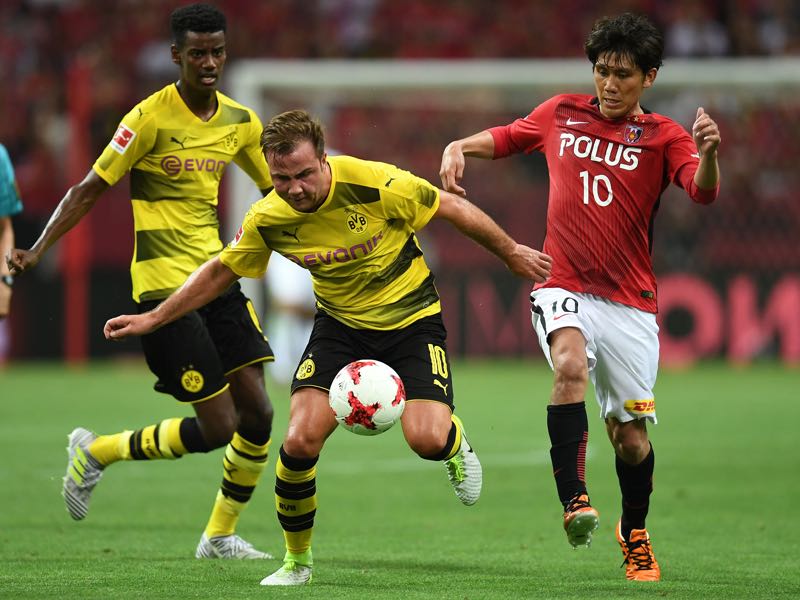 The club then returned to Germany to play a friendly against VfL Bochum on July 22. But one could sense at the match that Dortmund’s travel around the globe had been less than ideal pre-season preparation for the players. Bochum took a 2-0 lead, and it was only thanks to Dortmund’s superiority that die Schwarz-Gelben escaped with a 2-2 draw in the end.

It is, therefore, no surprise that many fans question the international tours of the big German clubs. Asia, and China, in particular, is an important market for the Bundesliga. The German top division is the most popular league in China’s digital media ahead of the Serie A, La Liga and even the English Premier League. Travelling to China is, therefore, a necessity for a league that is in danger of being outspent by their English competition thanks to the Premier League’s massive television deal.

The Bundesliga Feels it Needs International Exposure to Compete

Bayern, in particular, have therefore travelled to China and the United States to increase the league’s profile abroad. Dortmund in the meantime have been in Asia for three years running and plan to travel to the United States next season to take part in the International Champions Cup on the North American continent.

Other Bundesliga teams were also on the road. Schalke, although they were not part of the International Champions Cup, also travelled to China to take part in the Bundesliga World Tour. Die Knappen beat the Turkish side Besiktas 3-2 on July 19 in ZhuHai and then drew 1-1 against Inter Milan on July 21 in Changzhou. 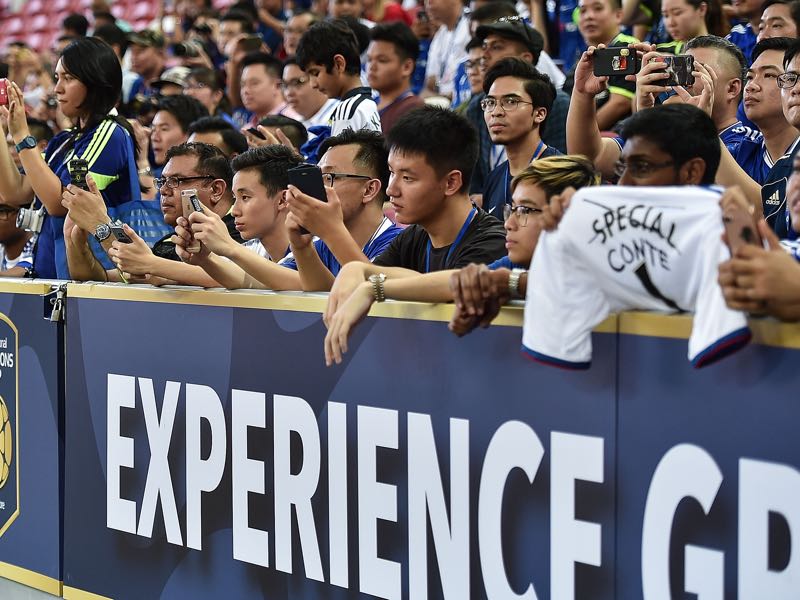 The International Champions Cup, in particular, has become an important platform for European clubs to present themselves on the global market. (Photo by Thananuwat Srirasant/Getty Images for ICC)

Eintracht Frankfurt in the meantime went on a summer tour to the United States to play friendly matches against the Seattle Sounders (1-1), San Jose Earthquakes (4-1 defeat) and Columbus Crew (1-0 loss). Frankfurt hoped to somewhat capitalise from USA national team player Timothy Chandler’s presence in the squad. But whether the two defeats and the one draw will have helped the club to increase its profile in the United States remains to be seen.

Tournaments like the International Champions Cup in Asia and the United States continue a fine line for clubs. On the one hand, the Bundesliga feels it needs to increase it’s standing in the world to compete with the English Premier League. On the contrary, the league can only grow by becoming more competitive internally—someone other than Bayern winning the league for example—but also internationally.

It has been twenty years since a Bundesliga side has won the Europa League/UEFA Cup and only Bayern (twice) and Dortmund (once) have won the Champions League in that same period. An argument could be made that a more competitive league and Bundesliga clubs winning in Europe during the season, rather than in the heat of China or the USA during the summer, would do more for growing the league internationally.