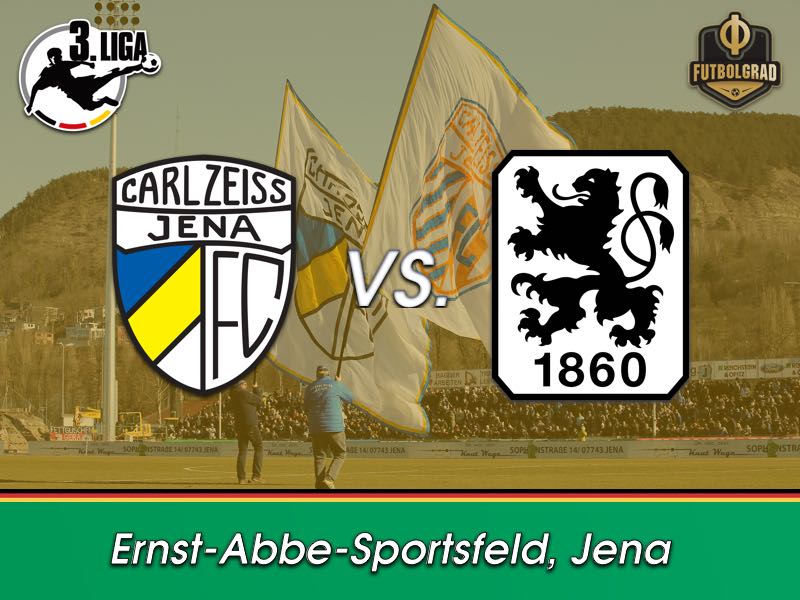 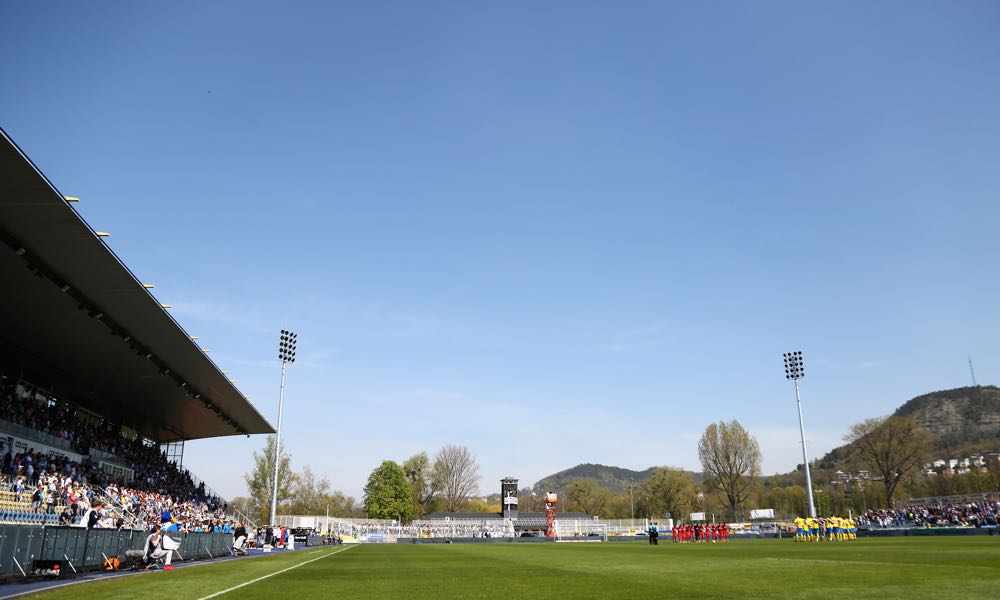 It is an all or nothing game for Carl-Zeiss Jena. The 1981 UEFA Cup Winners’ Cup finalist and three times GDR champions are once again on the brink of being relegated to the Regionalliga Nordost.

Just one point currently separates 16th spot Jena and 17th spot Großaspach. Hence, only a victory at the Ernst-Abbe-Sportsfeld would assure Carl-Zeiss’ survival on Saturday.

There is a good chance, however, that Jena will collect the necessary points. The club, after all, has managed to win four out of the last five games. “Some players hoped that we wouldn’t do gym work before the game to preserve energy but we need the power from the gym to keep the strength,” head coach Lukas Kwasniok said this week.

Power football but without key players Manfred Starke and Justin Schau but with 10,600 fans as the Ernst-Abbe-Sportsfeld will be sold out for the first time this season. That is in some part due to the opponent as the Lions from Munich will once again bring plenty of fans.

But will they return with the points? 1860 Munich secured safety last week, and then this week the club spent plenty of energy discussing the future. Daniel Bierofka, in particular, has been critical stating that there is not enough money to put together a squad for next season.

“I don’t know a single system that can be played without a centre-back,” Bierofka complaint after the game against Fortuna Köln. The club’s budget is €3 million, €200,000 more than what Osnabrück spent this season, but much of the money that was supposed to be spent as a two-year plan was earmarked last summer by sporting director Günther Gorenzel.

Gorenzel, in particular, has been under fire as his squad planning created a big squad with many players that are not Liga 3 level. Meanwhile, President Robert Reisinger does not want to create further debt and has refused to take more money on credit from investor Hasan Ismaik. Thankfully, sponsor Die Bayerische wants to help the club with a quick investment and even buy shares from Ismaik.

Perhaps that will be the solution for the future. The present is Jena, a club that needs the points more urgently than 1860 and is, therefore, favourites to win the game on Saturday.

Carl-Zeiss Jena vs 1860 Munich – Players to look out for:

Philip Tietz has been Carl-Zeiss’ top goalscorer this season. On loan from SC Paderborn 07 the striker has scored 11 goals in 31 games this season. Six of those 11 goals, in fact, have come during the second half of the season and, as a result, Tietz is one of the key players in Jena’s relegation fight. 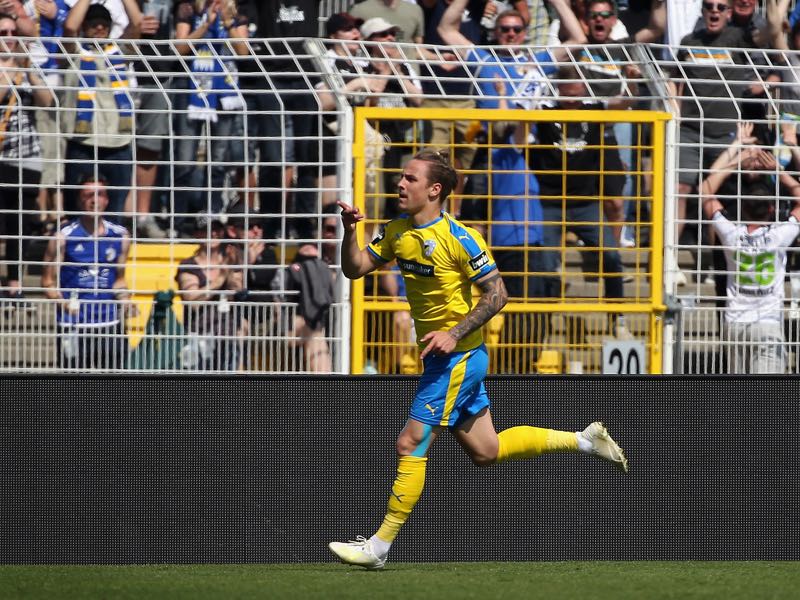 Phillip Tietz of Jena celebrates the second goal during the 3. Liga match between FCCarl Zeiss Jena and SV Wehen Wiesbaden at Ernst-Abbe Sportfeld on April 20, 2019 in Jena, Germany. (Photo by Karina Hessland/Bongarts/Getty Images)

Injury problems mean that Daniel Bierofka will have to improvise against Jena. As a result, Koussou could be given a rare start and an opportunity to show that he can play a bigger role going forward. This season Koussou has made just seven appearances not enough for his aspirations. 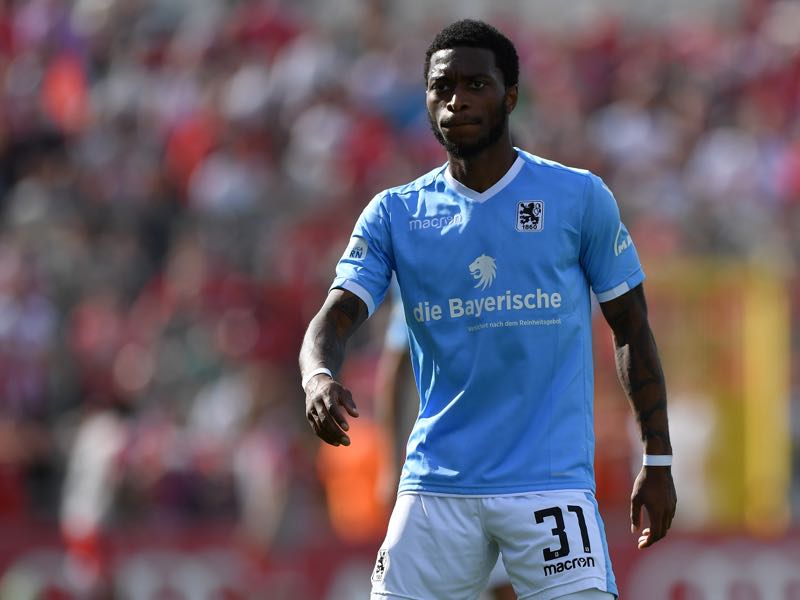 Kodjovi Koussou of 1860 Muenchen looks on during the Regionalliga Bayern match between FC Bayern Muenchen II and TSV 1860 Muenchen at Stadion an der Gruenwalder Strasse on April 29, 2018 in Munich, Germany. (Photo by Sebastian Widmann/Bongarts/Getty Images)