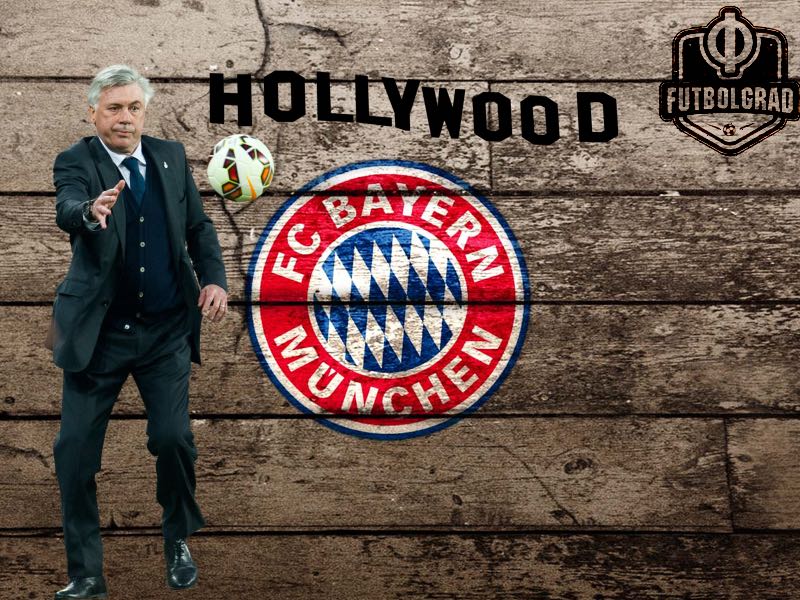 Carlo Ancelotti and the Return of FC Hollywood at Bayern

Where there is smoke, there is fire. Hoffenheim head coach Julian Nagelsmann has recently spoken about his desire to coach Bayern München one day. “Bayern have a special place in my dreams.” Meanwhile, former Bayern München midfielder Mario Basler has claimed on Sport 1 that Carlo Ancelotti has signed a pre-contract in China.

Basler was a great midfielder, who was also known for his appetite for Weißbier and love of cigarettes. He is, however, not known as someone still well connected within the Bayern hierarchy and his talk about Ancelotti was more likely picked up in one of Munich’s famous Stammtische rather than through networking.

At the same time rumours about Ancelotti leaving Bayern after or pending results even during this season, are not necessarily dumbfounded. The reality is that there are rumblings that Ancelotti may have lost the dressing room. Some of that was evident in Bayern’s recent 3-0 victory over Anderlecht in the UEFA Champions League.

Frank Ribéry was visibly angry with Ancelotti following his substitution in the 78th minute. The French winger is upset that he is rarely given an opportunity to play over the full 90 minutes under Ancelotti. He is also upset that he was substituted in the two quarterfinal games against Real Madrid, the semifinal against Borussia Dortmund and the final game against VfL Wolfsburg last season.

Ribéry was adamant during the preseason that he was fit enough to leave a mark on this season. He was then one of the big winners in what was overall a disappointing preseason for Bayern. It is understood that Ribéry is disappointed that he has not been allowed to play the full 90 minutes in any of the games this season. Hence, matters came to a boil after his substitution against Anderlecht where Ribéry was shown arguing with assistant coach Willy Sagnol over and over pointing in the direction of Carlo Ancelotti, who did not even meet him to shake hands after the substitution. 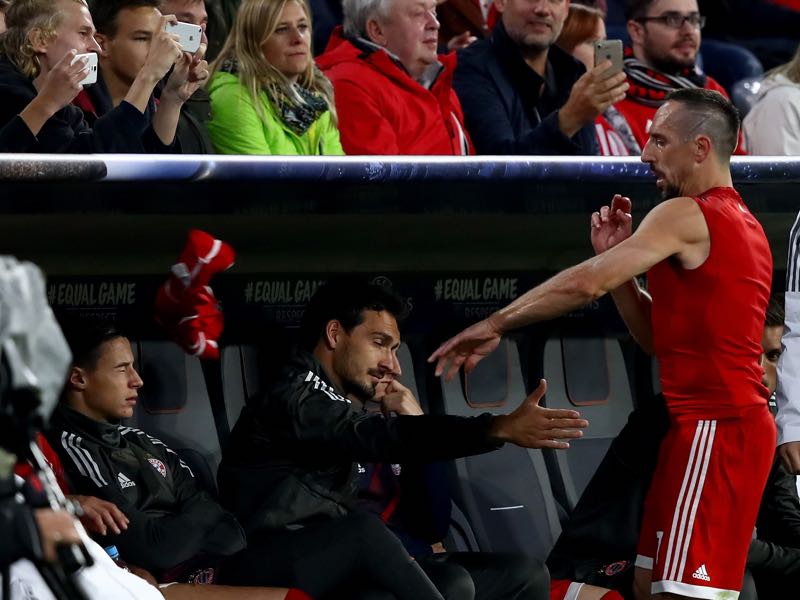 Frank Ribéry was visibly upset with Carlo Ancelotti after being substituted in the Champions League game against RSC Anderlecht. (Photo by Alexander Hassenstein/Bongarts/Getty Images)

Ribéry is, therefore, one issue. Another problem is Robert Lewandowski, who has been disappointed with Bayern’s transfer policy this summer. The Futbolgrad Network understands that Lewandowski has privately expressed his desire to leave the club to move to his dream club Real Madrid. Lewandowski is under contract until 2021, but his statements that contracts can be broken should worry the Bayern hierarchy—especially after a summer of player strikes and massive transfer sums being paid.

Here Bayern appear in the driver’s seat, however. The Bavarians do not have to sell the Polish striker. But there has been discontent about Lewandowski’s recent statements, and Arjen Robben has spoken out against selfish behaviour in the dressing room. The two briefly clashed in the match against Anderlecht shouting words at each other after Lewandowski selfishly tried to convert a chance by himself rather than passing the ball to the better positioned Robben.

At Real Madrid, Paris Saint-Germain and Chelsea, Carlo Ancelotti was able to handle the big egos in the dressing room. This does not seem to be the case here. His approach to give players room to develop did not bring success in the first season and his more disciplinary approach this season has increased the discontent among individual players.

Finally, there is the issue with Thomas Müller. Müller told kicker that a transfer away from Bayern would not be impossible. Those statements, in particular, should make the alarm bells ring in Karl-Heinz Rummenigge and Uli Hoeneß’s offices. Müller is the last real Bavarian in this squad and needed to bridge Bayern’s image as a global club that is deeply rooted in Bavaria.

Müller’s dramatic drop of form under Ancelotti is alarming. The forward has recently stated that he is not sure whether his abilities are needed by the coach. Müller, whose game lives from his confidence, seems unsure on the pitch. The forward known for his instinctual play is confused on the pitch trying to figure out his place in Ancelotti’s system.

Bayern are gradually turning back into FC Hollywood. There are parallels to the times under Otto Rehagel, Jürgen Klinsmann and Louis van Gaal. A split between the players and the coaching staff, fragmentation among the players and finally, as it was the case under van Gaal with Christian Nerlinger, a sporting director with Hasan Salihamidžić, who is still trying to assert his authority.

All of this makes for a recipe where it would not be inconceivable that Carlo Ancelotti could leave Bayern at the end of the season. A lack of positive results could mean the Italian would be gone even sooner. Traditionally, Bayern are a patient club, and any change would not come until about matchday 28 to 30 and only if Bayern should be threatened to miss out on their core objective—the Bundesliga title.