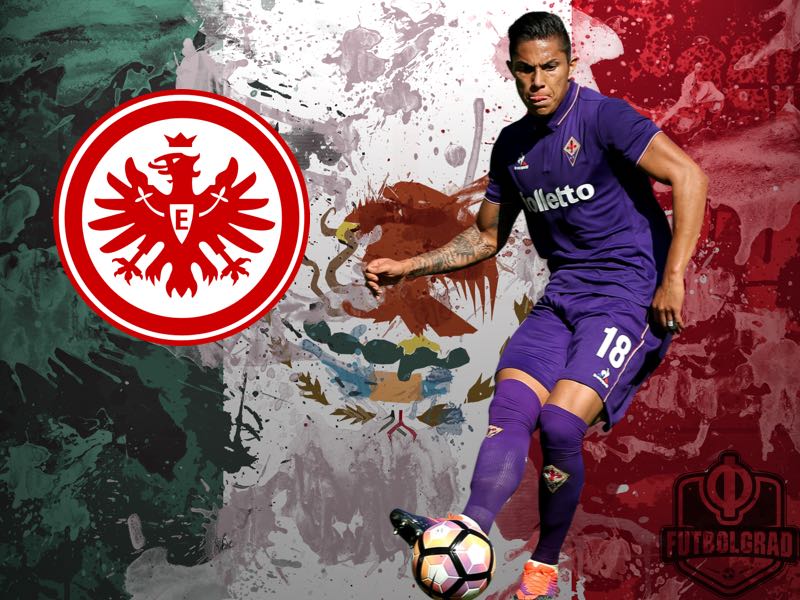 Jesús Vallejo was Eintracht Frankfurt’s most prominent defender last season. The highly talented 20-year-old Spanish defender was, in fact, one of the rookies of the last Bundesliga season. The problem, however, was that Vallejo was only on loan from Real Madrid, who have now ordered the defender back to Spain where he is expected to play a major part in Real’s first team next season. But in Mexican defender, Carlos Salcedo Eintracht Frankfurt have found a replacement for Vallejo.

Signed from Mexico’s Clausura champion Deportivo Guadalajara, better known as Chivas, Salcedo becomes the second Mexican player in Eintracht Frankfurt’s squad. The Mexican defender, who is currently on national team duty at the FIFA Confederations Cup in Russia, already stated on Instagram that he is excited about this new adventure. 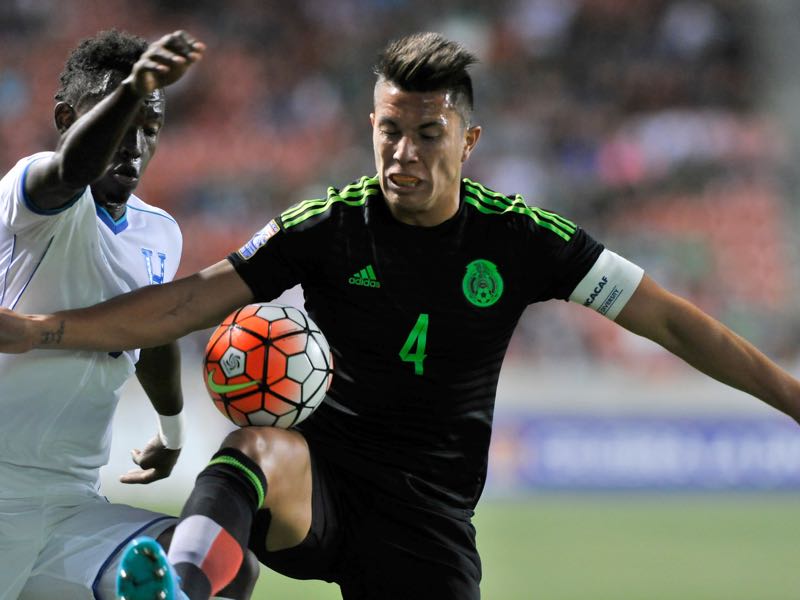 Carlos Salcedo has been in Eintracht’s scout books since the 2016 Olympic Games in Rio de Janeiro where the defender played three games and scored one goal. Salcedo in many ways will be the perfect replacement for Jesús Vallejo. Both players do not stand out through their physical appearance and are therefore considered playing defenders, who are dependent on their positional play and ability to open the play through their passing skills.

There is, however, a decisive difference between Vallejo and Salcedo. Salcedo, like his future teammate Marco Fabián, comes from the Chivas football school in Mexico. Chivas are in many ways a particular club in Liga MX. Not unlike Atheltic Bilbao, the club solely fields players of Mexican decent and has produced some of the best players in Mexican football including Fabián, Chicharito, Carlos Vela and Omar Bravo.

Competing in Liga MX, and the CONCACAF region, in general, means that Salcedo underwent a very different football school than Vallejo. Football in Mexico can be extremely demanding and emotional. Competing in cities such as Mexico City, Queretaro and Pachuca means that players have to deal with extreme altitude difference from matchday to matchday.

There are some comparisons of course to the style played in Mexico to the Bundesliga. Clubs in both competitions are extremely attacking minded. In fact, Liga MX can at times appear chaotic with the game flowing back and forward in quick successions. The style of play is also very aggressive, and while it would be harsh to call Liga MX dirty, it has to be noted that the league was suspended at one point last year due to a referees strike.

Playing defender in such a competition can be therefore challenging. Centre-backs are required to both play physical and also possess stylistic elements such as a good passing game and tactical awareness. Carlos Salcedo possesses both, and it was, therefore, no surprise when the Italian Serie A side Fiorentina loaned the player from Chivas last summer.

Salcedo, however, struggled somewhat at Fiorentina. Playing the more tactical low defensive line football of the Serie A was perhaps not the best transition from Mexico to European football. Another aspect was the fact that Fiorentina head coach Paulo Sousa struggled to form a competitive squad last season. Hence, the bottom-line was 18 games in the Serie A and two games in the Europa League last season.

In the end, Fiorentina, therefore, decided not to make the loan move permanent and send Carlos Salcedo back to Mexico. Carlos Salcedo’s time in Italy should not mean that Frankfurt will have to worry. Moving from Mexico to the Bundesliga should be a much better fit for the defender.

The Bundesliga is the European Version of Liga MX

The Bundesliga is perhaps the closest league in style of football to the Mexican Liga MX. Furthermore, Eintracht Frankfurt head coach Niko Kovac seems to prefer players who can combine dynamic elements with beautiful football. A perfect example is Eintracht’s other Mexican player Marco Fabián, who has been described on the Futbolgrad Network as Eintracht’s “cheeky magician.”

Fabián arrived at Eintracht 18 months ago and took half a season before he was fully integrated into the squad and the German culture. Fabián, who is already completely fluent in German, will now play a major part in ensuring that Carlos Salcedo will not require half a season to learn the ropes at Eintracht.

In fact, Fabián’s presence could be one of the primary reasons why Eintracht have landed another Mexican player for their squad. It is also a move that could pay significant dividends. Eintracht Frankfurt will be touring the United States this summer and having two famous Mexican national team players in the squad will ensure that the club will be able to further increase their market share in the critical North American television market.