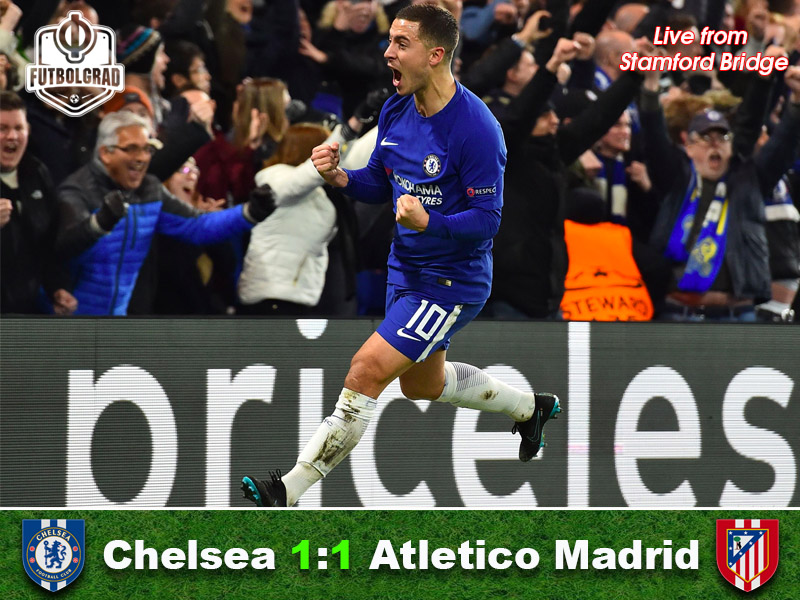 Chelsea v Atletico Madrid kicked off with the English side already knowing their place in the knock-out stages of this competition was safe. Their visitors, Atletico Madrid had it all to play for, fighting AS Roma for the last qualification place in Group C. The Londoners welcomed two old boys back to Stamford Bridge, Filipe Luis and Fernando Torres on what was a mixed night for the English champions.

It was the returning Torres who had the first sight of goal – finding space just outside the six-yard box he fired a dangerous shot towards Courtois, but the ball flew over the crossbar.  Saul Niguez kept the ball through to Morata quiet for the opening 10 minutes but that initial supply stoppage wasn’t to last much longer. Chelsea began to find their feet but not before their old striker went close again. Torres broke free just inside the attacking half and drove at the Chelsea defence on 15 min, the ex-Chelsea player fed a good ball through to Partey but the Ghanaian was unable to get his shot off.

Alvaro Morata almost broke the deadlock on 17 minutes, the ex-Real Madrid striker turned and whipped in shot that left Oblak flat footed, the ball just evading the right side of the Atletico goal, it was the first warning of the night for the team from Madrid.  Simeone was crying out for his side to attack, they responded almost instantly. Griezmann made light work of the Chelsea defence on 25 minutes, driving at pace he slipped the ball through to Fernando Torres. The striker was unable to control the ball allowing Cahill to clear easily.  The half began to settle and a number of niggling fouls from both sides began to filter out any natural rhythm the game needed.

Zappacosta produced a fine save from Oblak just after the half-hour mark, the Slovenian at full stretch somehow just managed to tip the ball around his left-hand side post. As the half drew to a close both sides lacked any real quality to break their opponent down. 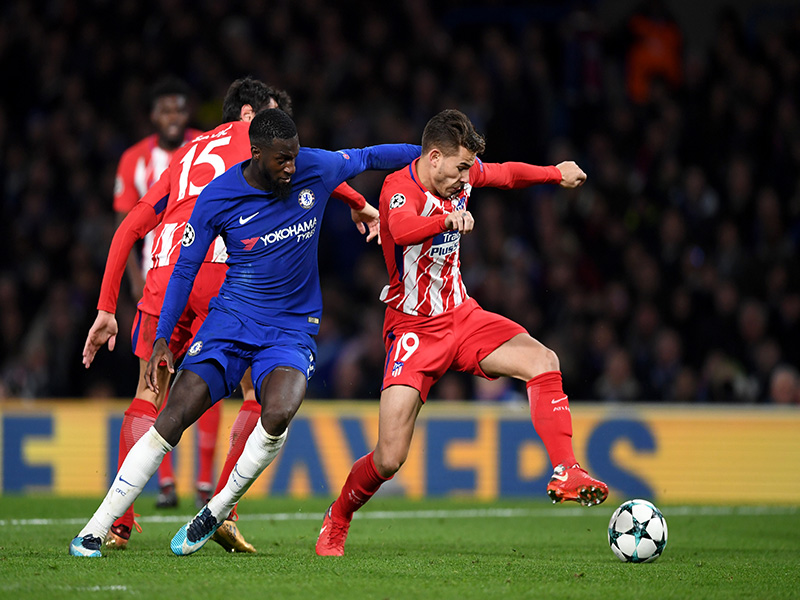 Antoine Griezmann had the opening sight of goal inside the first minute of the new half. Firing a dangerous looking free-kick over the Chelsea wall he only managed to find the safe hands of Courtois. This spurred the home side into life, Christensen tested Oblak one minute later and then Hazard saw his chance blocked by Savic seconds after, it was a tremendous passage of play for the home side, but the score remained tied.

Filipe Luis then cracked the woodwork, striking a loose ball on the edge of the area the ex-Chelsea defender caught the ball sweetly and it crashed back off the post, it was the closest we had come to a goal all evening.   Fast forward three minutes and horrendous marking allowed Saul Niguez to head home the ball from a Fernando Torres flick on. Bakayoko decided not to track his man, thus allowing the midfielder all the time and space he needed to nod the ball into an empty net from four yards. The visiting fans went wild in the corner of Stamford Bridge and the remaining three sides fell silent.

To their credit Chelsea pushed on to find an equaliser, Christensen misguided his header from three yards out on 67 minutes and the best blue chance of the evening went begging. The home side peppered the Ateltico Madrid goal and were rewarded on 75 minutes as Eden Hazard fired a shot past Oblak with the help of a Savic deflection — Stamford Bridge found its voice again. 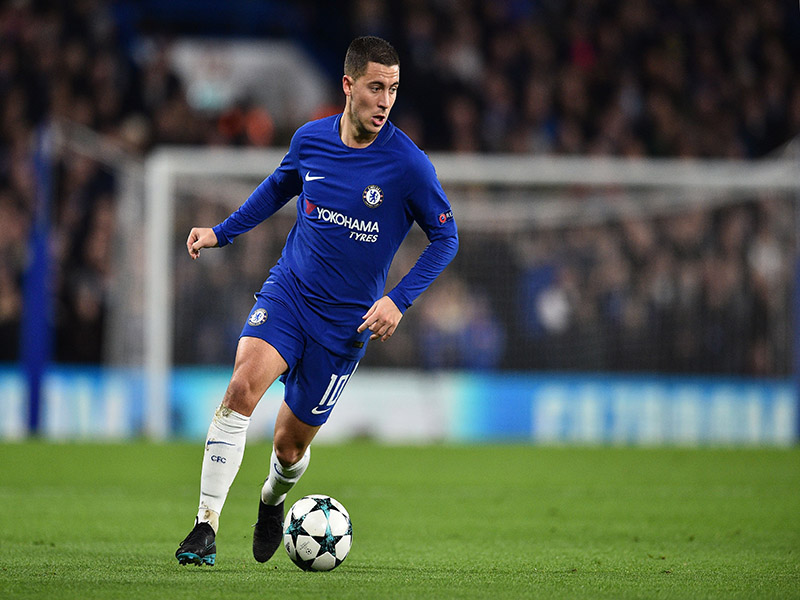 The Belgian was a thorn in the side of Simeone’s Atletico side all evening. Unafraid to drive at his opponnets he twisted and turned with ease. A key player in all of the Chelsea attacks it was his persistence that eventualy paved the way for the equaliser.

The football may have been routine but the sideline was far from it. The two coaches erratically paced their technical areas, in a display that lasted the entire fixture. Simeone kicking every ball his Atletico side challenged for and Conte not that far behind. The passion shown by both coaches was a direct insight into why both these teams are perennial challengers for silverwear.