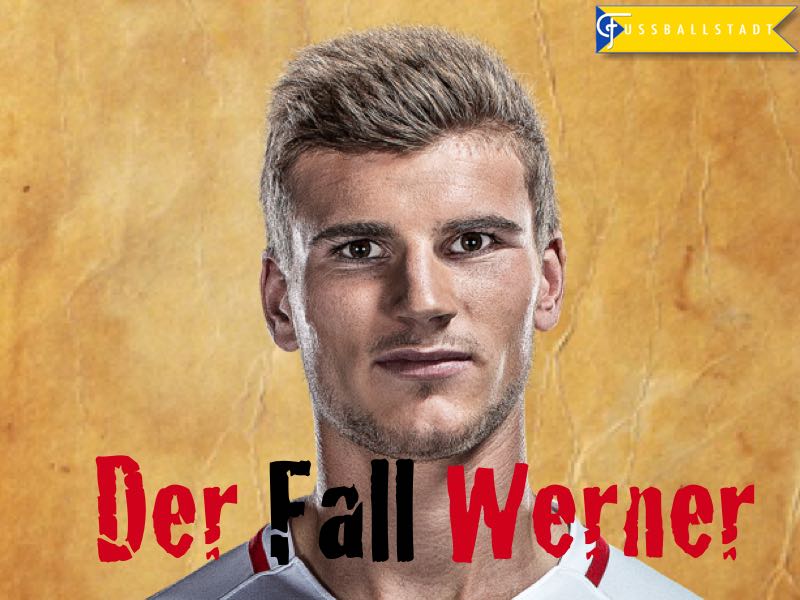 A commentary on the Timo Werner dive

It was the opening scene of the game between RB Leipzig and Schalke. The game was 20 seconds old when Timo Werner tanked himself through Schalke’s defence past defender Naldo and then fell, and it appeared that Schalke keeper Ralf Fährmann had made contact with Leipzig’s forward.

At first glance, it looked like a clear penalty, but the replay later showed that neither Naldo nor the goalkeeper, Fährmann, had touched Timo Werner. It is no surprize, therefore, that Timo Werner’s dive in the Saturday night game was one of the main topics in Germany’s papers, and on football talk shows on Sunday and Monday.

The German football magazine kicker titled “Der Fall Werner” (Fall has a dougle meaning in German and the phrase translates into both the Werner Case, and Werner falling down), and the Germany’s Bild am Sonntag quoted Werner directly, as saying: “It was a dive – period”. Bild on Monday, meanwhile, has called the Leipzig forward “Schwalben-Werner”—diving Werner.

At the meantime, Werner has admitted to the Bild Zeitung that there was no contact with the FC Schalke 04 keeper:

“I can only repeat what I said yesterday: Naldo pulls on me, and I start to stumble at high tempo, and therefore try to get a shot away—everyone can see that. Of course it, therefore, does not only look like a dive, but it is one—period. Because if Ralf Fährmann never touched me, which I have always pointed out, what else would it be?”

The controversy got even more heated when Werner told the media that he had told several Schalke players, and referee Bastian Dankert right after the “foul” that Fährmann had not made contact with Werner. Instead Werner believed that Dankert was issuing the yellow card to Naldo rather than Fährmann.

Dankert, on the other hand, told the media that there was no conversation between him and Werner during the entire process. Fährmann, however, told Bild that Werner said to him “Ralf you didn’t touch me.” Furthermore, Fährmann pointed out” “The referee was one meter next to me. He must have heard it, and should have reverted his decision.”

One thing is for certain, Dankert should have never given the penalty. In fact, in many ways, the entire episode is reminiscent of when Andreas Möller conducted what Germans call the Mutter aller Schwalben (the mother of all dives) in the Bundesliga game between Borussia Dortmund and Karlsruher SC on April 13, 1995.

Borussia Dortmund were 1-0 down at this point when Andreas Möller went down in Karlsruhe’s box. Referee Günther Habermann fell for the dive, and Michael Zorc converted the penalty, and Borussia Dortmund eventually won the game 2-1, and also secured the German title later that year.

Möller was later fined 10,000 Deutsche Mark, and banned for two matches by the DFB (the German football association). It will be interesting to see how DFB will evaluate Werner’s blatant dive against Schalke, but it would be a surprise if there will be no major penalty against the player.

The Werner scandal was also a major talking point in the World Football Index Gegenpressing – Bundesliga Podcast this week, and I can only re-iterate what I said on the Podcast. It is necessary that there be harsher penalties levied against divers, which should range from match bans, and heavy fines.

Timo Werner’s dive highlights the need for for video refereeing

Werner’s dive, however, also highlights something else. Watching the scene in real time on Saturday, I myself believed that Werner was brought down in the box. It is only in the replay that it becomes apparent that Werner was not touched by Naldo or Fährmann.

It is no doubt that a video referee could have told Dankert within seconds that Werner was not fouled in the box, and that the Leipzig forward had committed a dive. The Bundesliga is currently testing video referees by having them observe every game without communicating with the referee, and it is understood that the system could be introduced as early as next season.

In many ways, this scene is a perfect example of why we need video refereeing in professional football because, while players were still arguing with the referee, the average viewer at home already knew that Werner was not fouled. In fact, most of the time, referees and players spent several seconds anyways to argue decisions. Hence, there would be no time lost by using a video referee, who could determine a final verdict very quickly.

As for Timo Werner? Anything other than a hefty fine and a suspension would be a disappointment. But, perhaps for him, the worst punishment will be the fact that any referee will now think twice before awarding a penalty to him, or his club, if he is fouled in the box.