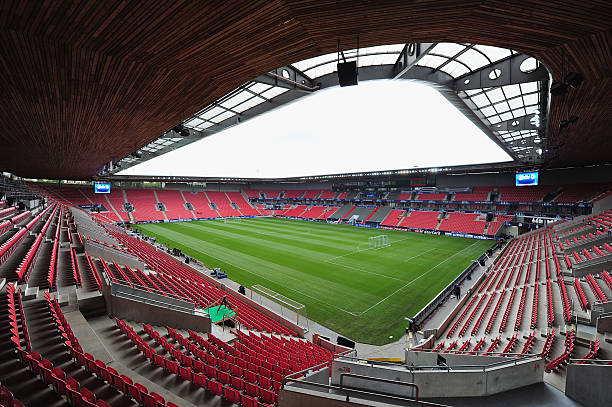 Czech Republic vs Germany will take place at the Eden Arena in Prague. Photo by Shaun Botterill/Getty Images)

Germany are six points away from winning UEFA Group C and qualification to the 2018 FIFA World Cup. After a poor qualification to the European Championships in France and a tournament that ended in disappointment when Germany was eliminated in the semi-final by France, Germany’s national team head coach Joachim Löw has been adamant that die Mannschaft would attempt to be perfect in this round of qualification.

Löw believes that setting a positive mentality throughout qualification will translate to a perfect tournament at which end Germany hopes to defend their World Cup title. This far Germany have been just that winning six out of six matches and scoring 27 goals and conceding just once. Furthermore, Germany also managed to win the 2017 FIFA Confederations Cup despite picking a somewhat weakened side.

Despite playing without eight nominal starters and a squad that had to be split up to allow Germany to send a competitive team to Poland for the U-21 European Championships Löw put together a strong team that surprised many by going all the way in Russia. As a result of Löw now has up to 50 players to choose from for next summer’s World Cup. For now, it appears that the ConfedCup boys have a slight advantage over some of the more established players. Löw ended up picking 17 players from the ConfedCup for this round of qualification matches and while some of those players may have been less known before the summer some of them like Leon Goretzka, Timo Werner, Niklas Süle and Sebastian Rudy have now very much established themselves in the national team.

Hence, the Czech Republic will have a mountain to climb when they host die Mannschaft on Friday. Coached by Karel Jarolím the Czech national team are backed against the wall. Ranked four points behind Northern Ireland, who will face San Marino on this matchday, they need at least one point to not have the gap open too much. The Czechs will visit Northern Ireland on September 4, and Werder Bremen left-back Theo Gebre Selassie told kicker on Monday that anything, but six points out of those next two matches could essentially mean the end of the country’s World Cup dreams. With an inform Germany visiting this Friday, however, this dream could be over sooner rather than later.

Czech Republic vs Germany – Players to look out for:

Patrik Schick has been one of the most sought after striking prospects in European football this summer. Linked to Bayern, Borussia Dortmund, AC Milan, Juventus and several English clubs Schick has finally moved clubs on August 29 signing for Roma. The 21-year-old scored 11 goals and five assists in 32 Serie A games for Sampdoria Genoa last season. Labelled the next Zlatan Ibrahimović by the Italian media Schick is a deadly finisher, who can play as a target man and as a false nine. 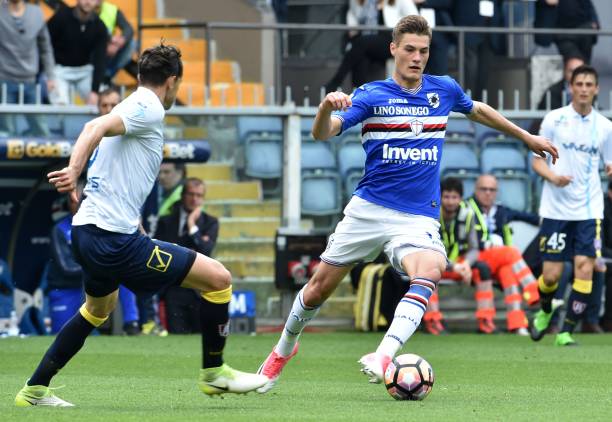 The last few days have been difficult for Thomas Müller. The forward had been left out of Bayern München’s starting eleven against Werder Bremen. Replaced by Thiago, who still is not 100% match fit, Müller told the media after the game that perhaps his “skills weren’t required at Bayern at the moment.” Germany’s leading media outlets have still jumped on the side of Thomas Müller criticising Bayern head coach Carlo Ancelotti for not starting Müller, and Lothar Matthäus has gone on record saying that Müller needs a coach, who trusts him. Löw is certainly that kind of coach, and while Müller’s status at Bayern is threatening to become a political problem back home in Munich, there is no doubt that Müller will play for Germany on Friday. In fact, Löw might even bank on Müller being disappointed and wanting to show his Bayern coach that he had been wrong overlooking him. 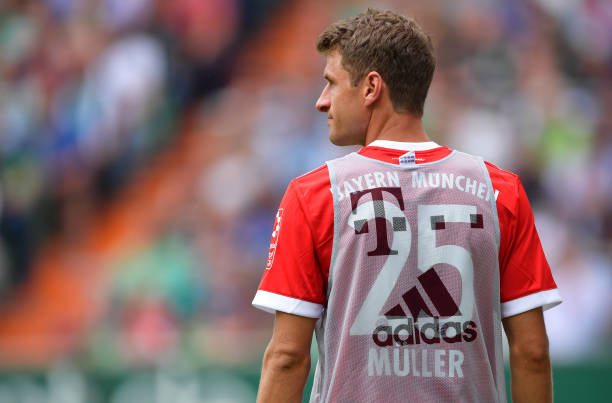 Thomas Müller has been left out of Bayern’s starting eleven against Werder Bremen. (Photo by Stuart Franklin/Bongarts/Getty Images)