Divock Origi – From Liverpool’s Fringe to the Wolves Pack 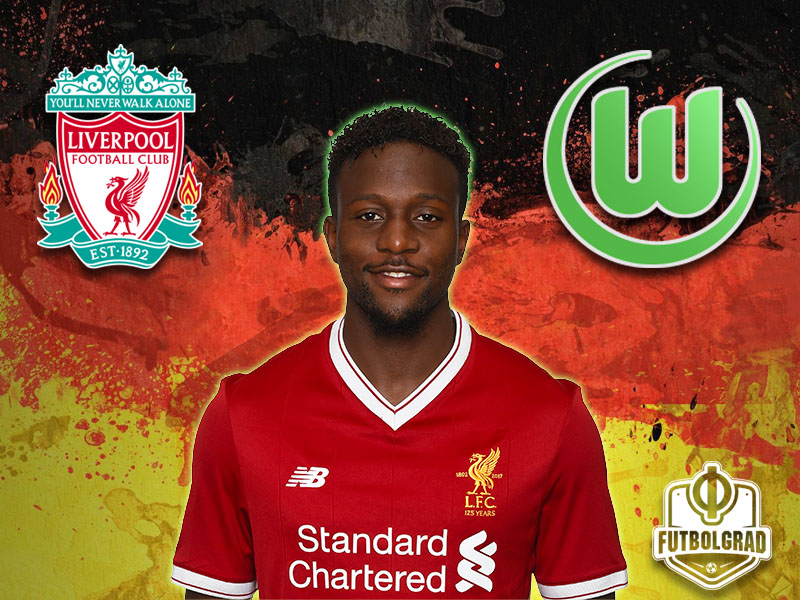 Divock Origi swaps the red of Liverpool for the green of VfL Wolfsburg (Photo: Futbolgrad Network)

Divok Origi’s deadline day loan move from Liverpool to VfL Wolfsburg may not have been a complete surprise, but what exactly will the Belgian striker bring to the Volkswagen Arena? With Liverpool inserting a return option that can be activated in January, Andries Jonker might find that any success he can wring out of the forward could be the catalyst for Jürgen Klopp to whisk him back to Anfield. Four months or eight, the powerful centre forward should offer Die Wölfe an alternative output.

Arriving in Liverpool for a start on the 2015/16 season Origi came via LOSC Lille. Originally purchased in the summer window the year before, he was immediately loaned back to Lille for the 2014/15 season. A bright youth talent, his form did initially dip after the €12.6m transfer, but the 22-year-old kept fellow Belgian, Romelu Lukaku, out of the national side starting line-up.

Origi landed at Liverpool during a transitional period – Luis Suarez had departed for Barcelona and fellow red-hot striker, Daniel Sturridge, was becoming besieged by injury. Also in the mix was an under-fire manager, Brendan Rodgers had lost over 60 goals with the absence of his top two strikers – Origi found himself with significant expectations to carry on relatively young shoulders, with fellow Belgian Christan Benteke failing to hit the heights expected, the pressure on Origi was at a level not first envisaged.

He had to wait until the fourth game of the Premier League season to taste his first action in a red shirt, coming on as a late substitute in a 3:1 defeat to Manchester United at Old Trafford, Origi had a baptism of fire. He did though go on to get more game time in the English domestic cup competitions as well as the Europa League. Once Jürgen Klopp arrived on Merseyside, Origi found his game time increasing. In his first season his highs included a hattrick away at Southampton in the League Cup and a crucial away goal at Dortmund in the Europa League Quarter Final, but he also tasted defeat in two cup finals. Firstly, at Wembley against Manchester City in the League Cup, then as part of the Europa League Final collapse in Basel against Sevilla. On the whole, his reception on Merseyside was mixed.

For Klopp’s second season, Origi found himself utilised as an impact player. Only featuring in six full 90 minute games over a season of 38 Premier League games, it was the domestic cups which brought Origi most of his game time. With Liverpool’s German head coach preferring a front 3 setup, Origi found himself way down the pecking order. Adam Lallana, Phillipe Coutinho, Roberto Firmino and even an injury blighted Daniel Sturridge all seemed to get the first nod over the Belgian. It was starting to become evident that if Origi wanted to develop as a player his future may lie outside of Anfield. With the arrival of Mo Salah from Roma in July of 2017 the door on Origi’s exit started to become wider, and with Andries Jonker experiencing squad injury woes himself, the loaning of the Belgian attacker seems to be a great move for all parties. Klopp will know the Bundesliga will offer the challenges required to further his development, whilst Origi and Wolfsburg can benefit from each other’s thirst for attacking game time.

Liverpool are renowned for inserting minimum playtime clauses into loan contracts, so for this deal to have been given the green light, it should be the case that Origi will get the match action he’s been longing for. 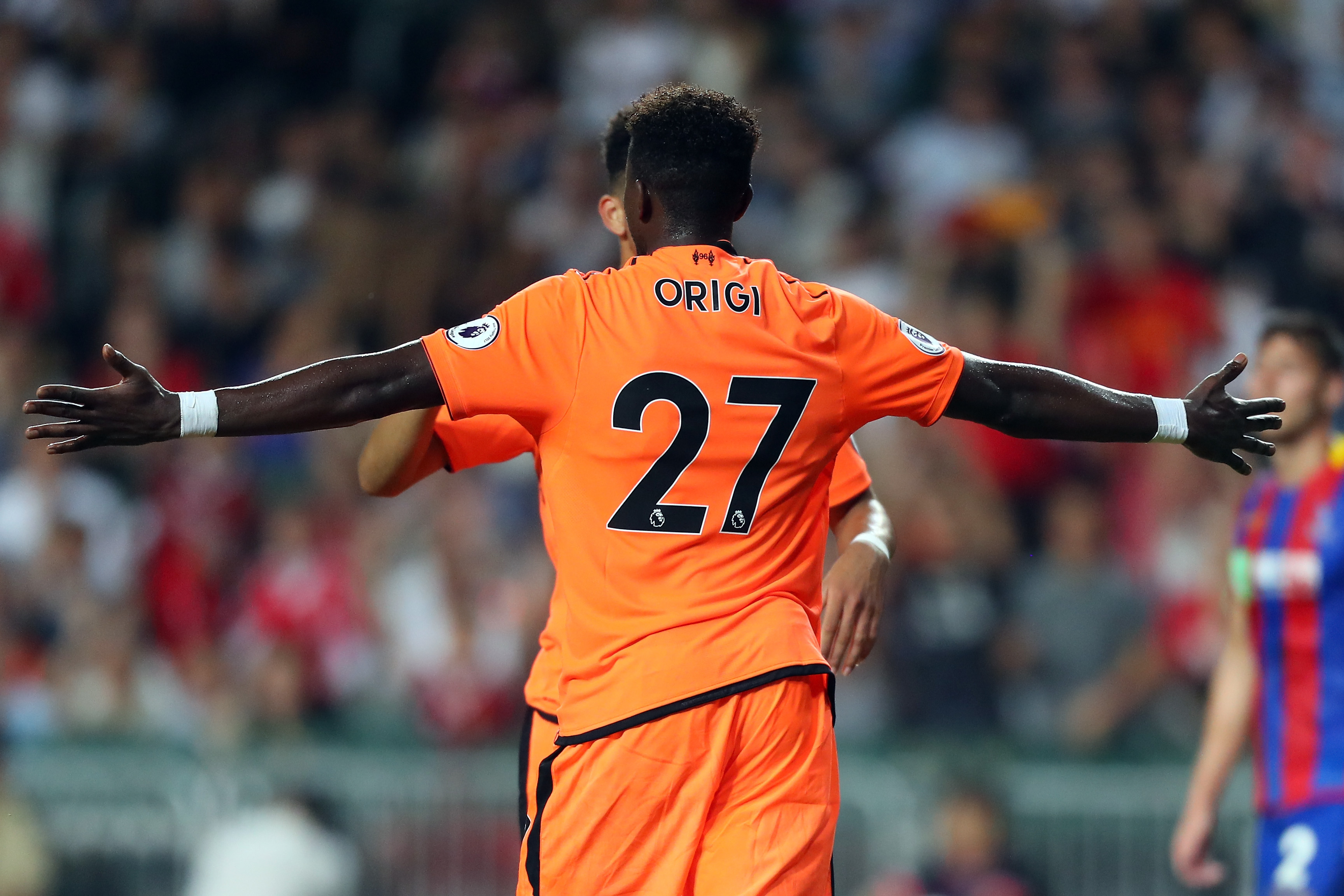 Wolfsburg – How can they accommodate Origi?

For the Wolves, they have gained a powerful attacker, who can play as either a secondary striker to the main man Mario Gomez or on either flank as part of a second attack line in Jonker’s favoured 4-2-3-1. The Belgian also can play on either wing of the experimental 5-4-1, used to good effect last Bundesliga Matchday away at Eintracht Frankfurt.

With Wolfsburg’s Dutch head coach only opting to play with a front two on eight occasions last season, from a total of 39 games, it seems unlikely that Jonker’s will adapt his formation and preferred style to accommodate Origi. With Klopp also using the Belgian out wide on occasion, the move to Wolfsburg – and the assumed position of play – must fit both loaning club and the player himself, although Origi himself will favour the left-hand side option or his more natural centre forward role. Able to play on the right, it is not his most comfortable or natural of positions.

Wolfsburg only escaped relegation by the finest of margins last season.  Falling into the dreaded 16th place on the final matchday with defeat to Hamburg, they required 180 minutes of pain in a playoff with Eintracht Braunschweig. Eventually beating their close neighbours 2:0 on aggregate. Finishing the season with a negative goal difference, -18, Origi will be expected to deliver instantly, something he struggled with on arrival at Anfield.

If Origi is given the ball at his feet he will be danger driving at defences up and down the Bundesliga. The Belgian, on his day, can take opponents on and unleash a wicked long shot. Unsurprisingly, as a Belgian International player and part of Klopp’s Gegenpressing style he is able to play short intricate football – minimal touch fast transition, something which will stand him in good stead for his stay in Lower Saxony. He may though, find it difficult to adapt to the defensive requirements of Jonker’s second forward line. The responsibility to track back and defend is one of the Belgian’s weak points to his game.

To be successful at Wolfsburg, Origi will have to ensure that Die Wölfe witness the player that tore Southampton apart in December 2015. If Jonker’s can help the Belgian capture the sort of form he showed in flashes at Liverpool, then Wolfsburg could be in for a happier May in 2018 to that witnessed this year. With the Wolves paying a €6.5m loan fee to capture Origi, it is in their best interests to get the best out of the Belgian.