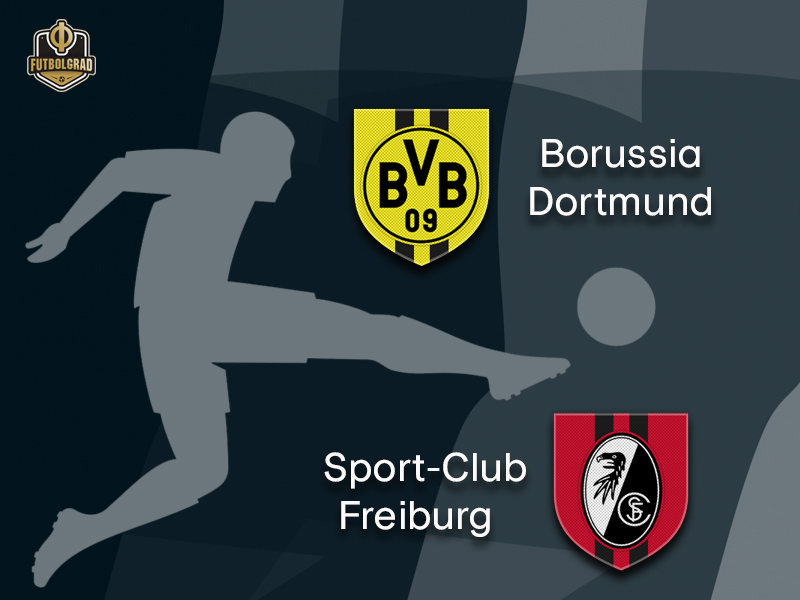 Just 2-1 against Mainz and 0-0 against Brugge. Borussia Dortmund remain top of the Bundesliga and with one game to spare have qualified for the round of 16 of the UEFA Champions League.

At the same time, one question asked after the last two games, in particular, is whether Borussia Dortmund have been somewhat decoded. Brugge and Mainz both played with a flexible 5-3-2/3-5-2 formation, which makes it difficult for Dortmund to find space on either wing.

“We are preparing for such situations and have improved,” the director of the licence player department Sebastian Kehl added. Teams that spread out defensively and take Dortmund’s room in the attacking third away are likely to succeed at the moment.

Freiburg could be one of those teams. Christian Streich, who is one of the best coaches in the league, will have kept a close eye on Dortmund’s Champions League game against Brugge. In fact, it is expected that the head coach will field a team with a 3-4-2-1 formation with the goal to repeat die Breisgauer’s success against Bayern in the Allianz Arena where Freiburg stole a point at the last minute.

It is, therefore, good news for Freiburg that Nils Petersen is expected to return (more on him below) against Dortmund on Saturday. With the striker back in the lineup Freiburg improve their chances of scoring dramatically. At the same time, Freiburg will have to be disciplined at the back and make use of every chance they get up front if they want to get anything tangible against Dortmund.

A tough ask given that Lucien Favre will likely have taken some notes from Dortmund’s 0-0 draw against Brugge. Hence, expect a Dortmund side that will be both slightly changed from the side that faced Brugge and also comes with the sort of motivation to show that they can solve problems against defensive oriented teams.

Dortmund vs Freiburg – Players to look out for:

Like Brugge, Freiburg are expected to play defensively to cut Dortmund’s room. The tactic worked for Brugge because Lucien Favre opted not to start Jadon Sancho. The Englishman, however, is predestined against wide defensive lineups as he has no fear taking on defenders in a high tempo and in small spaces. Hence, against a Freiburg side operating with five players in the back Sancho could be the key to secure three points.

Nils Petersen is expected to be back in the lineup after missing several games with an injury. Petersen returning will be key for Freiburg. The 29-year-old striker scored both goals against Dortmund in January securing Freiburg’s first point in Dortmund in 16 years. “We need Nils Petersen in his best form,” sporting director Jochen Saier said during the week. Petersen is just one goal short of Papiss Demba Cissé club goal record of 37 goals, which shows how important the striker has been for die Breisgauer in recent years. 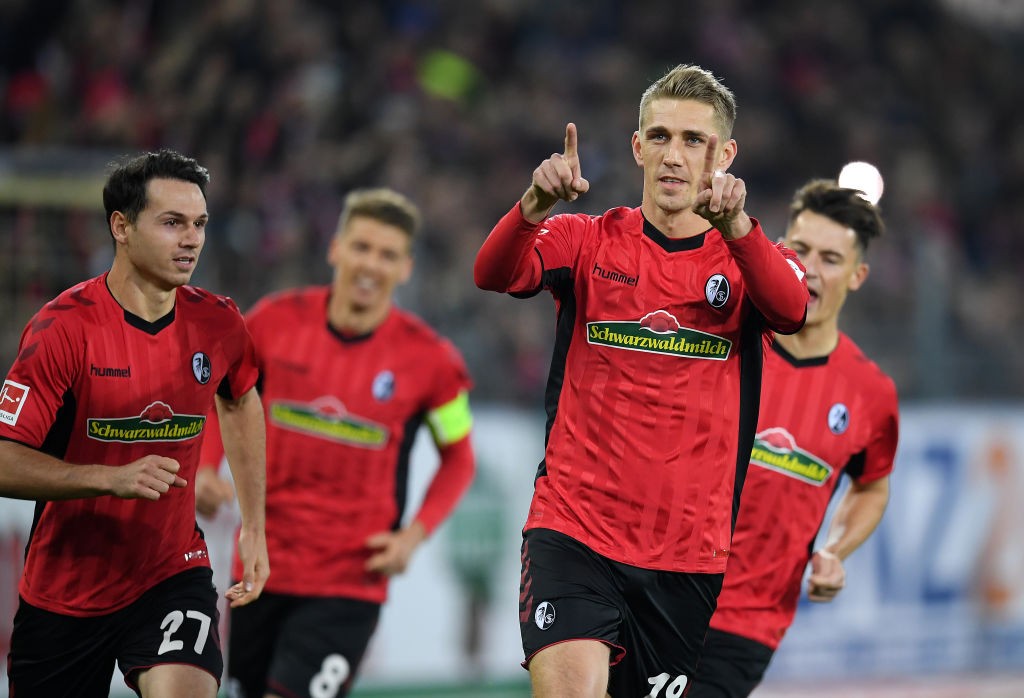 Nils Petersen of SC Freiburg celebrates scoring his side’s opening goal from the penalty spot during the Bundesliga match between Sport-Club Freiburg and Borussia Moenchengladbach at Schwarzwald-Stadion on October 26, 2018 in Freiburg im Breisgau, Germany. (Photo by Matthias Hangst/Bongarts/Getty Images)