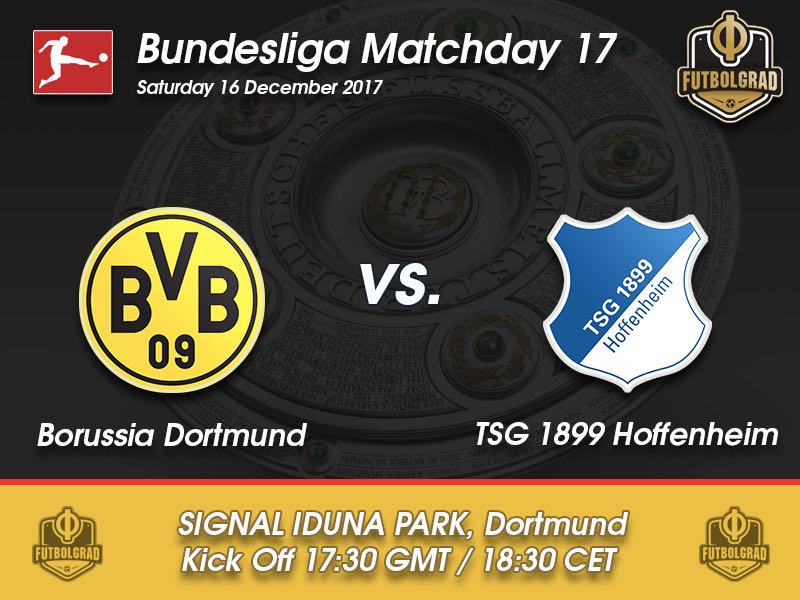 Borussia Dortmund vs Hoffenheim will take place at the SIGNAL IDUNA PARK in Dortmund. (Photo by Dean Mouhtaropoulos/Bongarts/Getty Images)

He came, he saw, he won. Two days were enough for new Borussia Dortmund head coach Peter Stöger to give his side enough stability to beat Mainz 2-0 and record the first three points in the Bundesliga since September 30.

Peter Stöger’s primary task was to bring back defensive stability. Against Mainz, Dortmund were sitting deeper than it was the case under Peter Bosz in previous matches. Furthermore, Stöger made some small tweaks to the line-up placing players on the field based on their strengths and removing the chains of Bosz’s system.

Although the Yellow and Blacks did not play spectacularly, they ended up getting the job done. The victory against Mainz will be the first step towards rebuilding confidence and attacking the Champions League spots in the second half of the season. Hence, the two outstanding matches against Hoffenheim on Saturday, and Bayern in the Pokal on Wednesday will be considered as a learning process in which Stöger can see the strength and weaknesses of his side before making major adjustments during the winter break.

At the same time, three points against Hoffenheim on Saturday could be crucial for the Champions League race. Coached by Julian Nagelsmann the side has been inconsistent at times this season, but at the same time, Hoffenheim are fifth just one point behind fourth-placed Bayer Leverkusen. The race for the Champions League is indeed very tight this season with second and eighth place separated by just four points.

There is, however, more than just three points and the Champions League race to the clash on Saturday. Dortmund’s contract with Stöger will only run until the end of the season, and although Dortmund’s officials have vehemently denied that a decision is made on who will take over at the end of the season, it is very much an open secret that BVB’s officials want to sign Hoffenheim coach Julian Nagelsmann.

Is the match on Saturday, therefore, a clash of the current and future BVB bench bosses? There is no doubt that Nagelsmann would be a fitting coach for Dortmund, but Stöger’s emotional approach and positive results could make it difficult for CEO Hans-Joachim Watzke and sporting director Michael Zorc to look beyond the Austrian bench boss come the summer. It is therefore believable when both say that no decision has been made up to this point. At the same time, the Nagelsmann story adds a significant storyline to what should be an exciting match on Saturday afternoon.

Julian Weigl has been one of the benefactors of the coaching change. The 22-year-old 1860 München product never seemed to be fully comfortable in Peter Bosz’s 4-3-3 formation. Although Stöger did not make major adjustments to the actual line-up against Mainz, he did allow individual players like Weigl to interpret positions in a way that better suit their playing style. Freed from tactical restrictions Weigl was positioned deeper in Stöger’s 4-3-3 formation than it was the case in Bosz’s tactical formation. Running 12.76km against Mainz Weigl won 60% of his duels and managed to complete 96% of his passes. Furthermore, under Stöger Weigl once again has become the crucial player in BVB’s build-up play, which has not just helped Weigl to regain his form, but also gives Dortmund more stability.

What will happen to Serge Gnabry following this season? On loan from FC Bayern München Hoffenheim would like to keep the 22-year-old attacking player for one more season. Although he managed just seven games this season due to injuries, it is clear that Gnabry adds a special quality to Hoffenheim’s side. Hoffenheim’s sporting director Alexander Rosen, therefore, wants to talk to Bayern and outline to them that another season with Hoffenheim could make sense for all parties involved. For now, Bayern have been steadfast, however, with CEO Karl-Heinz Rummenigge telling the media that Gnabry will return to Munich at the end of the season.