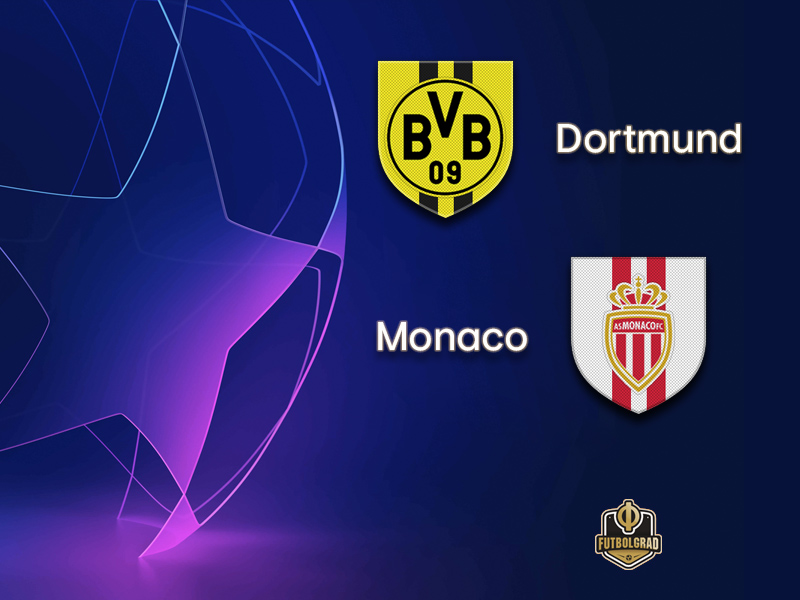 Borussia Dortmund vs Monaco will take place at the SIGNAL IDUNA PARK in Dortmund. (Photo by Maja Hitij/Bongarts/Getty Images)

It is a game with a complicated history. The only past fixtures came in the 2016/17 UEFA Champions League quarter-finals – Monaco’s most recent European wins. The French side won the away first leg 3-2 in Germany, Shinji Kagawa getting Dortmund’s second goal.

Radamel Falcao was then on target in a 3-1 Monaco victory in the Stade Louis II second leg; Marco Reus got Dortmund’s sole reply. Leonardo Jardim’s side went on to lose home and away to Juventus in the semi-finals.

The two legs, however, were overshadowed by a terror attack on Borussia Dortmund’s team bus. The Dortmund team bus was targeted with three bombs after it left a hotel to travel to the Westfalenstadion for the Champions League quarterfinal first leg against Monaco. Defender Marc Bartra and a policeman were injured in the blasts, which saw the match postponed until the next day.

“We want to play this game like any other Champions League game and leave the topic alone,” players licence department director Sebastian Kehl told kicker on Sunday.

On the pitch, Dortmund have been sensational as of late. A 7-0 victory over Nürnberg on Wednesday was followed with a 4-2 triumph over Leverkusen on Saturday. The reward? First place in the Bundesliga ahead of rivals Bayern München, who dropped points on Tuesday against Augsburg and Friday against Hertha.

Monaco have been struggling in Ligue 1 and Champions League season. Les Monégasques lost their opening game in the Champions League against Atlético Madrid and following a 0-2 defeat to AS St. Etienne have dropped to 18th-place in Ligue 1. “The situation is very disappointing,” Monaco Vice-President  Vadim Vasilyev told the media on the weekend. “We lack confidence at the moment,” Vasilyev added.

Lack of confidence but also losing several top players meant that this was always going to be a difficult season for Monaco. As a result, Dortmund will be the favourites to collect the three points.

As Sascha Paruk of sportsbettingdime.com noted, “Monaco’s struggles have led to them being massive +750 underdogs to win in Dortmund, while the home team is at -300. Numbers like that are usually reserved for overmatched Champions League teams from Greece and Belgium, not Ligue 1. But given the recent form of both teams, a multi-goal win for the Germans is the most likely outcome.”

Marco Reus #11 – Borussia Dortmund
›
Marco Reus has been on fire as of late. The BVB captain had a few games were he was flying below the radar as he tried to find the right position in head coach Lucien Favre’s setup. Then against Nürnberg Reus scored two goals and one assist and then added another goal as well as an assist against Bayer Leverkusen on Saturday. The 29-year-old plays with the freedom and confidence at the moment, which is good news for Dortmund and bad news for the club’s opponents. 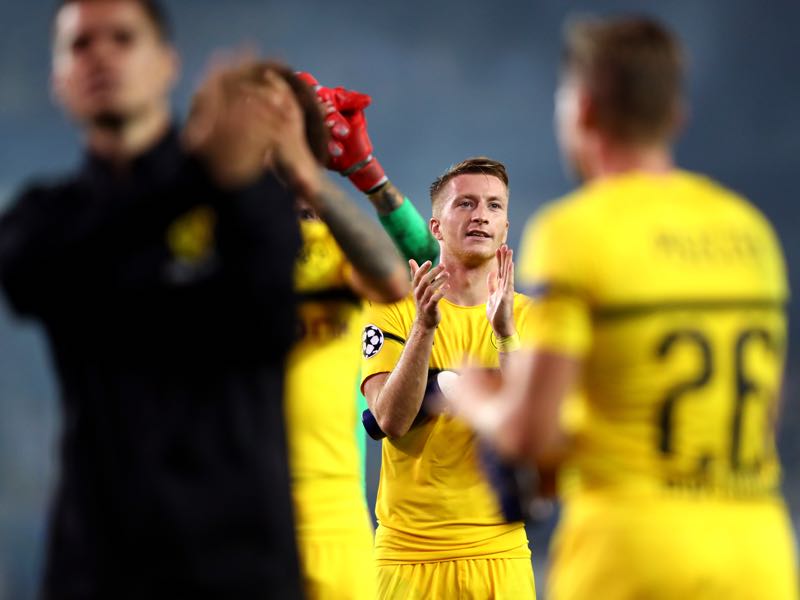 Marco Reus of Borussia Dortmund applauds the fans with teammates after the Group A match of the UEFA Champions League between Club Brugge and Borussia Dortmund at Jan Breydel Stadium on September 18, 2018, in Brugge, Belgium. (Photo by Dean Mouhtaropoulos/Getty Images)

Signed for €30 million from CSKA Moscow Aleksandr Golovin is the most expensive outgoing Russian player in Russian Premier Liga history. The central midfielder is believed to have a big future but instead of a move to a big club like Juventus or Chelsea opted for an in-between step at Monaco. Monaco have been a fantastic club regarding developing talent in the past, but the project is somewhat stalling at the moment. But with Golovin slowly returning to form the Russian is understood to be crucial to get the team back on track. 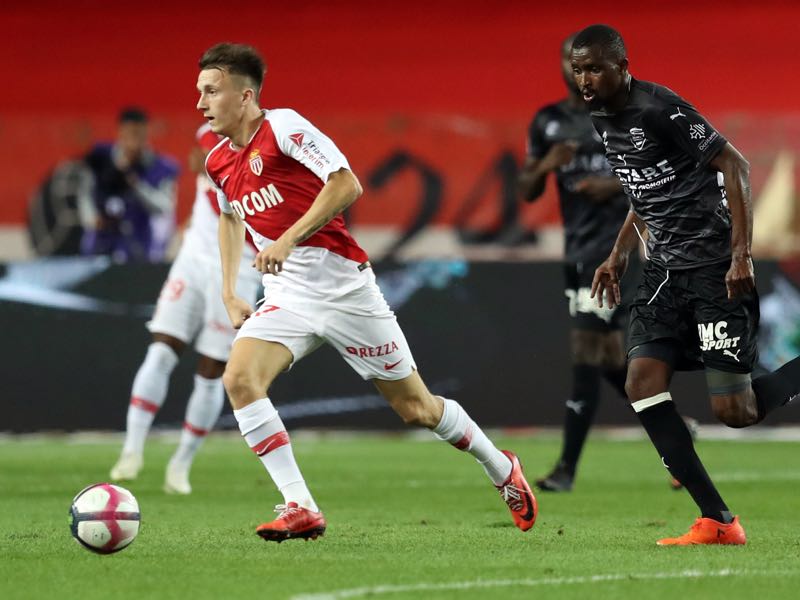