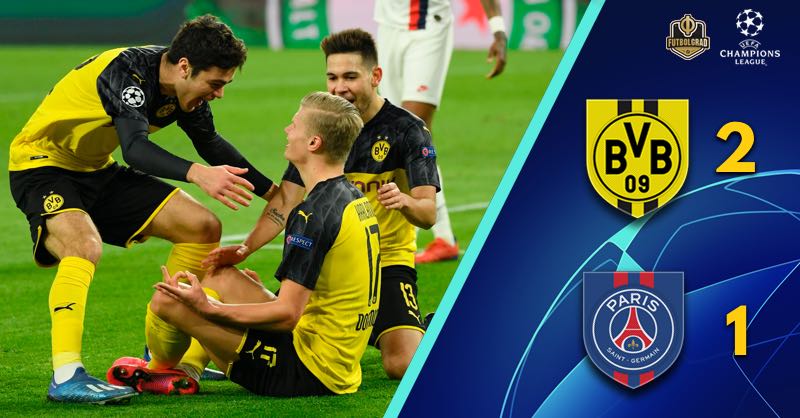 The widely anticipated return of Thomas Tuchel to Dortmund was an attractive game from the start with both sides starting in an attacking 3-4-3 formation. The Black and Yellows interpreted their 3-4-3 more offensive, PSG, in the meantime, were more defensive with five men behind the ball. As a result, Dortmund had the first major chance of the game, Jadon Sancho testing Keylor Navas with a shot from inside the box (26′). Overall, Dortmund had more of the first half, the Black and Yellows, however, were not consequential when it came to finishing off their attacking runs.

It was more of the same to start the second half. Dortmund seemed the more dangerous team, even if PSG had more passes and pass completion. As it is too often the case, Dortmund were simply not efficient when it came to playing the final pass into the final third. In the 68th minute, Dortmund finally had their goal, Achraf Hakimi saw a shot blocked, but Erling Haaland jumped on the ball and scored to make it 1-0. Paris, however, hit back, Mbappé danced past Dan-Axel Zagadou and set up Neymar, who tapped home the ball in the 76th minute. But Dortmund got Haaland, the Norwegian restored the lead just two minutes later with a fantastic goal. It was the goal that decided the first leg as Dortmund won the game 2-1. 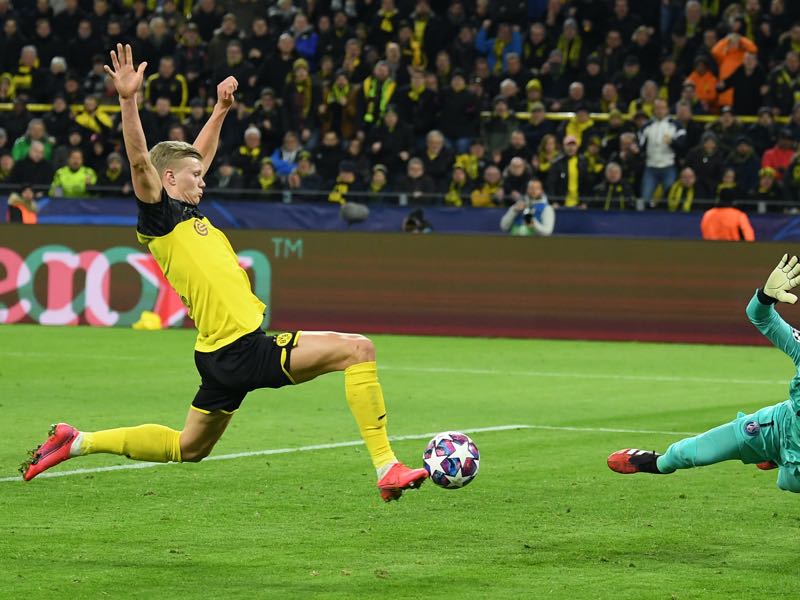 Haaland’s play for Dortmund is almost superhuman at the moment. The Norwegian striker showed his goal instinct to give Dortmund the lead. Then he scored a second goal that was almost supernatural, the 19-year-old smashing home a ball that was unstoppable for goalkeeper Navas to make it 2-1. His ten goals in just seven Champions League games is a new record.

Haaland has been a fantastic addition. But Can, who saw his transfer from Juventus made permanent just ahead of the game has quickly turned into a leader for the Black and Yellows. Several times Can won key battles in midfield, highlighting what Dortmund have been lacking at times earlier this season.

Paris were lucky that they have Mbappé in their squad. The French striker is the only reason PSG are still in this tie, Dortmund were dominant throughout but for one brief moment lost control over Mbappé, the result was his assist to Neymar’s goal.

A good result for Dortmund. But the Black and Yellows will be upset about the unnecessary goal conceded. As a result, PSG remain a dangerous opponent.

For PSG coach Tuchel, in fact, the return match could determine his future at the club. Only a Champions League win will be enough, going out against Dortmund will likely mean the end for the German coach.