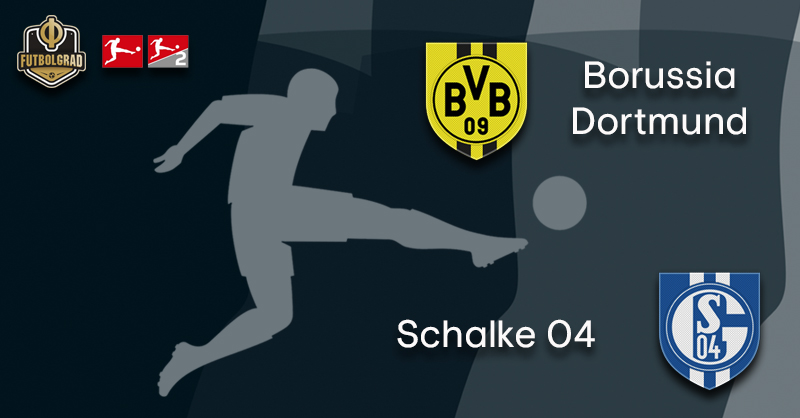 It is perhaps the biggest game in German football. On Saturday Borussia Dortmund host rivals Schalke 04 in the 175th version of the Revierderby. For Borussia Dortmund, this match comes in the final stretch of what has already been an intriguing title challenge.

In fact, the Black and Yellows, after showing nerves in the title race and a 5-0 defeat to Bayern at the Allianz earlier this month, are slowly but surely looking like their former selves. On matchday 30 Dortmund dismantled SC Freiburg 4-0 in what was an impressive display at the Schwarzwald-Stadion — the same facility were both Bayern, and RB Leipzig have dropped points this season.

The performance, however, was not enough for Dortmund head coach Lucien Favre. The 61-year-old is a perfectionist and wants “clear structure and playing philosophy.” Despite the wobble halfway through the Rückrunde Dortmund could still break their Bundesliga record of 81 points, whether that will be enough for the title remains to be seen.

Title or not, Lucien Favre will have fixed the broken Dortmund machine that struggled at times last season and amongst others gave away a 4-0 lead against rivals Schalke. Schalke, in the meantime, have struggled all season and it is only thanks to the competition that the die Knappen are not on a relegation spot going into the Revierderby.

“The quality is there,” Favre warned. But is that warning justified? Schalke, after all, had a shocking season and have not won in Dortmund in the last five games.

“I am glowing because I am excited. The derby is something very special, but I wish the background would be a bit different — for us not to be at the bottom of the table,” Stevens said to the media earlier this week. Since Stevens has been in charge Schalke have lost all three home games and crashed out of the DFB Pokal.

Not the best background for fans of the Royal Blues heading into Germany’s biggest game. At least there is prospect of ruining Dortmund’s title hopes but in truth the gulf in quality, despite what both coaches are telling the media, is gigantic and Dortmund are big favourites to win the game on Saturday.

Dortmund vs Schalke  – Players to look out for:

Whether Paco Alcacer will start against Schalke on Saturday remains to be seen. In truth, the Spaniard is more dangerous when he comes from the bench anyhow and could be an impact player either way. The striker does not need much time to score goals. On average Alcacer scored every 58 minutes this season and has recorded 17 Bundesliga goals thus far. The Spaniard has struggled with muscular injuries throughout the season but thankfully for Dortmund is a weapon, even if he is on the pitch for just a few minutes. Hence, against Schalke expect Mario Götze to start with Paco Alcacer to come off the bench to once again score a last-minute goal. 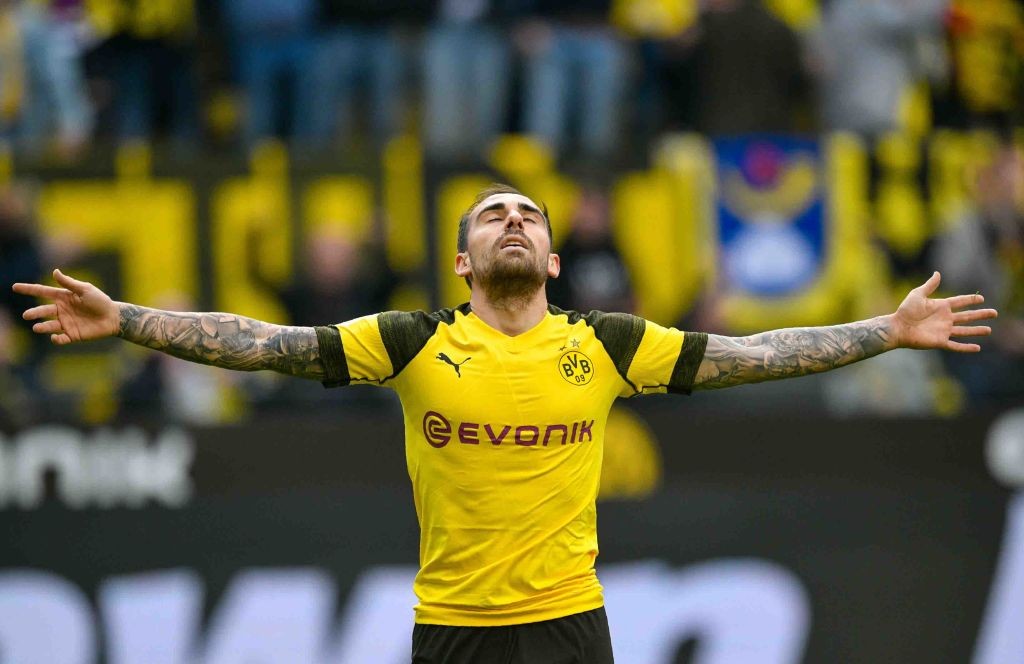 Alexander Nübel will play his first ever Revierderby on Saturday. The 22-year-old Schalke keeper has become one of the most sought after goalkeeper prospects in German football and is heavily linked with a transfer to Bayern München. Schalke, of course, would like to keep their keeper but former sporting director Christian Heidel missed out on renewing the keeper’s contract, which will be up in 2020. In retrospect, a missed opportunity for Schalke, Nübel’s development has been the only positive in what has been otherwise a horrendous season for the Royal Blues.

Goalkeeper Alexander Nübel of Schalke celebrates his team’s win after penalty shoot-out after the DFB Cup match between 1. FC Koeln and FC Schalke 04 at RheinEnergieStadion on October 31, 2018 in Cologne, Germany. (Photo by Lukas Schulze/Getty Images)