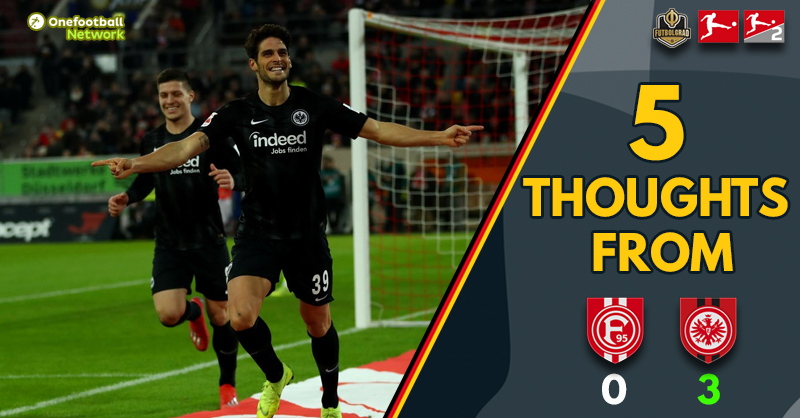 Frankfurt rotate but still too strong

Adi Hütter made a number of changes with the Europa League match in Milan on Thursday. Evan N’Dicka, Mijat Gacinovic and Sébastien Haller started on the bench with Almamy Toure, Jonathan de Guzmán and Gonçalo Paciência getting starts.

It mattered little in the end with Frankfurt outclassing Fortuna despite the two late goals inflating the score. Toure played well with de Guzmán and Paciência combining for the opening goal, Haller coming off the bench to add another two goals to his tally.

With David Abraham and Ante Rebic due to return from injury, the squad is looking in fantastic shape to challenge for the top four and keep the Europa League dream alive.

Paciência proves his worth

Gonçalo Paciência had played just 32 minutes over five appearances for Frankfurt this season before earning his first start in Düsseldorf. With the front three of Haller, Jovic and Rebic receiving so many plaudits and dominating the mainstream media narrative, he was largely the forgotten man. 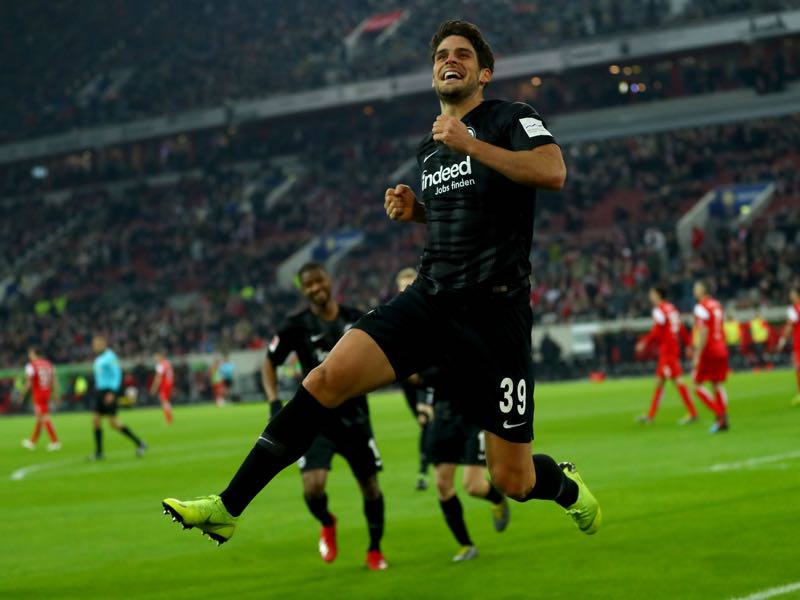 The 24-year-old had other ideas; however, heading Eintracht into the lead at the back post before a sublime piece of skill saw the Portuguese striker beat two players before drawing a foul in a dangerous area. Paciência showed impressive technique and vision to release Haller who made it 2-0.

It was a man of the match performance from Paciência who has now scored three goals in 122 minutes of action. He scored in the 2-1 defeat at Ulm in the DFB-Pokal, the late winner in the 3-2 victory against Hoffenheim to prove he can be a valuable asset for the team.

Fortuna close but no cigar

The hosts thought they had scored early on, but Dawid Kownacki’s goal was ruled out for offside. He was forced off not long after with an injury and replaced by Rouwen Hennings, Dodi Lukebakio moving from the central attacking position to the left wing.

Perfect result for the Eagles and their supporters before the Europa League match in Milan. Gonçalo Paciencia with a goal & assist in his first Frankfurt start. Talking points up shortly @FutbolgradLive pic.twitter.com/tg2K2ZKF3W

Benito Raman got into dangerous positions on numerous occasions but couldn’t play the final pass. The winger thought he had won a penalty when his cross hit Martin Hinteregger, Lukebakio had the ball on the spot, but referee Robert Hartmann reversed his decision after consulting VAR and the pitch side monitor.

Substitute Kenan Karaman provided a cross for Hennings in point-blank range, but the striker was denied by Kevin Trapp. Hennings had the majority of chances for Düsseldorf, but it wasn’t his night, the home support increasingly frustrated by his lack of end product.

Not the worst result for Funkel

The reverse fixture was a match to remember, Eintracht winning 7-1 in Frankfurt with Luka Jovic scoring five goals. That defeat came amid a six-game losing streak after which many thought Friedhelm Funkel’s side were destined for relegation.

Fortuna had won seven of their previous 10 Bundesliga matches heading into this game to sit 11 points clear of Stuttgart in the relegation play-off position. They have shown with the 3-3 draw at Bayern Munich and the wins against Hertha Berlin, Borussia Dortmund and Schalke that they can adapt and compete despite having one of the lowest budgets in the Bundesliga.

This defeat hurts but it’s better than 7-1 and shouldn’t detract from what has largely been a successful season.

The protests regarding Monday night fixtures continued with The Boomtown Rats’ “I don’t like Monday’s” blaring on the stadium speakers before kick-off. Both sets of ultras were absent before the Fortuna Düsseldorf faithful entered after 15 minutes with a heart shaped hole in their ranks. 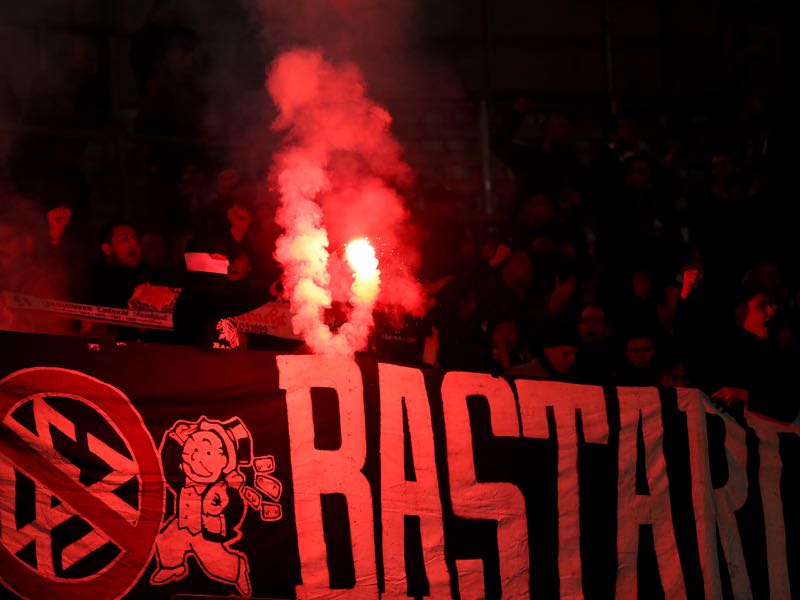 A loud explosion went off shortly before the second-half as the Eintracht Frankfurt hard core made their entrance. Further explosions rocked the stadium after their goals which can’t be condoned but did make up for a lack of atmosphere in the opening 45 minutes.