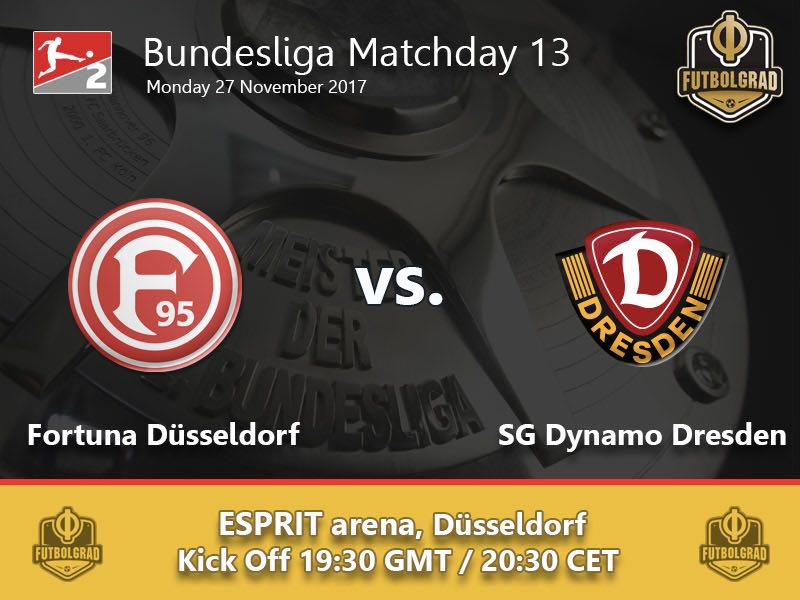 Düsseldorf vs Dresden will take place at the ESPRIT Arena in Düsseldorf. (Photo by Lukas Schulze/Bongarts/Getty Images)

The Monday night fixture in Bundesliga 2 is always reserved for the game of the week, and under normal circumstances, Fortuna Düsseldorf against Dynamo Dresden would have been just that. Both sides were in the top half of the table last season and were named among the potential teams that could be promoted at the end of the season.

Only Fortuna Düsseldorf have fulfilled that promise, however. The club from Germany’s fashion capital is currently in second place just behind the promoted side Holstein Kiel. Despite losing 1-0 against Ingolstadt on matchday 14, Düsseldorf feel that they have fulfilled expectations this season. Friedhelm Funkel told the media on Thursday that his side wants to collect 38 points until the winter break, in other words, eight points against the likes of Dresden, Kiel, Nürnberg and Braunschweig.

Those are ambitious expectations, and Funkel understands that it could be difficult to reach those goals—especially after his side has not won in three league games. “We are within expectations, which were to finish between the first and sixth spot in the standings.” Funkel understands that fans are dreaming of promotion: “Our fans are allowed to dream, but we remain realistic.”

Dreams of promotion would, of course, be further fuelled with a victory against Dynamo Dresden. In order to collect the three points Funkel wants his side to return to the basics: “We have to be more efficient in the attacking third.”

Dresden in the meantime have been a far cry from the side that fought for promotion last season. Currently, in 16th spot Dynamo are a symbol of Bundesliga 2 competitiveness. The second division in Germany is exceptionally balanced and only fine margins separate the promotion zone from the relegation zone—just nine points separate Dynamo Dresden from third-placed Union Berlin.

At the same time, Dynamo Dresden have been inconsistent this season giving away unnecessary points late in the game on seven occasions. Uwe Neuhaus, however, does not see a mental issue. “Of course, mentality can be an issue, but we just have to work hard.” Neuhaus, therefore, wants his side to show more physical aspects to regain the form of last season. With both sides, thus, struggling in recent matches this will be a fascinating game as both sides will want to get a result that could determine the rest of the season.

Düsseldorf vs Dresden – Players to look out for:

Signed by Borussia Mönchengladbach from 1860 München this summer the Foals believed it was best Florian Neuhaus would receive much needed playing time in the Bundesliga 2. The club, therefore, loaned Neuhaus out to Fortuna Düsseldorf and the move has already paid dividends. Neuhaus has been excellent for Fortuna Düsseldorf scoring four goals in 12 games. A talented central midfielder Neuhaus hopes that he can become the latest central midfielder to go through Gladbach’s production line even if it is via a detour through the Modestadt Düsseldorf. 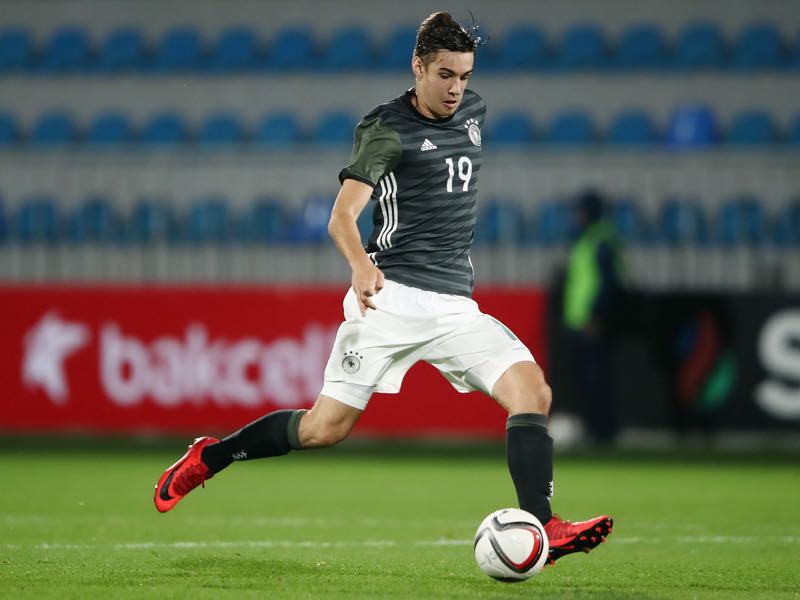 U-21 national team player Florian Neuhaus is our player to watch. (Photo by Alex Grimm/Bongarts/Getty Images)

One of the Bundesliga 2 shooting stars from last season Niklas Hauptmann has somewhat struggled to repeat his good performances from last season. Bursting onto the scene last season Hauptmann was one of the big reasons for Dynamo Dresden’s run to the top of the league that saw the former GDR giant compete for a promotion spot for much of the season. This year Hauptmann, however, managed just eight starts and has struggled at times with consistency. With the Bundesliga 2 heading towards the winter break, Hauptmann will be looking to get Dynamo out of the bottom half of the table. 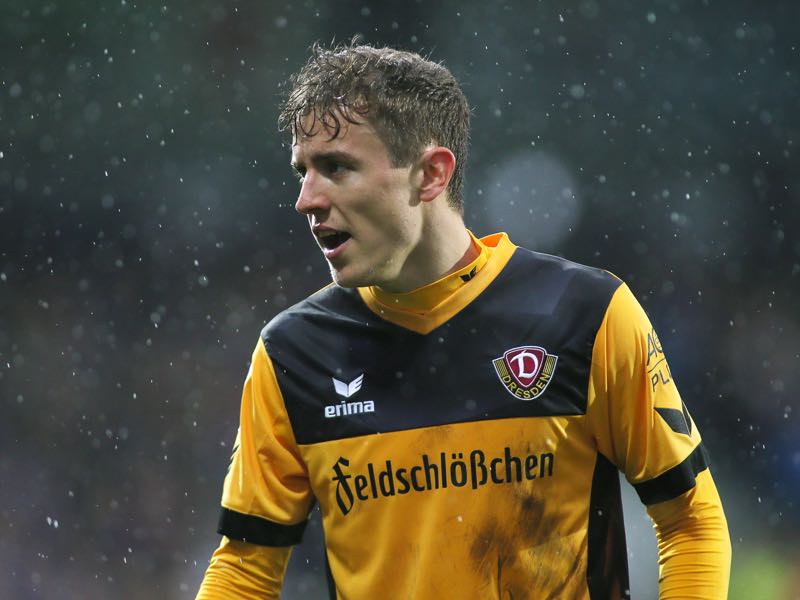