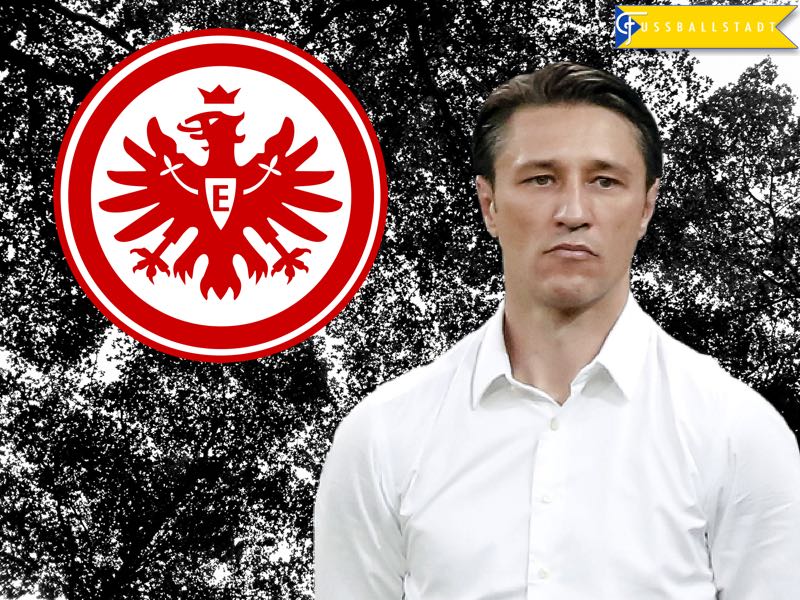 The list of surprise teams in the Bundesliga is long this season, as first placed RB Leipzig, and third placed Hertha Berlin have rocked the league in the first 12 games. The list is further complimented by fifth place 1. FC Köln, and sixth placed 1899 Hoffenheim. Meanwhile, fourth placed Eintracht Frankfurt are complimenting the field of surprise teams at the top of the Bundesliga table.

Last season, Eintracht Frankfurt was on the brink of going down to the Bundesliga 2, and only avoided relegation in a tightly fought playoff series against 1. FC Nürnberg (2-1 on aggregate) after handing the coaching position to Niko Kovac. Now, Eintracht are in the top four which adds a sense of excitement to what has already been one of the most exhilarating Bundesliga seasons in recent history—more on this in the Gegenpressing – Bundesliga Podcast.

Frankfurt’s recent victory over the giants Borussia Dortmund was the club’s seventh this season—just to compare, the club needed 31 games last season to get to seven victories—and the 24 points after 12 matches means that this is the club’s best start in 23 years. In the 1993-94 season, Frankfurt’s squad, which included the likes of Uli Stein, Uwe Bein, Anthony Yeboah, Jay-Jay Okocha, and Maurizio Gaudino, were slightly better, as their start would have recorded 29 points (the league used a two point system until 1995) for the launische Diva vom Main (the moody diva from the Main).

Perhaps it was no accident that Jay-Jay Okocha was actually in attendance at the Commerzbank Arena to witness Eintracht’s surprise victory against Borussia Dortmund. Yet, while there are parallels to the wonderful Eintracht squad of the 1990s, the differences are perhaps more striking. In the 1990s Eintracht were one of the top clubs in the league, but failed to win the title despite having assembled a wonderful squad of players. The team often appeared lethargic and failed to challenge when it was most important, which prompted locals to call the club a moody diva.

It would be wrong, however, to compare the current squad to the star ensemble that Frankfurt had assembled in the 1990s. Indeed Sporting Director Fredi Bobić, and head coach Niko Kovac signed nine new players for just €2.2 million during the summer. Furthermore, five of those players were signed on loan, including defenders Jesús Vallejo (Real Madrid), and Michael Hector (Chelsea).

Those two defenders were the only two new signings present in Frankfurt’s 2-1 victory over Borussia Dortmund on Saturday, and with the rest of the starting eleven being part of the team that almost got relegated last season Kovac can be congratulated on having gotten the best out of the squad this season.

That is not to say that Frankfurt have done poorly on the transfer market this summer—indeed the 19-year-old Spanish defender, Vallejo, has been a key component of Frankfurt’s success this year prompting talk that Real Madrid may want to bring him back early—but rather shows that Niko Kovac has gotten the best out of the existing group. In many ways Kovac has proven his critiques wrong, who thought that he might lack the acumen to coach in the Bundesliga after a bumpy stint with the Croatian national team.

Niko Kovac has gotten the best out of his squad

Instead, Niko Kovac, together with Sporting Director Bobić, has been able to steady the club. In fact, Niko Kovac has been adamant that the club will be fighting relegation until they reach the magic 40 points that guarantee survival in the Bundesliga—prompting kicker Magazin to underline the new “heart and mind” approach at the club.

This is not to say that Frankfurt play boring down to earth football. Quite the opposite is true in fact, as Frankfurt show a type of physical and tactical football that is some of the most fun to watch in the league, and the game against Frankfurt was exemplary for that. Playing in an unorthodox 3-4-2-1 formation which, at times, looked like a 3-4-3, Kovac managed to integrate technical gifted players like the Mexican Marco Fabián, the Hungarian Szabolcs Huszti, and club legend striker Alex Meier by pairing them with the likes of Makoto Hasebe, Timothy Chandler, and Bastian Oczipka, who have the sort of stamina and physical presence to put in the mileage to keep the back clear of the three above mentioned magicians.

Integrating both Fabián and Huszti into the squad is another major achievement by the head coach. Fabián was bought from Deportivo Guadalajara for €3.7 million last winter by former head coach Armin Veh. Fabián was one of the major stars of Guadalajara, and Liga MX in general, and the transfer was seen as a major coup at the time, as Frankfurt was able to bring in the midfielder thanks to an exit clause in his contract.

Fabián, however, struggled with the tempo in the league, and achieved little playing time in the first nine months with Frankfurt. There was even talk that the Mexican could be on his way out of the club but, in reality, Kovac always believed in the Mexican magician, but simply wanted to see physical improvements that would allow the Mexican to shine in the high tempo on display at the Bundesliga on a weekly basis.

Kovac finally unleashed the Mexican on matchday 3 of the Bundesliga in a 2-1 victory over Bayer Leverkusen in what was deemed the duel of the Mexicans—Chicharito plays for Bayer. Fabián scored and assisted against Bayer to become the match winner, and has not looked back since becoming Frankfurt’s star attraction in midfield.

The 33-year-old Huszti has a similar story. The former Hannover 96 midfielder returned to Germany from China, where he had played with Changchun Yatai, but former head coach Veh struggled to get the best out of the midfielder. Huszti scored and assisted and won the man of the match award against Borussia Dortmund.

In many ways, the two midfielders highlight the main reasons for Eintracht Frankfurt’s success this season. Both players were already in the squad when Kovač arrived, and both players have made big steps forward since the Croatian took over at the club and worked on their physical and mental abilities—which in turn indicates Niko Kovač’s ability to get the best out of the existing squad by emphasizing hard work.