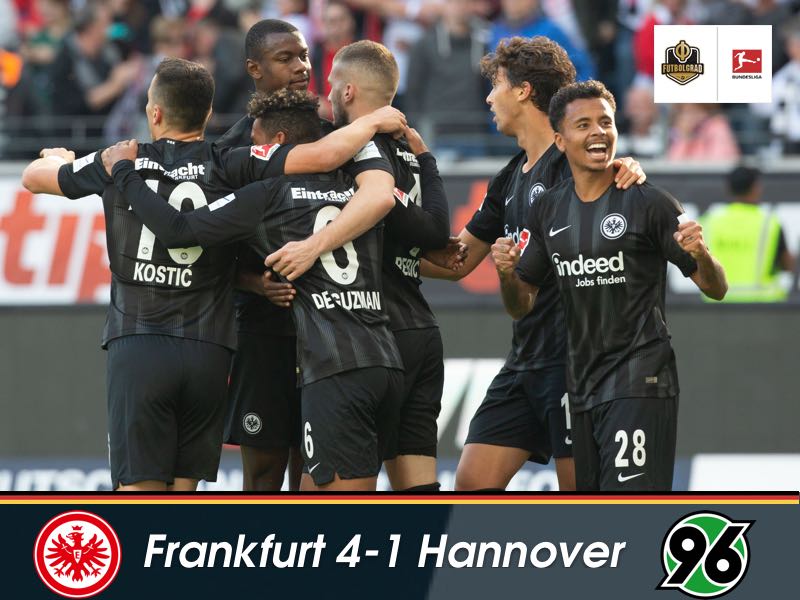 FRANKFURT — Eintracht Frankfurt v Hannover was advertised as a basement duel but die Adler soared and dominated Hannover at will and won the match 4-1.

It was a feisty beginning to the first interval. A typical basement duel both Frankfurt and Hannover tried to create room by being physically present.

In the first 30 minutes, both teams averaged just 60% pass completion. It is a statistic that told almost everything about the opening half of the game as neither team had any structure in their buildup play.

With no room to combine it was a set piece that created the first chance of the game. In the 19′ minute Jonathan de Guzman brought in a corner, Hannover keeper Michael Esser misjudged the ball, but Lucas Torro’s header was deflected and missed the target.

Esser then also misjudged the next corner and then in the 22′ minute produced another mistake that almost allowed Sebastian Haller to score on an empty net. The striker failed to control the ball, and the chance was gone.

With Hannover struggling to clear set pieces it was no surprise when the first goal had its origin from a corner in the 37′ minute. Struggling to clear a corner the ball was brought back into Hannover’s box from the right where Haller extended the ball with his head finding Evan Ndicka in the centre, and the Frankfurt defender made no mistake tapping the ball home from six-yards out.

Frankfurt then doubled the lead just before the tea break. Rebić receiving the ball at the right corner of the box pumped his way into the area and then easily beat Esser to make it 2-0 in the 45′ minute.

The second half started the same way as the first ended. Slow buildup play and incomplete passes dominated the opening phase of the second interval.

In a match dominated by mistakes, Rebić was the difference maker. The Croatian World Cup star also created the next goal. In the 61′ minute, a long ball was extended by Haller to Rebić; the Croat once again used his body to tank into the box where he then played a low ball to Jonathan de Guzman, who tapped the ball home from seven yards.

The goal effectively killed the game off in favour of Frankfurt. Die Adler were dominant from here on and with ten minutes to go led the match with 12 to 2 shots. In the 83′ minute, the fans got up once again but this time to send off Rebić under applause as Frankfurt head coach Hütter gave his star a deserved break.

Three minutes later, in the 86′ minute Hannover pulled one back, Florent Muslija was left wide open in the area and the forward managed to score from ten yards out. But Frankfurt were unimpressed, and in the 90′ minute, Luka Jović completed a beautiful combination with a tap-in goal from nine-yards out to make it 4-1.

Ante Rebić was the man of the match. The striker scored one goal and also assisted on another. Furthermore, the 25-year-old forward’s physical presence meant that Hannover were never able to shut down Frankfurt’s attacking play. 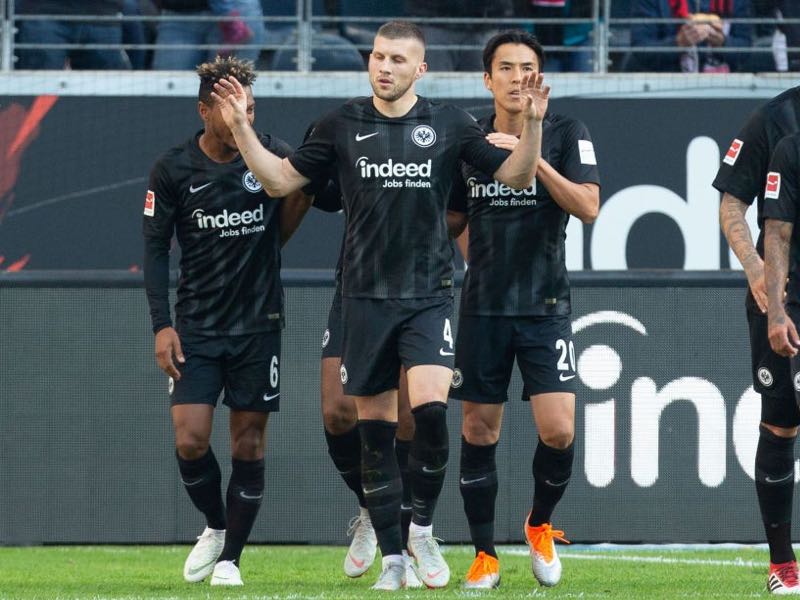 Eintracht Frankfurt v Hannover – Ante Rebic of Frankfurt (2ndL) celebrates after scoring the second goal during the Bundesliga match between Eintracht Frankfurt and Hannover 96 at Commerzbank-Arena. The Croat was the man of the match (Photo by Juergen Schwarz/Bongarts/Getty Images)

Eintracht Frankfurt win their first home match of the season, but some work still lies ahead despite the success. Die Adler managed to complete just 65% of their passes not enough to be competitive in the Bundesliga against better teams then Hannover. Hannover, on the other hand, is still looking for their first victory of the season and currently are favourites to go down at the end of the year.