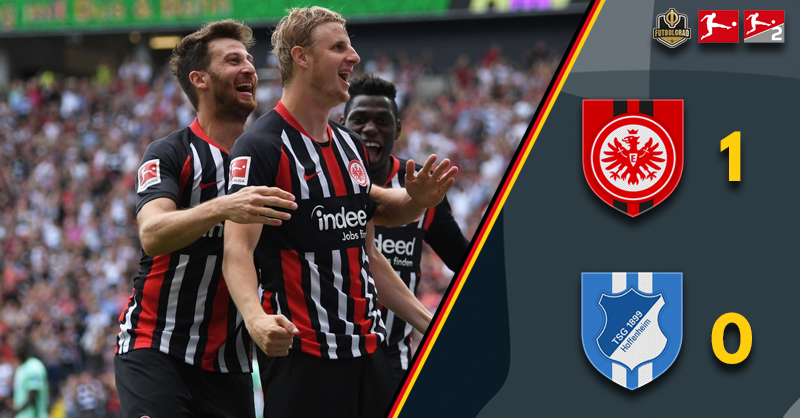 Eintracht Frankfurt took the lead inside the first minute, Filip Kostic sending in a deep cross that Martin Hinteregger volleyed home. Kostic was causing Stefan Posch major headaches, producing a neat interchange with Ante Rebić who forced a save from Oliver Baumann.

Hoffenheim were trying to get their attackers into the game, but Hinteregger was standing strong. Robert Skov fired wide, and Steven Zuber saw his shot blocked, but Eintracht regained control with Kostic continuing to torment Posch.

Hoffenheim thought they had equalised when Dennis Geiger fired through traffic past Kevin Trapp, but the goal was ruled for offside. Ante Rebić was having a great battle with Kevin Vogt, one that he finally won before racing in on goal but taking too long to shoot.

Posch gifted Frankfurt their first chance of the second half with Daichi Kamada forcing a save from Baumann. The hosts had numerous chances to extend their lead with a Dominik Kohr header cleared off the line and Hinteregger heading a corner over the bar.

Both managers made their first substitutions in the 64thminute as Diadie Samassékou replaced Lukas Rupp and Sebastian Rode came on for Dominik Kohr. Kostic shot wide, but chances were proving hard to come by, more changes in the 70thminute with Ishak Belfodil on for Dennis Geiger and Gonçalo Paciência replacing Kamada.

Belfodil couldn’t steer a Kadeřábek cross on target with time running out. The Algerian striker did manage to get the ball in the back of the net but was ruled offside. Frankfurt held on for a vital point with both teams far from their best, particularly the visitors who had a host of first-team regulars injured. 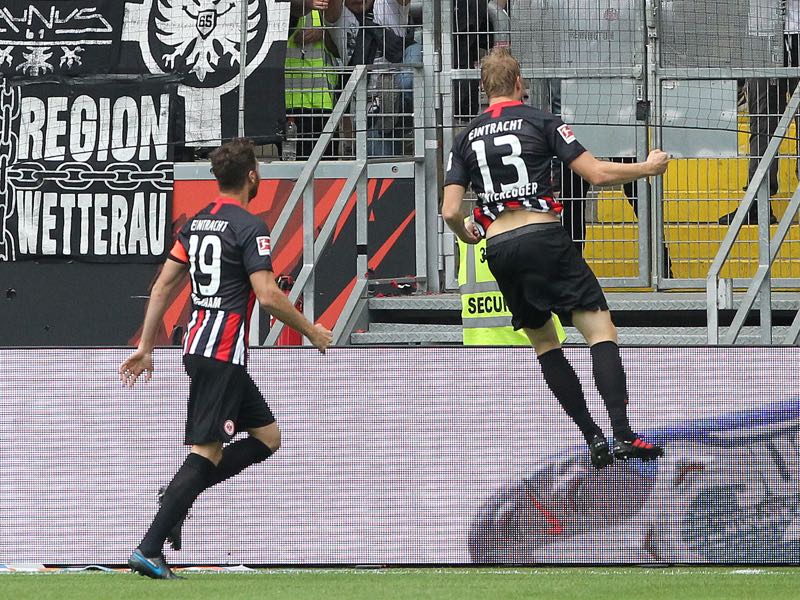 Kostic was a constant threat down Frankfurt’s left-wing, assisting Hinteregger for the opening goal and creating several more chances in the first half. Causing Stefan Posch all sorts of problems, Kostic worked his socks off and was the standout performer.

The crowd favourite showed skill to volley home the winning goal but was also active in defence. Stopped Skov on two occasions, withstood a second-half injury and showed a fighting spirit some of his opposition players lacked.

Had a running battle with Ante Rebić, losing the Croatian star late in the first half but going unpunished. Took a yellow card in the final few minutes preventing Rebić from breaking clear, but overall had a strong game that kept his side within reach.