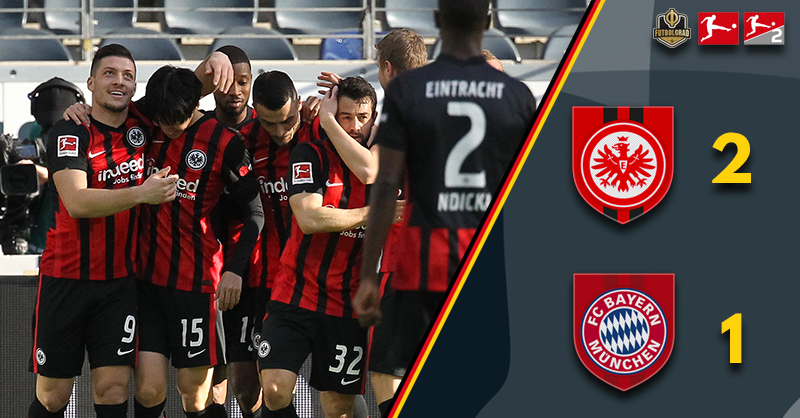 Eintracht Frankfurt held on to gain a valuable three points in their search for UEFA Champions League football next season. Daichi Kamada was the star of the show as the Eagles beat an under-par and frequently desperate Bayern Munich.

After a shaky return from their exploits in Qatar, Bayern could have done with an easier task than facing Frankfurt away from home on Saturday afternoon, especially after dropping points against Bielefeld just five days ago.

Their hosts came into the fixture unbeaten in 10 Bundesliga matches, picking up eight victories, currently the longest run in the league. Adi Hütter’s men have earned 22 out of a possible 24 points since the turn of the year, a league-best.

It was no surprise then to see the Eagles start the brighter, multiple chances fell to the hosts before Daichi Kamada opened the scoring on 12 minutes.

The ever-impressive Filip Kostić picked Kamada out with a sumptuous cross and the Japanese midfielder stroked the ball home from 10 yards, it was a lead that was thoroughly deserved.

One quickly became two as Frankfurt continued to attack, choosing to exploit Bayern’s right-sided problems it was that area that gave Amin Younes the opportunity to grab a wonderfully taken goal.

Having already tested Manuel Neuer from 60 yards with an audacious lob attempt, the winger let fly with a rocket from just inside the box. The swerve on the ball left the Bayern goalkeeper a spectator, 2-0 was no fluke from Hütter’s side, they had dominated the first half from start to finish.

Hansi Flick needed to add some quality to his midfield, and so he opted to bring on Leon Goretzka for Marc Roca and it proved to be an inspired choice.

The balance of Goretzka allowed Leroy Sané space to drive into, and the ex-Manchester City player took full advantage. It was his darting runs and exceptional pressing that tipped the balance of the fixture back into Bayern’s favour.

Robert Lewandowski’s name was attached to the champion’s response but the goal was all about Sané. His skill on the run and precise ball into the box was a gift for the Polish forward on 53 minutes.

Bayern’s tempo unnerved their hosts, and they did well to hold on, just shipping the one goal as the teams entered the final quarter of the match.

Frankfurt thought they’d achieved a chance for some breathing space with eight minutes remaining. Ragnar Ache looked to have been pulled, and tripped in the area, by Alphonso Davies–the referee said no and VAR agreed. The hosts were furious and for good reason, it looked like a nailed-on penalty on review.

However, the final minutes yielded no Bayern equalizer and more points were dropped inside a week. There can be few complaints from Flick and co, Frankfurt were the better side over the 90 minutes. 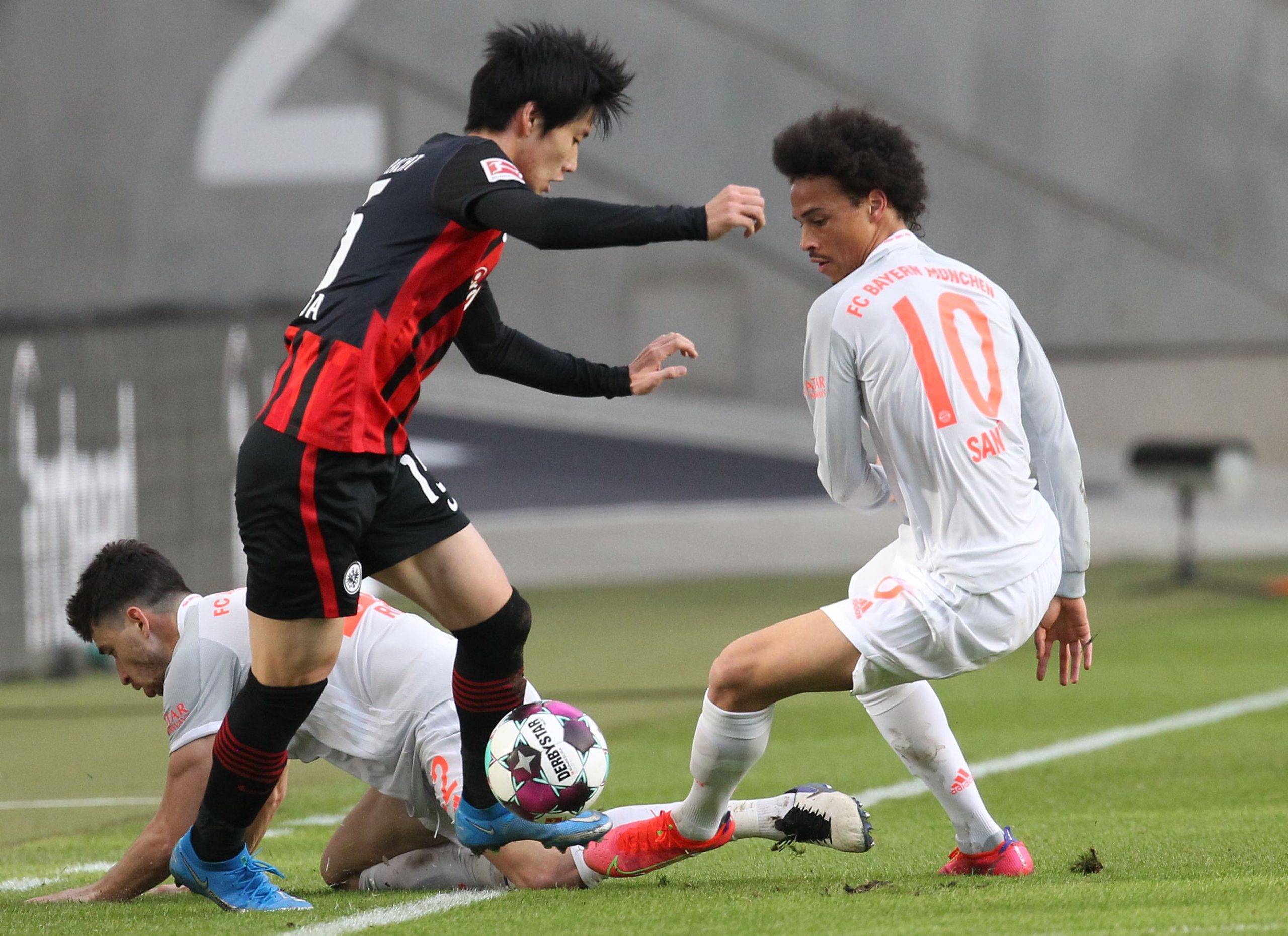 Daichi Kamada and Leroy Sane vie for the ball during the Bundesliga match Eintracht Frankfurt vs Bayern Munich in Frankfurt am Main, western Germany, on February 20, 2021. (Photo by DANIEL ROLAND/POOL/AFP via Getty Images).

Scoring the opening goal it was the midfielder who kickstarted Frankfurt’s afternoon. However, when the pressure was reversed Kamada was just as exceptional, with key clearances and blocks he read the danger as well as providing it.

A disappointing first half was followed by a complete turnaround once Bayern’s shape and personnel were tweaked, allowing him the space to do what he does best – torment opponents. And Sané did just that, a phenomenal assist set up Bayern’s attempted recovery.

Frankfurt’s exceptional start was down to the creativity and tenacity of their winger. His vision to try and chip Neuer from 60 yards was followed by an assist and rocket of a goal. Sacrificed on 75 minutes to contain their slender lead, the hosts creativity suffered after.