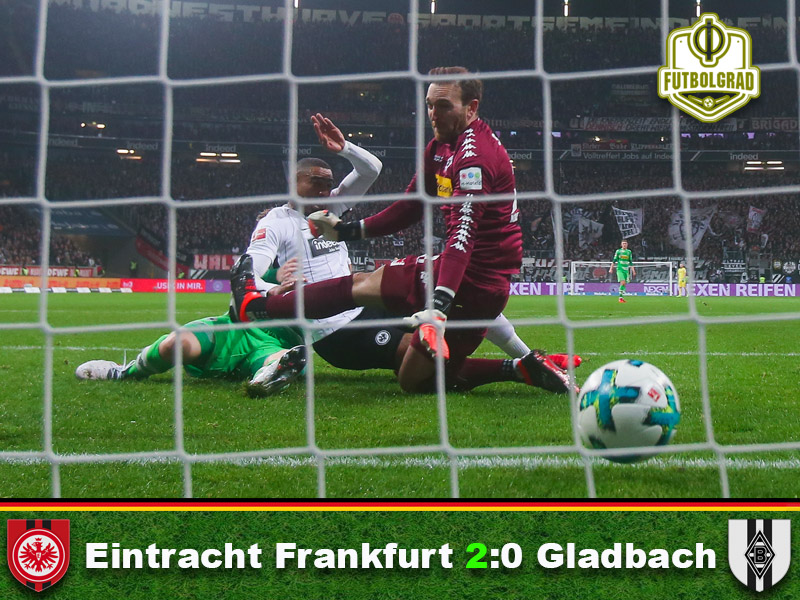 Boateng and Jovic hit the goals on Friday night as Eintracht Frankfurt vs Gladbach ended with a win for the Eagles. Gladbach will look to a missed penalty and a slow start as they open an inquest into how they leave Hessia with a two-nil defeat.

It was a loud Commerzbank-Arena that welcomed the start of Matchday 20. Both clubs were jostling for a shot at starting Saturday in second place but the early expectation gave way to a game of cat and mouse. Marius Wolf had the first chance on six minutes, dragging the ball wide when it looked a certainty to score from four yards.

The visitors were forced into an early substitution. Goalkeeper Yann Sommer left the field on 16 minutes, replaced by Tobias Sippel. The Gladbach number one walked off the pitch unaided and without being on the end of a hard challenge. It can only be presumed that the 29-year-old became unwell forcing his early departure.  Timothy Chandler went close for the hosts before the American then delivered a dangerous cross from which Kevin-Prince Boateng tapped the ball home. All eyes will have been on Herrmann, the defender easily beaten in the build-up to the goal. As the referee brought the first half to an end it was the hosts who deserved their lead. Gladbach not even registering one chance on target during the first 45 minutes. 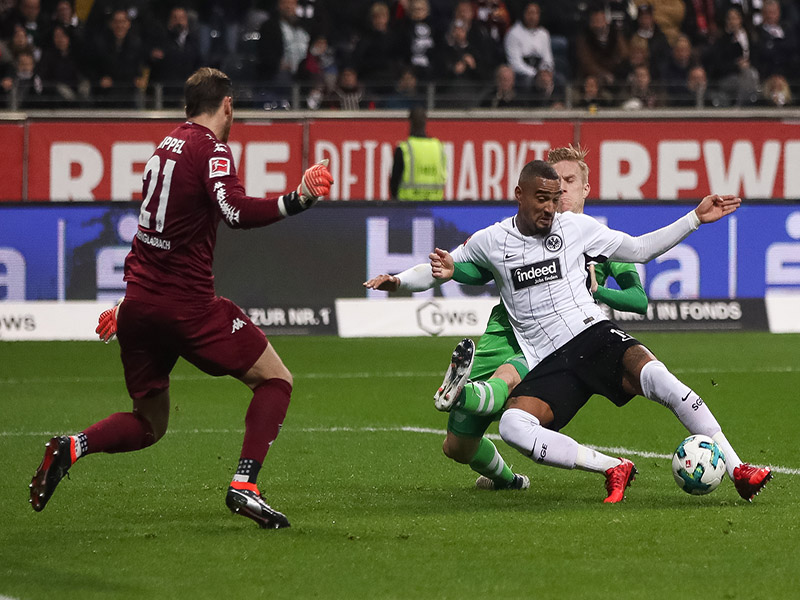 If Gladbach were poor in the first half, they were much better in the second – the scales of powerfully tipped towards the Foals favour as they tore out of the halftime break. The half was just seven minutes old as Gladbach had their first sight of goal – Hazard ripped down the wing, playing in Cuisance. The Frenchman twisted and turned in the area, eventually finding space he unleashed a powerful shot but it was right down the throat of Hradecky – the visitors had their first shot on target

Herrmann, culpable for the Frankfurt opener then tried to rectify the situation – the midfielder rattled the crossbar from distance, Gladbach were in the ascendancy. The hosts then escaped without a penalty being awarded against them – Boateng hurled Vestergaard to the floor from a corner, the referee didn’t see it and the VAR, well that wasn’t even considered. Seven minutes later and the Foals were awarded a penalty – Boateng adjudged to have fouled Stindl. Television replays showed the Gladbach captain’s back foot caught Boateng and not the other way around. Hazard stepped up but blasted the ball against the bar.

As the game went into added time Frankfurt delivered the killer blow – Luka Jovic netted his second goal in two games from the bench. Kovac’s men had ridden their luck at times but as the final whistle blew it was the Eagles who leapfrogged a chasing pack into second place.

Eintracht Frankfurt vs Gladbach – Man of the Match

Omar Mascarell was the man of the match. The 24-year-old Spaniard controlled the middle of the park for the home side. With a 92 percent accuracy of passing it was his patrolling that made the visitors ineffective for over half the match. When Gladbach pressed on they were forced to go wide, the central midfielder pulled left to try and stop the danger in its tracks. If Eintracht have ambitions to end the season in a European place they will require this sort of performance week in week out. 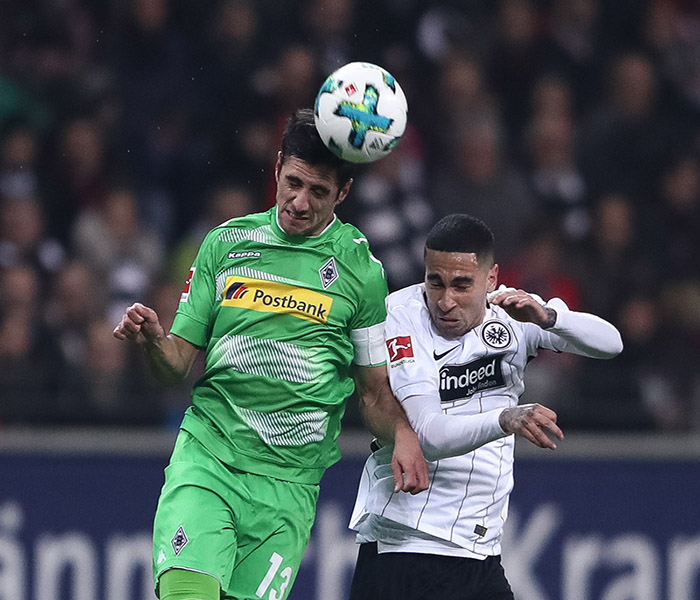 Gladbach had an almost certain spot kick waved away but were eventually rewarded with a lucky penalty after Stindl was adjudged to have been brought down by Boateng. Thorgan Hazard stepped up but blasted the chance against the crossbar. The chance to pull level disappeared and with it the chance to drag themselves back into the game.