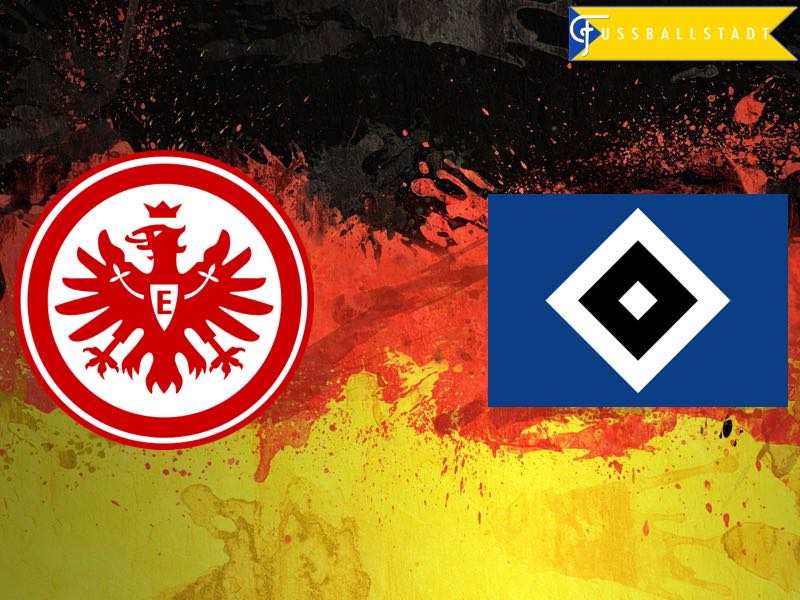 A feisty encounter ended Matchday 25’s Saturday games. Frankfurt and Hamburg played out an ill-tempered 90 minutes in the Commerzbank-Arena which saw The Eagles miss a chance to regain the final Europa League slot in the Bundesliga.

In a game which saw the return of Eintracht Frankfurt’s Marco Russ, it was Die Adler’s captain who had the first shaky moment of this fixture – a loss of possession on the right-hand side of the 18-yard box presented Lewis Holtby with an opportunity he failed to take. However, the nerves of the Frankfurt captain soon settled.

In what was an overall bad-tempered first 45 minutes it was Referee, Benjamin Cortus, who was the busiest man on the pitch. Early chances fell to Lewis Holtby and Branimir Hrgota who both fluffed their lines. Holtby firing into the near post area which was easily put behind by Hradecky, whilst Hrgota steered an unopposed chance over that bar after an excellent cross by fellow forward Ante Rebic. A half which started frantically soon fizzled out, and as the halt time whistle blew it would have been Hamburg the happier of the two teams – a solid display by the back four of Die Rothosen with Papadopoulos catching the eye on this, his 100th Bundesliga appearance.

The second half started as frantically as the first, Rebic driving a golden chance over the bar from 3 yards after a beautiful cross from Timothy Chandler on 51 minutes. The Croatian looked destined to score but somehow got underneath the cross to fire the ball high and wide from close range. Markus Gisdol looked to freshen things up on 60 minutes with the introduction of Michael Gregoritsch, replacing Lewis Holtby – it had an instant effect as Die Rothosen took the game to Frankfurt. Kostic fouled in the area by David Abraham resulted in only a goal kick, on review it was a clear penalty but referee Cortus waved away the Hamburg protests. Frankfurt responded and on the 71st minute Michael Hector was unlucky not to score, denied by a tremendous reactionary save from René Adler. The quality of the save was evident, Papadopoulos celebrated with his Goalkeeper like they had scored a goal.

Marco Russ received a standing ovation on 80 minutes as he made way for substitute left back Taleb Tawatha. The Frankfurt captain is still treading the road back to full fitness and this outing, his first for 10 months, will certain help achieve this. The late introduction of Alexander Meier couldn’t provide the goal spark required for Frankfurt and as in the first half the fixture petered out to leave both sides taking a point.

Eintracht Frankfurt vs Hamburg – Man of the Match: 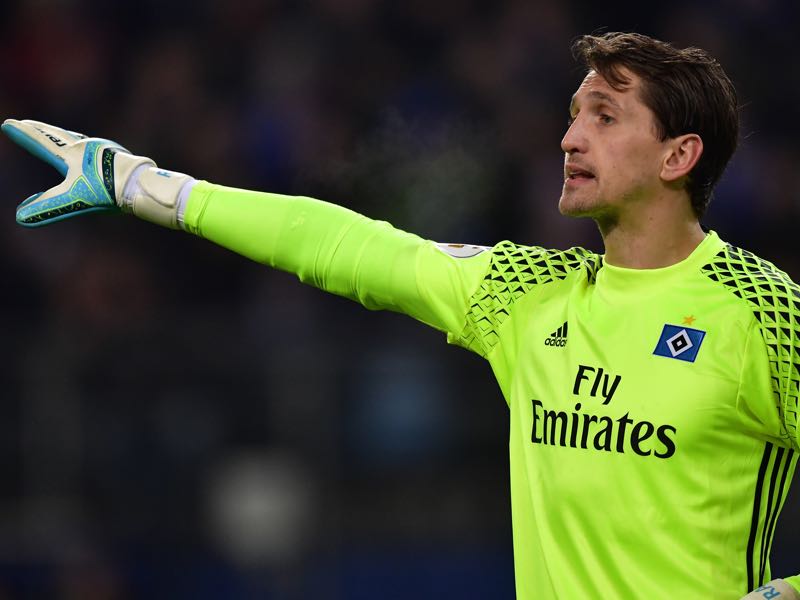 René Adler was the player of the match for Eintracht Frankfurt vs Hamburg. (Photo by Stuart Franklin/Bongarts/Getty Images)

With a point blank reactionary save René Adler showed his true quality. Cutting out a dangerous cross deep into added time he twice saved Die Rothosen and they will look to his quality for the remaining fixtures to pull clear of the relegation zone.

Hamburg will be looking skywards asking just how their claims for a penalty on 60 minutes were turned down. Had the referee pointed to the spot it would have resulted in a near certain goal, propelling them from 16th to 12th.