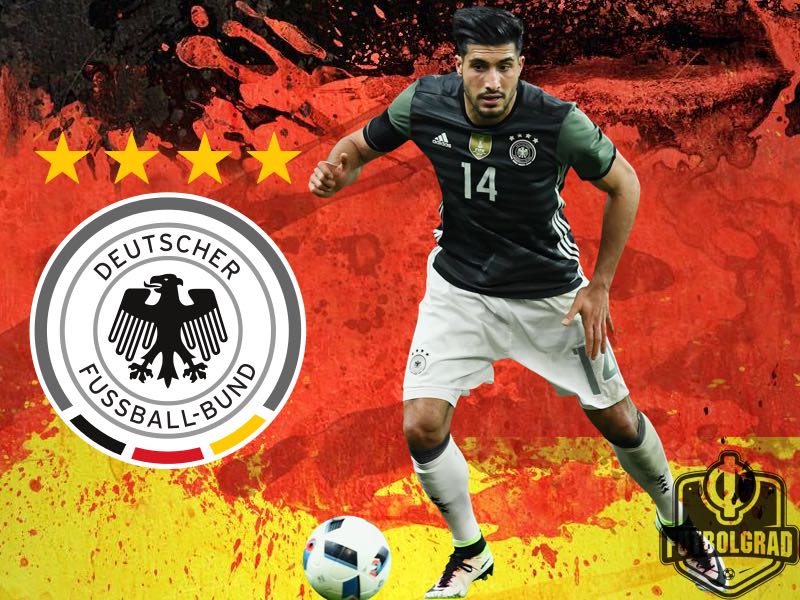 Emre Can – Where Does he Fit in Joachim Löw’s Plans?

It was a mature performance against Chile on Thursday night by the German national team. The youthful side selected by Joachim Löw highlighted that they are more than capable of going toe-to-toe at the Confederations Cup against a world-class team like Chile. One player who stood out, in particular, was Liverpool’s Emre Can.

The product of Eintracht Frankfurt and Bayern München had a mature game playing alongside future Bavarian Sebastian Rudy in midfield. With his physical presence, he was able to both break apart attacking moves by a highly flexible Chilean attacking line, but also instigate plays himself.

One such example was moments before the goal that would tie it up for Germany in the 41 minute. Emre Can won the ball in midfield paced through the centre of the park and then spotted Jonas Hector on the left, who then would cross the ball to the middle of the box were Borussia Mönchengladbach’s Lars Stindl finished the move.

Emre Can Provided the Key Moment Against Chile

It was a critical juncture for Germany who managed to settle the game and then see out a 1-1 draw against Chile. The result, in fact, will give them a great chance to advance to the semi-finals of the tournament with a draw against Cameroon on Sunday night in Sochi. For those wagering that Germany will play it safe and draw—payouts are averaging 4/1—so best to check some options for online gambling sites beforehand. Either way, Germany will easily advance to the semi-final on Monday. 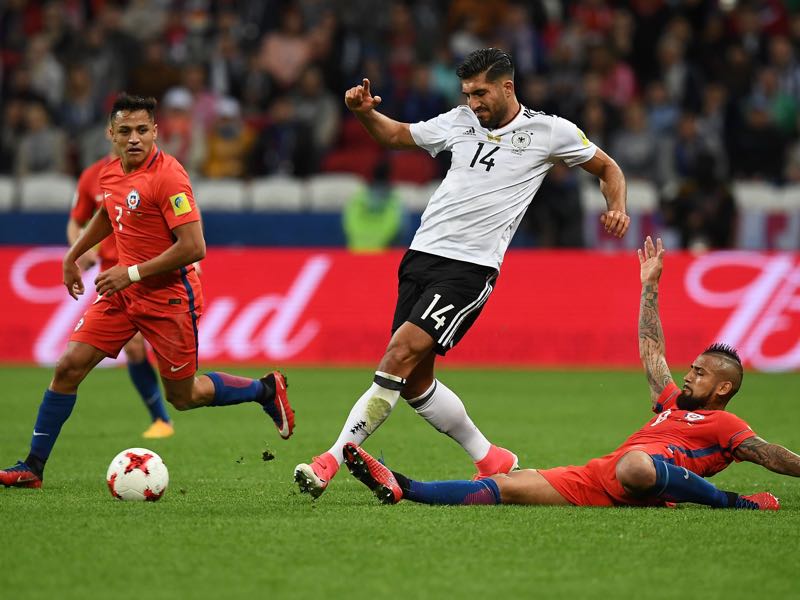 Whether Can will be part of the starting lineup on Sunday remains in doubt, however. Joachim Löw did not make a single substitution in the game against Chile on Thursday, which suggests that he will heavily rotate the squad on matchday 3 against Cameroon. In fact, Germany’s national team coach seems to be sometimes at a loss on how to use the Liverpool midfielder.

In recent years Germany has been incredibly strong at the centre of the park. The likes of Toni Kroos, Sami Khedira, Julian Weigl, Ilkay Gündogan, and lately Sebastian Rudy as well as Leon Goretzka all seem to be slightly ahead of him in the pecking order when it comes to fielding the two central midfielders behind Germany’s attacking line. For that reason, Joachim Löw has somewhat experimented and played Can at various positions. But neither the right-back position nor the brief experiment as centre-back worked out well for Emre Can.

The game against Chile now showed that Germany could use an aggressive leader like Emre Can, however. A bit of a cross between Sami Khedira and Michael Ballack Emre Can manages to bring physical presence and power to Germany’s midfield. Can is more than capable to win a ball aggressively and then use his stamina to power through the midfield to create attacking plays. His tactical and technical abilities further allow him to solve problems at tight spaces.

Germany Could use an Aggressive Leader

Now the central question remains where exactly Germany could field him? Joachim Löw seems to have developed a liking for the 3-4-2-1 formation with two defensive minded midfielders backing up two attacking midfielders—of which one can act as a false number nine. Against Chile, the two attacking midfielders were Julian Draxler and Leon Goretzka, which gave room for Emre Can play alongside Rudy behind the attacking pair.

This formation, in particular, seems to suit Can well because it allows the Liverpool man to act as a connection player between defence and attack. The formation could also enable Can to seriously challenge Sami Khedira for a position in the World Cup squad next summer. Can like Khedira is considered a bit of a dynamic leader in midfield, but Can seems at times lost in his transition game. Perhaps that is just a question of maturity at this point, but there is certainly still a sense of doubt in Germany on whether Can can fit into Löw’s system. 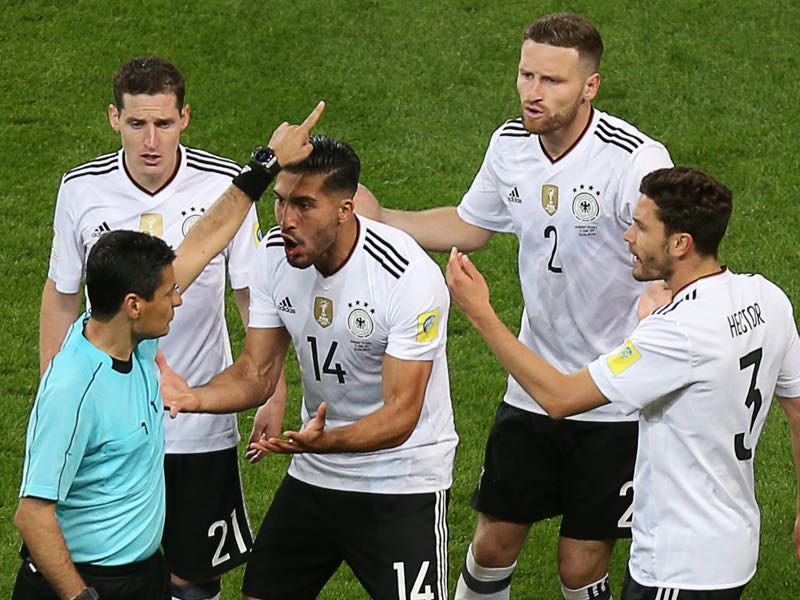 Emre Can was the aggressive leader against Chile. (ROMAN KRUCHININ/AFP/Getty Images)

Perhaps it is that sense of doubt back home that has made Emre Can wonder about his future. At Liverpool, he has at times been considered as the natural successor of club legend Steven Gerrard. The truth is that they are two different players and that Klopp like Löw seems at times lost when it comes to using Can correctly. For Can, this has meant that he has asked for the opportunity to specialise on one position only to sharpen his profile.

Recent offers from Juventus, who are keen to bring in Emre Can to play alongside Khedira, show that Can is a player whose ability is highly respected. But at the same time, he needs to sharpen his profile and establish himself at the centre of the park to become a key player for both club and country. One thing is for certain matchday 2 of the 2017 FIFA Confederations Cup was a step in the right direction towards that path.