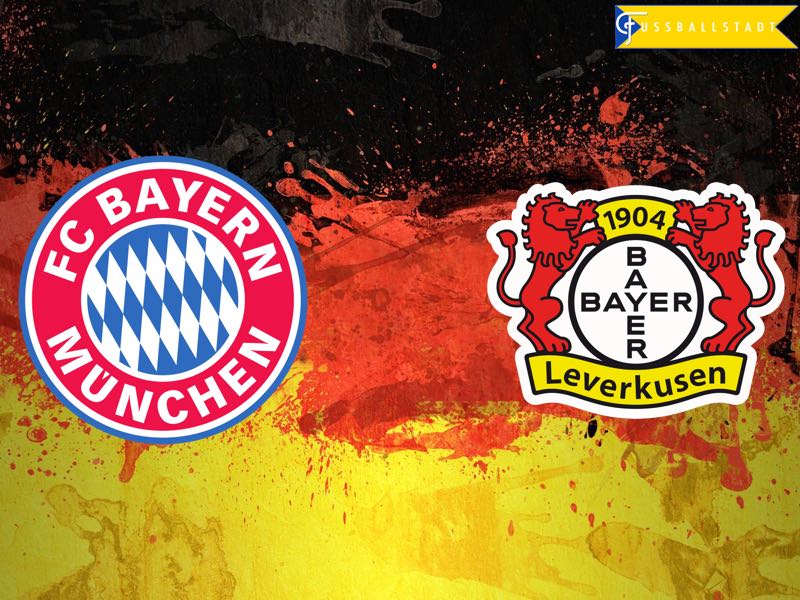 FC Bayern München go back to their winning ways with a tightly fought victory against Bayer Leverkusen.

Bayern München entered the match under pressure, as they needed the three points to close the gap to RB Leipzig, who won their match against SC Freiburg on Friday. But it was Bayer Leverkusen with the first major chance of the match with Admir Mehmedi combining well with Hakan Çalhanoğlu, but the Swiss striker missed the net. On the other side Thiago set up Thomas Müller for a close range shot, the German international, however, continues to struggle in front of the net, and then Douglas Costa’s fine cross in the box found Joshua Kimmich his header was stopped by Bernd Leno, however. Bayern would find the net eventually when Bernd Leno gave up a juicy rebound after a low drive by Philipp Lahm, which allowed Thiago to nod the ball home. But Bayer were only stunned for a moment, as Julian Brandt found Çalhanoğlu in the penalty box, who finished the move with a wonderful finish.

Bayern begun the second interval on the front foot pressing Leverkusen’s defence, and Douglas Costa could have fired Bayern ahead, but Bernd Leno was up to the task to stop the shot. Shortly after the ball would be in Leverkusen’s net, however, as Mats Hummels was left alone in the box during a corner kick, and the defender made no mistake, and headed the ball passed Leno. Roger Schmidt reacted right away bringing on Kevin Volland and Chicharito in a double switch in an attempt to overturn the result. The final third of the game developed into a wide open affair with both sides looking to score next, and Volland almost equalized when he received a magnificent ball from Jonathan Tah, but Javí Martinez did well to wrestle the forward off the ball. Bayer would then attack in desperation with Bayer defender Aleksandar Dragović driving the ball forward on a frequent basis, creating chances for his forward line, but Bayern was able to hang on.

Joshua Kimmich continues his fine form this season. The young star was key for Bayern going forward, and set up Mats Hummels for the game winning goal.

Roger Schmidt once again demonstrated that he is not afraid to start young stars. Leverkusen’s starting line-up included the 17-year-old Kai Havertz, the 19-year-old Benjamin Henrichs, and the 20-year-old Julian Brandt. Bayer Leverkusen did not get the result they hoped for in Munich, but the future surely looks bright for a young and exciting Leverkusen side.