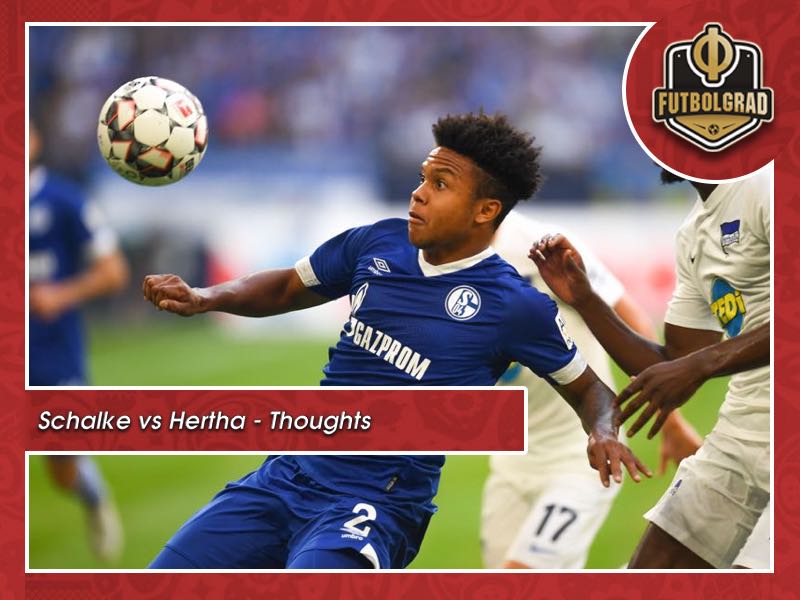 Gelsenkirchen – FC Schalke 04 vs Hertha BSC ended with the club from the capital claiming all three points at the VELTINS-Arena. Ondrej Duda put the visitors ahead seconds after Daniel Caligiuri’s early penalty miss, bagging his brace late on with a curling free kick after Yevhen Komoplyanka was sent off.

The victory put’s Pal Dardai’s side level with Bayern München and Wolfsburg. Schalke suffered their second straight defeat in a disappointing display with some soul searching to do in the international break.

Schalke were presented with a glorious opportunity to take the lead early on after referee Sascha Stegemann awarded the home side a penalty. Daniel Caligiuri stepped up but shot wide, and his miss was swiftly punished. Javairo Dilrosun set up Ondrej Duda who scored within seconds to put Hertha 1-0 up.

From then on it was always going to be tough for Tedesco’s men to break down an organised and well drilled Hertha side. The Berlin club slowed the game down and were content to sit back and play on the counter-attack, adding to their lead with Duda’s delightful free kick in added time.

They might not be the most aesthetically pleasing side to watch, but Hertha can certainly be effective at preserving an advantage. Pal Dardai has turned his team into a hard-working unit that are tactically disciplined and able to execute a well-devised game plan.

Hertha finished 10th last campaign after consecutive seasons in the top seven. There is every reason to believe that they can break back into the top half of the table and threaten for a return to Europe.

Dardai has proved himself to be highly effective as a tactician and man manager. Despite his long history and love for the Berlin club, there could be opportunities coming his way from clubs that are regular top four contenders.

Hertha have a team full of promising young talent that have every opportunity to improve under Dardai. Sporting director Michael Preetz has assembled a quality squad with depth in every position that shouldn’t be greatly affected by injuries or suspensions. 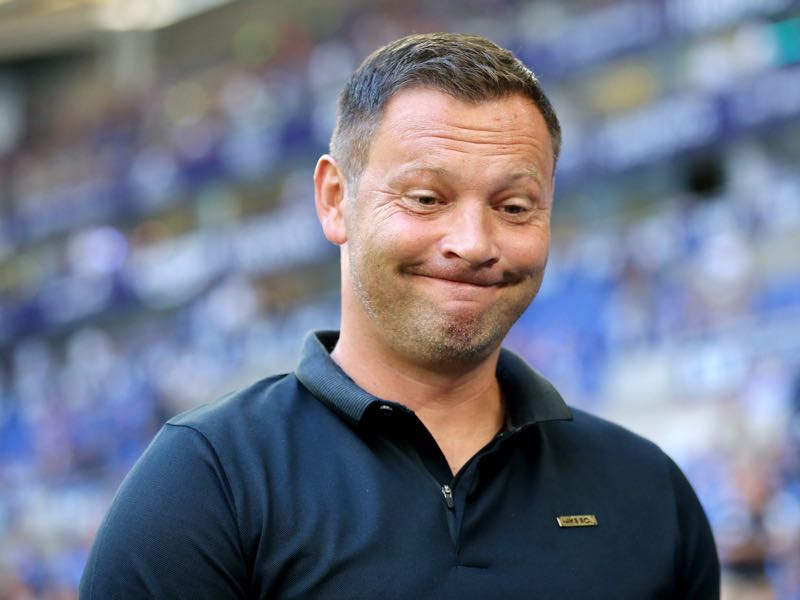 Head coach Pal Dardai of Berlin looks on prior to the Bundesliga match between FC Schalke 04 and Hertha BSC at Veltins-Arena on September 2, 2018 in Gelsenkirchen, Germany. (Photo by Christof Koepsel/Bongarts/Getty Images)

Their central defensive options are all young with high upside in Karim Rekik (23), Niklas Stark (23) and Jordan Torunarigha         (21). Midfielders Arne Maier (19) and Ondrej Duda (23) are set for breakout seasons while Marko Grujić (22) could be a valuable addition on loan from Liverpool.

Javairô Dilrosun (20) may prove to be one of the best transfers of the season, Valentino Lazaro (22) has started the season on fire with Davie Selke (23) and Pascal Köpke (22) to put pressure on 34-year-old striker Vedad Ibisevic.

Weston McKennie had a positive debut season for Schalke and has established himself as an international player for the United States. Primarily playing as a central midfielder, the recently turned 20-year-old started on the right side of a back three due to Matija Nastasić’s suspension and Benjamin Stambouli’s injury.

Hertha’s Javairo Dilrosun replaced the injured Karim Rekik in the opening minutes, and the former Ajax and Manchester City winger immediately got to work on McKennie. Dilrosun won an early one-on-one duel that amounted to nothing, but minutes later a repeat performance saw Dilrosun race past McKennie and square to Duda who put Hertha ahead. 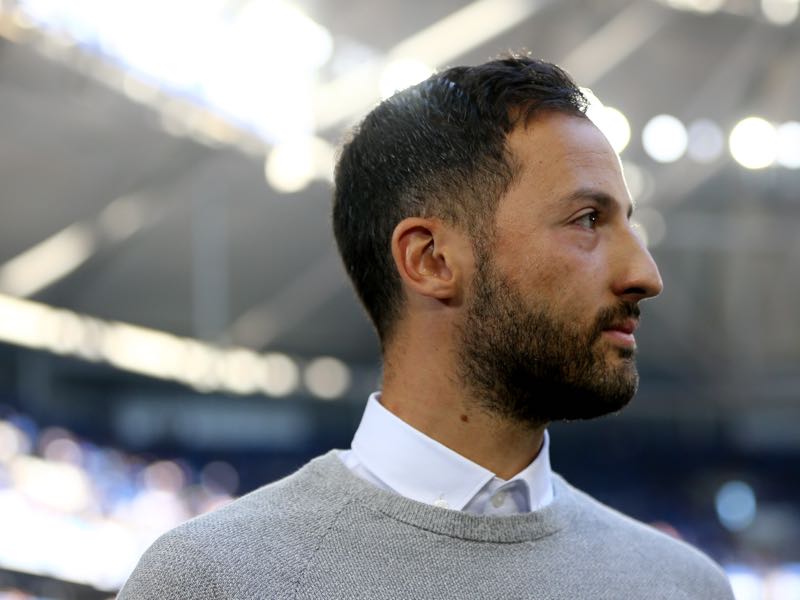 McKennie looked lost in an unfamiliar position and despite Domenico Tedesco’s sideline instructions, the Schalke manager abandoned the formation midway through the first half and moved McKennie into midfield. Hindsight is a wonderful thing, and if Tedesco had his time again, he might have started this match with a back four.

Countless times last season Tedesco realised his starting formation didn’t have the desired effect, changing things midway through the FC Schalke 04 vs Hertha BSC match and more often than not turning things in his side’s favour. The most memorable example was the 4-4 draw at Borussia Dortmund in November when Schalke overturned a 4-0 half-time deficit.

The 32-year-old manager was deservedly praised last season for guiding Die Königsblauen to second position and a return to the Champions League. It’s early days in the new campaign and too early to jump to conclusions, but is there reason to wonder if opposition managers might have devised ways to counteract Tedesco’s preferred 3-4-2-1 formation?

Perhaps a clue was given by Tedesco post-match, saying “We will carry on doing what we are good at, and we will forget about trying things that we can’t do. I take full responsibility for the things that didn’t go right today.”