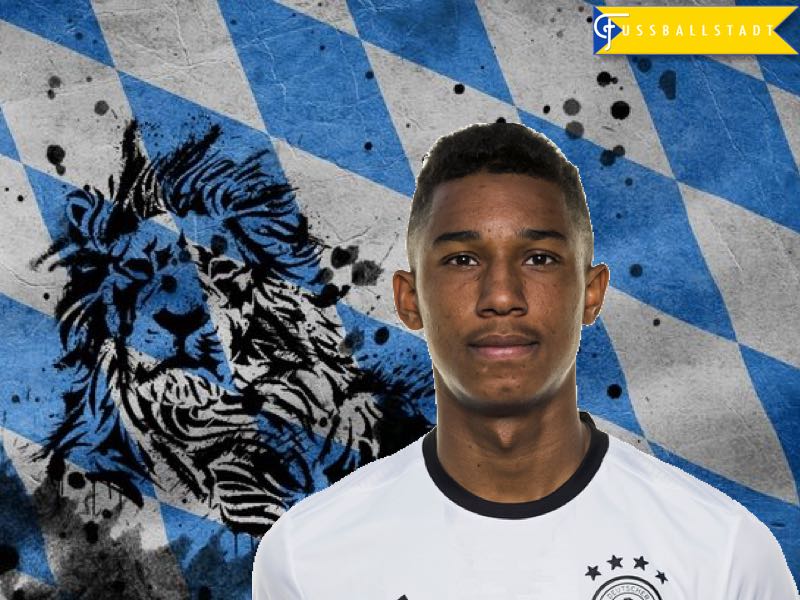 Ohis Felix Uduokhai appears to be the latest talent to emerge from TSV 1860 Munich’s prolific youth academy. The academy in fact has been one of the most prolific in Germany in recent years.

The likes of the Bender twins, Sven (Borussia Dortmund) and Lars (Bayer Leverkusen), Kevin Volland (Bayer), Julian Weigl (Dortmund) have been among the most prominent players to leave the club in the last few years.

The above-mentioned players could easily form a squad that would make the club a competitive Bundesliga side. Persistent financial problems, however, and a lack of a perspective has meant that the club was often forced to sell their talents in order to avoid bankruptcy.

Whether Felix Uduokhai will be the next talent to be sold to an aspiring Bundesliga side remains to be seen. Investor Hasan Ismaik has recently promised that the club would invest between €50 million and €100 million into the their infrastructure, including the club’s prolific youth academy, and the squad.

The club, therefore, has money to burn, and already has signed high profile head coach Vítor Pereira. But, despite the cash available, 1860 Munich has struggled to find new players in the winter. The only new faces at the winter training camp were the Brazilian, Luiz Gustavo, who will continue to train with the club for now, and Vegand Forren, who according to dieBlaue24.de will not sign with the club after all.

The lack of news on the transfer front has many 1860 fans up in arms. Many expected that the club would bring in several new faces—among them, high profile stars like Shakhtar Donetsk’s wingback Ismaily. But being at the bottom of Bundesliga 2 does not make it easy to entice players and, furthermore, Vítor Pereira seems to have a precise idea of what kind of player he needs to make the squad better.

The lack of signings and the departure of Milos Degenek to China, could be good news for the many talents of 1860’s youth academy—especially, as Pereira has a reputation for developing young prospects at the clubs he previously managed. For Felix Uduokhai, this could mean that the time to shine is now.

Felix Uduokhai has already featured in the Bundesliga 2

The 19-year-old defender has already featured in eight Bundesliga 2 matches this season after the club had several problems with injuries. This same period also saw the likes of Kai Bülow strive to reach the level required of a solid Bundesliga 2 defender.

The tall and athletic defender, Felix Uduokhai, has already been compared with the likes of Bayer Leverkusen’s Jonathan Tah, and Bayern München’s Jérôme Boateng. Former 1860 Munich head coach Kosta Runjaić told kicker magazine, “He will have a mega career, if he stays the way he is now.” Like the young Boateng, Uduokhai’s game is still inconsistent at times.

When on top of his game, he projects calmness to his teammates, but unfortunately he is also prone to making random mistakes. The example of Boateng has, however, highlighted the fact that defenders need time to mature their game. Runjaić compares Felix Uduokhai to Willi Orban (now RB Leipzig) and Dominique Heintz (now Köln), players he coached at 1. FC Kaiserslautern: “Both of them made mistakes during my time at Lautern, but have developed into strong defenders.”

Felix Uduokhai has already played against the likes of Christian Pulisic

The Futbolgrad Network was fortunate to see Felix Uduokhai at the semi-final of the U-19 championships last May, where the later champions, Borussia Dortmund, narrowly eliminated 1860. Playing against the likes of Christian Pulisic and Felix Passlack Uduokhai was one of the main reasons why 1860’s youth side could dream of reaching the final of the U-19 championship—until the last minute when Passlack scored the goal that led Dortmund to the final instead. 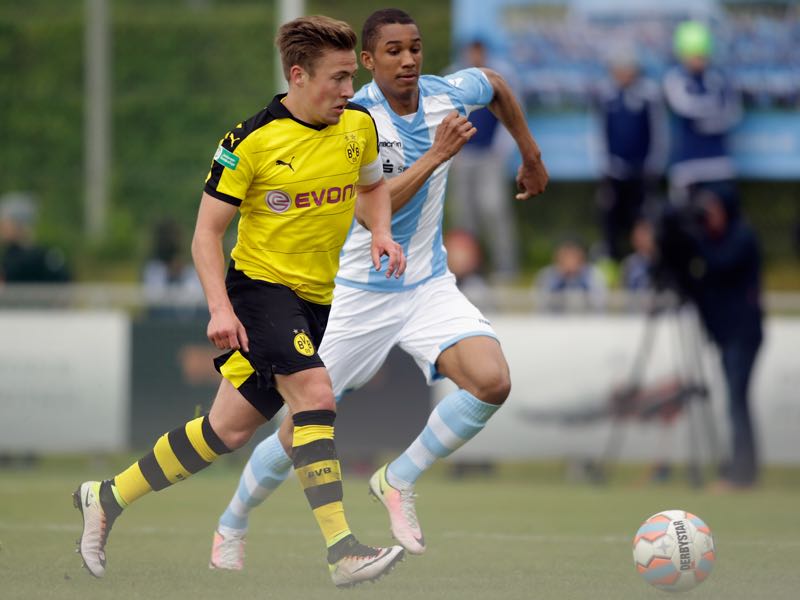 Ohis Felix Uduokhai (R) of 1860 Munich competes for the ball with Felix Passlack of Dortmund during the German U-19 championship semi final first leg match between TSV 1860 Munich U19 and Borussia Dortmund U19 at Sportpark Heimstetten on May 16, 2016 in Heimstetten, Germany. (Photo by Johannes Simon/Bongarts/Getty Images)

The game did, however, show that there is, once again, a promising generation emerging from 1860’s youth academy—another kid to watch out for is Kilian Jakob, who has also featured in the Bundesliga 2 for 1860 Munich this season. Felix Uduokhai and Kilian Jakob spearhead the latest generation of youth prospects emerging from the 1860 academy.

While 1860 fans are desperate to see new signings, we should recall that the club has not only a prolific academy, but also has signed a coach with the reputation that he gets the most out of his players. Furthermore, with Ismaik’s investment, 1860 can finally retain the likes of Felix Uduokhai, who is under contract until 2019, and consequently, rather than seeing its brightest talents play elsewhere, can start benefiting from its own academy.