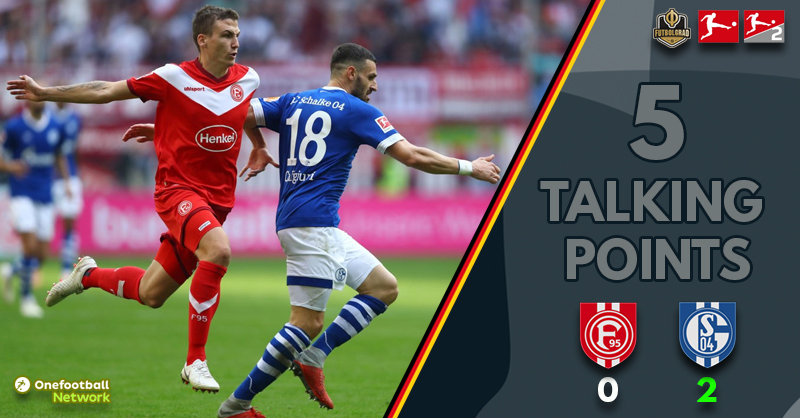 Fortuna vs Schalke. Goals from Weston McKennie and Guido Burgstaller, just after half-time proving the difference as die Königsblauen won 2:0. Domenico Tedesco’s side finally climb out of the relegation zone, with the hosts looking like a season long fight against the drop awaits.

A short 50km separates Düsseldorf from Gelsenkirchen and the Schalke supporters came in numbers to support their team. Filling their allocation and then some, Schalke shirts could be seen throughout the stadium and became even more prevalent when the home support abandoned the cause before full-time.

Schalke’s supporters grew in confidence and voice after taking a 2-0 lead, dominating the battle for audio supremacy for the duration of the match. I was impressed with the Schalke support in Mönchengladbach on Matchday 3, but they took it to a completely new level here.

Fortuna vs Schalke: Schalke back on track 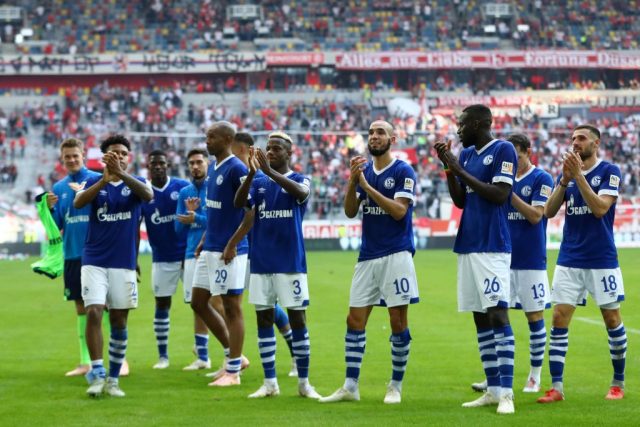 Fortuna vs Schalke saw the Königsblauen get back to business. (Photo by Dean Mouhtaropoulos/Bongarts/Getty Images)

It was a horror start to the season for Schalke, losing their first five Bundesliga games to leave the Gelsenkirchen club entrenched in the relegation zone. Victory in Düsseldorf finally lifts Domenico Tedesco’s side out of the bottom three as they begin the long road back to the top four.

It hasn’t been pretty, but Schalke have now won three games in a row including the 1-0 Champions League victory at Lokomotiv Moscow. Keeping three consecutive clean sheets will please Tedesco, but he knows that his team have to improve significantly if they are to compete against the better sides in Germany and Europe.

Fortuna vs Schalke: McKennie on fire

It’s difficult to believe Weston McKennie just turned 20-years-old. A surprise starter for Schalke last season, the USA international is improving at a rapid rate and showing an ability to handle the pressure situations.

McKennie was impressive in the 1-1 draw against Porto and has continued to play well, scoring the winner in Moscow and the opening goal in Düsseldorf. His goals shouldn’t overshadow his contributions on the pitch however. The youngster displays a maturity beyond his years, particularly his spatial awareness and anticipation.

Tedesco has given McKennie the freedom to push forward when the situation arises and it is paying dividends. He is close to being the first name on Tedesco’s team sheet and appears to have an extremely bright future. 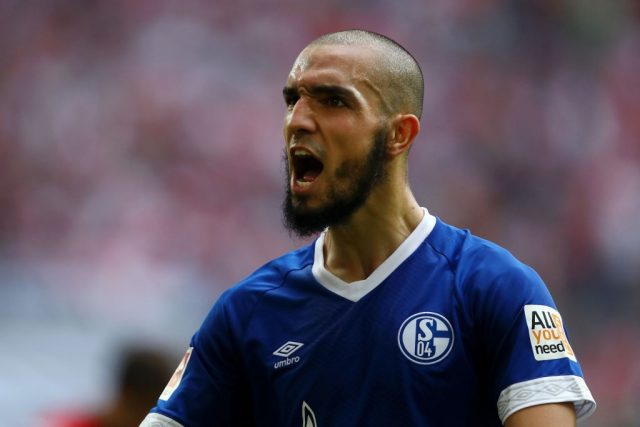 Nabil Bentaleb was in and out of Schalke’s team last season, but there is no doubt he is a vital player for Tedesco. His calmness on the ball, technical skill, defensive ability and passing range make him a valuable asset despite fierce competition for places in central midfield.

Bentaleb is often Schalke’s best player and this season could be where he steps up and takes charge. The 23-year-old Algerian still has a long way to go in his career but has all the tools to be a top class footballer at the highest level.

Something had to change for Schalke so Tedesco made the move to a back four after the 2-0 defeat to Bayern Munich. A 1-0 loss at Freiburg followed, but he stuck with it and it has delivered three wins without conceding a goal.

The switch has resulted in the wing-backs receiving less of the ball with more action in the middle of the pitch. At Düsseldorf we saw Omar Mascarell, Nabil Bentaleb, Weston McKennie and Suat Serdar all start in midfield, hardly the players to offer width or run down the channels.

It might not be pretty, but Tedesco had to go back to basics, make his team hard to beat and grind out some positive results.

Fortuna vs Schalke: Düsseldorf in the zone 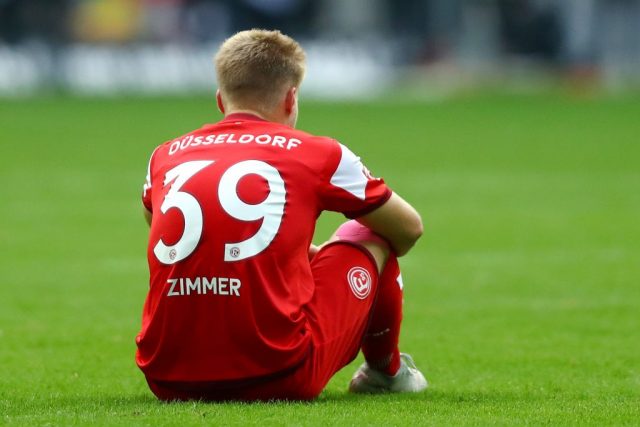 The relegation zone that is. Fortuna had some positive results early this season with draws at Leipzig and Stuttgart either side of a 2-1 home win against Hoffenheim. However, three straight defeats has sunk Friedhelm Funkel’s side into 17th position with just five goals scored.

There was no lack of effort from Düsseldorf. Benito Raman played up front and missed a 1 on 1 in the opening minutes -he tried hard alongside Rouen Hennings (and substitues Marvin Ducksch, as well as Takashi Usami as Funkel went for broke). Jean Zimmer and Alfredo Morales tested Ralf Fährmann but clear chances were hard to come by.

With all due respect, this squad is lacking the individual quality to compete at this level and a relegation dogfight appears a foregone conclusion now. It’s hard to see where Düsseldorf’s next Bundesliga points will come from with trips to Frankfurt, Mönchengladbach and Munich coming up.