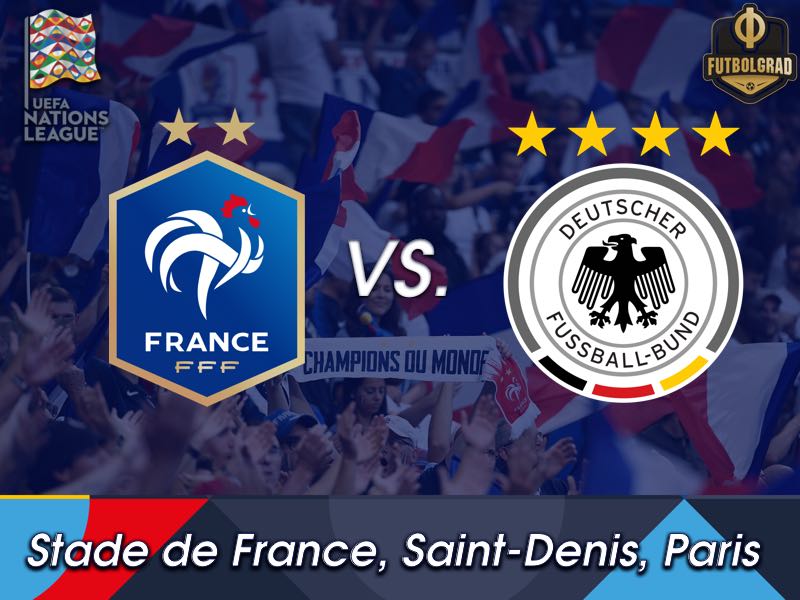 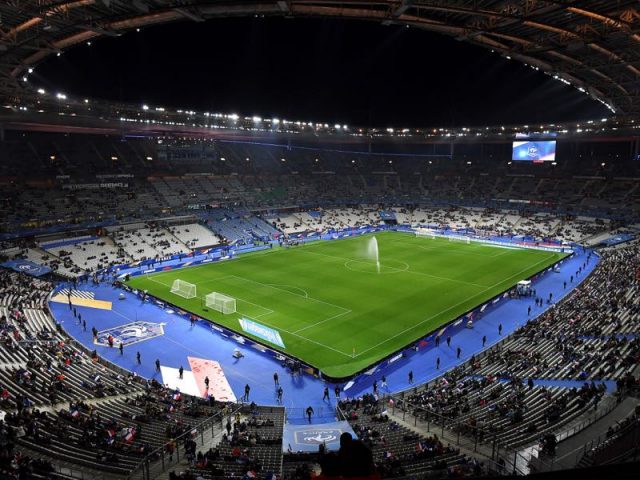 While the Netherlands sunk Germany 3-0 in Amsterdam France head coach used the time to test against Iceland. A team that included several players that generally do not belong to the first team went quickly down by two goals against the Northern European, however.

The likes of Paris Saint-Germain defender Presnel Kimpembe – he had been in excellent form for PSG this season – Lucas Digne, Olympique Marseille winger Florian Thauvin – he has left the squad with an injury – and Barcelona winger Ousmane Dembélé all failed to impress. Dembélé, in particular, received criticism after the match. “He has to develop consistency and learn what it means to play football at the highest level,” Deschamps told the media after the match.

In general, Deschamps was unhappy with his team’s performance against Iceland. “We approached the game completely wrong, we lacked tempo and movement,” Deschamps analysed. As a result, Deschamps is likely returning many of the nominal starters to the lineup against Germany.

The only exception will be Samuel Umtiti; the injured defender will likely be replaced by Kimpembe, other than that Kylian Mbappé, who turned the match around on his own after being brought on in the 60′ minute against Iceland, Ngolo Kanté, Blasie Matuidi and Lucas Hernandez will all return to the starting eleven.

“We used the Iceland friendly to prepare for Germany. Our goal for that match was to give everyone a run-out but we know as world champions we need to be demanding,” France keeper Hugo Lloris told the media on Monday. “Germany will be a very high-level match, as it was in the first game when both sides had plenty of chances despite it finishing 0-0. We need to stay true to our game plan, be efficient, realistic and effective,” Lloris added.

Whether that will be the case remains to be seen. Germany, after all, have reached rock bottom after a disastrous 3-0 defeat to archrivals Netherlands on matchday 2 of the UEFA Nations League. Together with Spain Germany had dominated world football from 2006 to 2017 reaching consecutive semifinals and finals at major tournaments and winning the World Cup, as well as the FIFA Confederations Cup.

That magic, however, is gone as head coach Joachim Löw seems to have lost his touch in recent months. Against the Netherlands Germany dominated most of the possession and also created some chances but lacked the consequence and speed to win the match. Now against France Germany are facing relegation from the first division of the UEFA Nations League. It would be a relegation, that despite the low public opinion about the competition, would have some consequences.

Germany would not be seeded for one of the ten 2020 European Championship qualification groups and could, therefore, face a major opponent on the road to the next tournament. On top of that is also the prestige of playing in the top division of the Nations League.

“France are even stronger than the Netherlands, that is a fact. They are world champions, they are playing at home and are excited to play against us. Hence, it will not get any easier, if not even more difficult,” Germany midfielder Julian Draxler told kicker after Germany’s 3-0 defeat to the Netherlands. “We have nothing to lose in this group,” Bundestrainer Joachim Löw told the media. The Germany head coach tried to show some sense of optimism ahead of what will be a difficult match for the former world champions.

Löw is not entirely wrong. Two wins and Germany would top the group and would go from a potential relegation candidate to the playoffs that would take place in 2019. “Of course”, Löw responded when asked about changes to the squad. “There will be changes within the team when it comes to names and personal,” Löw told the media on Monday’s press conference without naming specific changes.

What can be expected is that the starting eleven against France will be younger than the one that faced the Netherlands. The likes of Leroy Sané, Julian Draxler and Niklas Süle are all expected to start against France. Löw was also unfaced about the criticism and calls for resignation that became loud after die Nationalmannschaft’s defeat to Oranje. “If that was everything then I can stand it,” Löw said with a smile on his face. For him, the renewal of the team after a disastrous World Cup campaign is a “process” in which “setbacks had to be expected.”

That next setback could already be on the horizon against France on Tuesday. The current Germany squad is not short of talent. But the core of Bayern players, as well as Real Madrid star Toni Kroos, are occupied with their poor club form, and Löw has failed to install new ideas by giving younger players more playing time. With this in mind, it becomes difficult to see Germany getting a positive result against a France side that is very much on top of the world at the moment.

France vs Germany – Players to look out for:

Kylian Mbappé is the face of this France team. Still only 19 Mbappé was named a potential future leader by the prestigious US-based magazine the Times this month. Labelled “the future of soccer.” German magazine kicker has recently drawn comparisons to Brazil star Pelé. Mbappé was the first teenager since Pelé to score in a World Cup final. “His positive energy is contagious,” PSG teammate Draxler told kicker. “He is a crack a phenomenon,” teammate Neymar added. Mbappé has now scored 37 goals in his first 73 first division games more than Cristiano Ronaldo (seven) and Lionel Messi (15) when they were at the same age. Only teammate Neymar (39) has managed to score more goals before turning 20. His record in national team games is even more impressive. In his first 20 games, Mbappé has already scored 12 goals, more than Ronaldo (0), Messi (two) or Neymar (six) managed at this age. At the moment there seems to be no limit for the teenage sensation, who has the potential to dominate an entire generation of football stars. 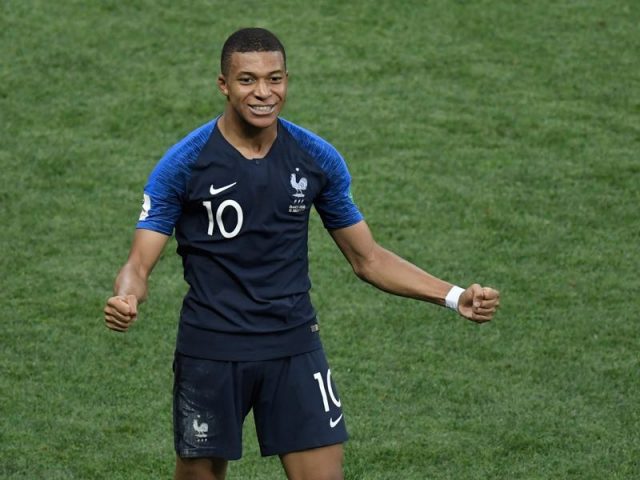 For eight years Manuel Neuer has been the unquestioned number one in Germany’s goal. Even after missing out almost an entire season with a severe injury  Löw trusted Neuer – despite having a more than capable backup in Marc-André ter Stegen – to get the job done at the 2018 FIFA World Cup. Ultimately, Neuer was not to blame for the disaster in Russia. But his nomination raised some eyebrows within the younger players in the squad. They felt that ter Stegen, who had been one of the best keepers in the world that season playing for Barcelona should have given the number one position. Those voices have grown a bit louder after Neuer had a lousy start with Bayern and made a crucial mistake against the Netherlands on Saturday. “I was a bit unlucky in the last game; you don’t always look very good as a goalkeeper. We weren’t fortunate against the Netherlands, it’s always a fine line, but I’m in decent shape. I played well during the World Cup as well, but I didn’t get the chance to distinguish myself. I feel I’m playing well,” Neuer countered the criticism. Nonetheless, for the first time in his career, his starting position in the Germany squad might be on the line as the world watches whether the keeper can return to the form that made him the best in the world. 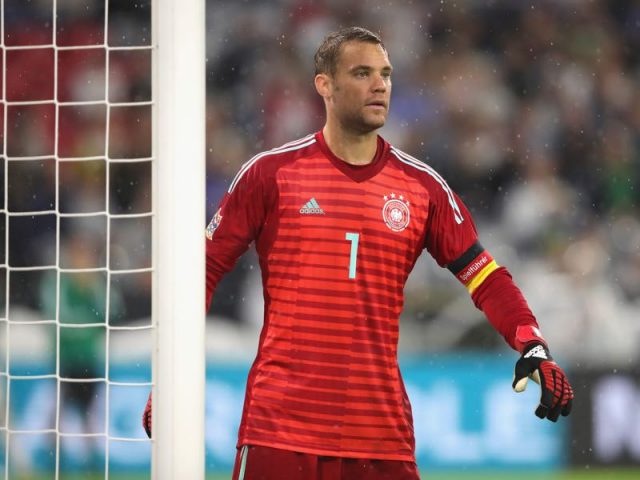