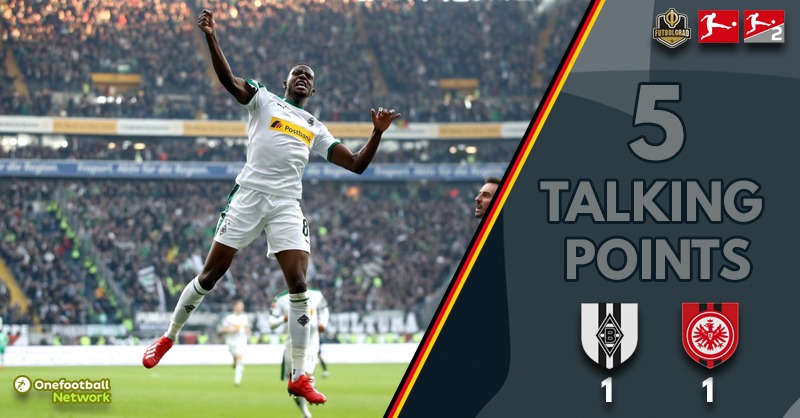 Frankfurt — Eintracht Frankfurt v Gladbach saw two sides that couldn’t be separated in an exciting and end to end 1-1 draw. Danny da Costa put the Eagles in front on the stroke of half-time with Denis Zakaria equalising in the 82nd minute. Gladbach substitute Josip Drmic blew a chance to score the winner with the last kick of the game.

The Foals started well and fashioned their best chance of the first half with Patrick Herrmann putting Denis Zakaria through with Kevin Trapp making the save. Frankfurt worked their way back into the match and had the momentum going into half-time through Danny da Costa’s close-range strike.

The second half was an open end to end affair with both teams creating opportunities to score. Just as Frankfurt looked to be doing enough to hold onto the win, Tobias Strobl found Zakaria who shot past Trapp to make it 1-1.

An Oscar Wendt cross deep into added time found substitute Josip Drmic at the back post, but the Swiss striker couldn’t connect cleanly with a share of the spoils an accurate reflection of the match.

Jonathan de Guzmán and Gelson Fernandes lined up in midfield with Sebastian Rode injured and found the going tough in the opening stages. Lars Stindl dropped deep to create an extra man, and Mijat Gacinovic was offering little assistance. 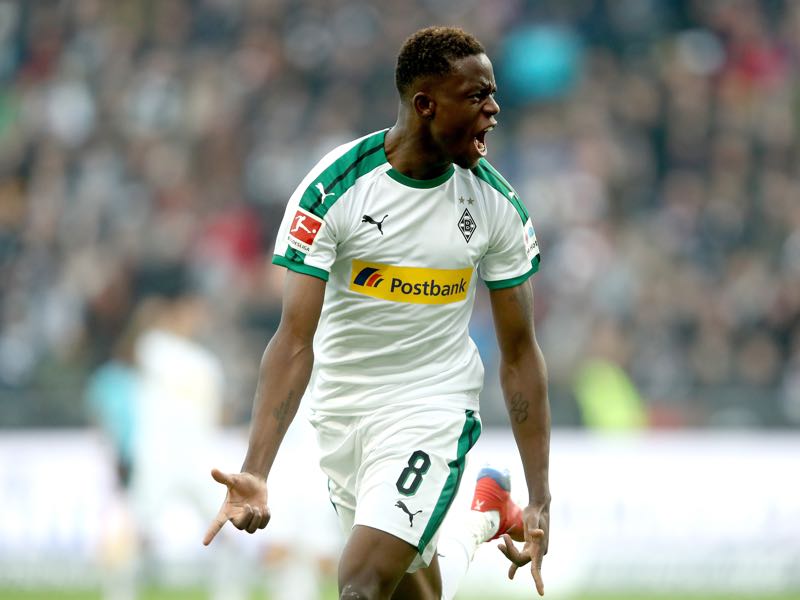 Mönchengladbach created most of their opportunities through the middle, Thorgan Hazard shooting narrowly wide and Zakaria unable to get his shot away. Gacinovic dropped deeper in the second half to plug the gaps and Frankfurt looked less vulnerable as a result.

Frankfurt should be much more solid when Lucas Torró and Sebastian Rode return from injury.

Luka Jovic started on the bench with Sebastien Haller brought back into the starting XI after being an unused substitute at Shakhtar. He found it difficult to find the ball in the first half despite winning a high number of aerial duels.

Haller grew frustrated at making good runs with his teammates unable to pick him out. He toiled hard for the team and created a good opportunity for Filip Kostic after robbing Matthias Ginter on the touchline. 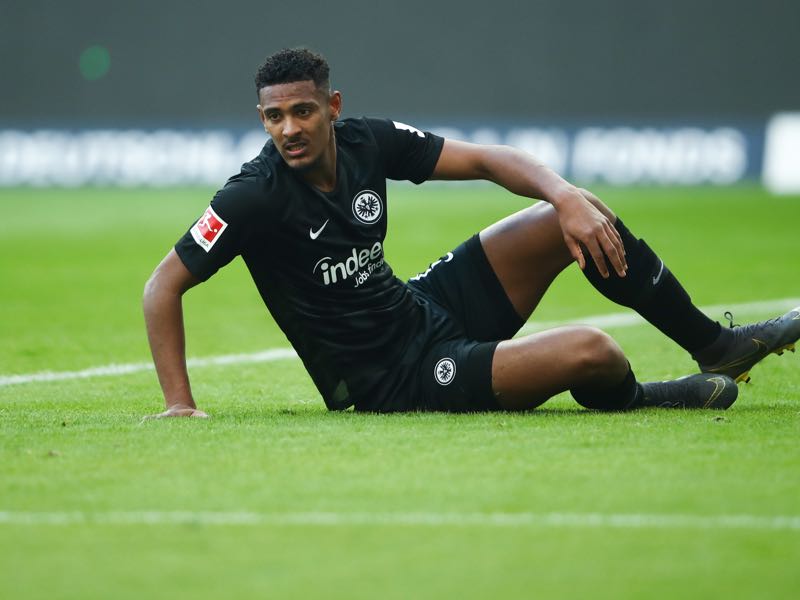 Frankfurt v Gladbach – Sebastian Haller of Frankfurt reacts during the Bundesliga match between Eintracht Frankfurt and Borussia Moenchengladbach at Commerzbank-Arena on February 17, 2019 in Frankfurt am Main, Germany. (Photo by Alex Grimm/Bongarts/Getty Images)

Ante Rebic also grew into the contest in the second half and was guilty of passing when in good positions to shoot. The Croatian forward won a number of challenges and had a good opportunity to make it 2-0 when he shot wide after collecting Haller’s header.

Christoph Kramer got the start ahead of Tobias Strobl and a decent match considering his lack of game time this season. Despite visibly struggling at times, he lasted 77 minutes before making way for Strobl.

It took just five minutes before Strobl reminded us what he has been doing best, a pinpoint pass that split the defence and found Zakaria who equalised. It was another reminder of who should remain first choice in the holding midfield role.

Valuable point for the Foals

After a surprise 3-0 home loss against Hertha Berlin, it was imperative that Mönchengladbach avoided consecutive defeats. They looked to be heading towards that result until Zakaria’s late equaliser and could have snatched all three points at the death.

Dieter Hecking’s side are having a fine campaign and remain on target for Champions League football next season. Picking up points on the road against fellow European contenders will go a long way to ensuring they reach their goal.