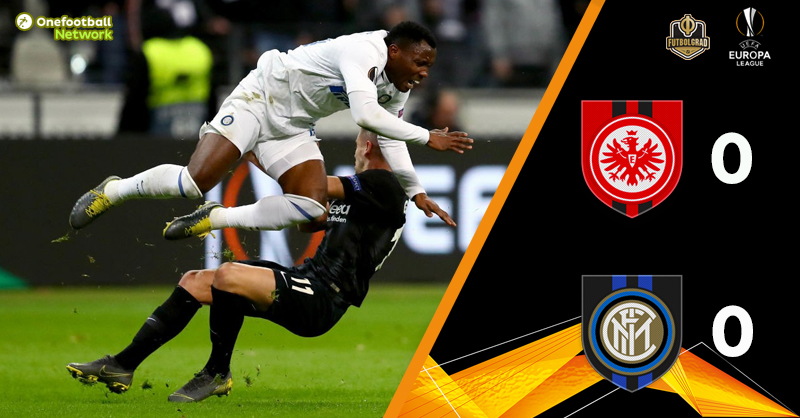 Eintracht Frankfurt held to a 0-0 draw by Inter Milan

Once again it was the fans that set the stage ahead of Frankfurt v Inter Milan. A glorious display engulphed the stands of the Waldstadion. On the pitch, it was a wide-open battle in which both sides had chances, but Frankfurt on balance should have won a game that ended 0-0.

The Italians were, however, somewhat unimpressed by the noise made by the home support. Inter pressed Frankfurt deep into the defensive end trying to take the wind straight out of the Eagles’ sails.

Frankfurt struggled at this early stage to create some breathing room. In fact, it took until the 15′ minute for Frankfurt to finally break forward, Luka Jović’s shot from 18-yards missed the target, one minute later Mijat Gaćinović (16′) tested Samir Handanović with a shot inside the box. The Eagles were now proactive and managed to play out from the back

That proactiveness grew into confidence after Kevin Trapp saved a penalty in the 22′ minute. Lautaro Martínez went to the ground easily following a duel with Gelson Fernandes. To the surprise of everyone referee William Collum fell for the trick and pointed to the spot. But justice was served when Trapp spectacularly stopped Marcelo Brožović’s penalty.

From the penalty save onwards, Frankfurt were now more involved. Nonetheless, Inter remained dangerous, in the 41′ minute a long ball found Matteo Politano unmarked on the right, his cross reached Matias Vecino in the centre, but his header was wide of the target.

Heading into the second half tide 0-0 might have been the best news for Frankfurt up to this point. Although the Eagles were better towards the later stages of the first interval, Inter saw a penalty saved and had the majority of the play.

Coming out of the dressing room Frankfurt were the better side. In the 48′ minute, Martin Hinteregger saw a header stopped by Handanović, in the 51′ minute a goal was called off after Sebastién Haller was in passive offside in the 53′ minute, he then was denied a goalscoring opportunity after being brought down inside the box, finally Jović saw headers stopped by Handanović in the 54′ minute as well as the 60′ minute.

Frankfurt were now clearly the better team and produced even more chances. In the 70′ minute, Hinteregger had joined the rush and had a free run at goal but despite having plenty of space set the header past Handanović’s goal.

Remarkably the game was still goalless heading into the final 15 minutes — a result that seemed to be engraved into stone when Handanović kept out Jović’s shot in the 87′ minute from inside the box and then also had to be on guard when Gaćinović tested him from the edge of the box. Overall, it was a game of two halves, Inter controlled the first 45 minutes, and Frankfurt bossed the second 45 minutes and on balance should have perhaps won the game.

Kevin Trapp was the man of the match. On loan from Paris Saint-Germain, who went out last night thanks to a last minute penalty scored by United’s Marcus Rashford Trapp has been a key player for Frankfurt all season and tonight kept his side in the tie when he saved Brožović’s penalty in the first half. 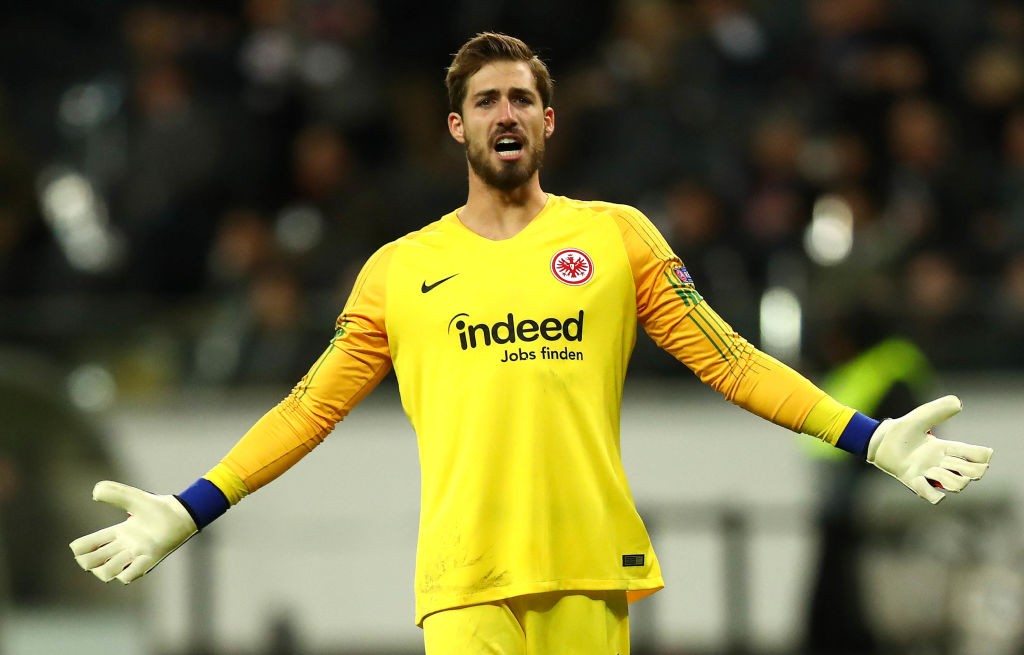 It was another magical European night. The fans set the stage ahead of the game with a wonderful tifo celebrating the 120-year history of the club. Frankfurt’s fans have been special throughout the competition and are expected to travel to Italy a week from now with 13,500 fans. Hence, that game will feel almost like a home fixture for Frankfurt as they hope to continue their tour through Europe.