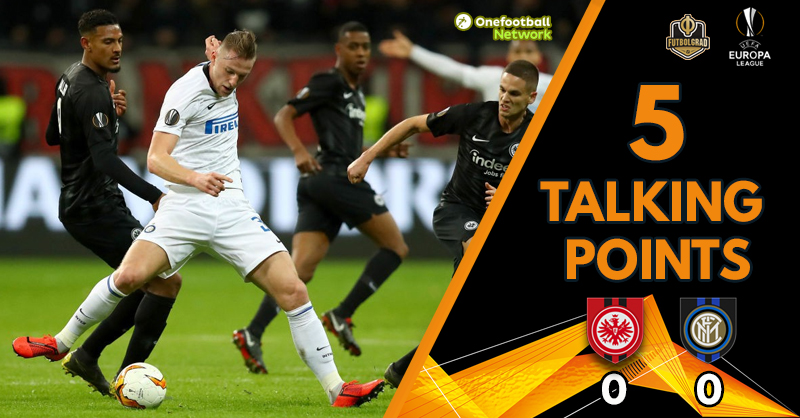 Frankfurt v Inter – Eintracht Frankfurt and Internazionale played out a hard-fought and entertaining 0-0 draw in the Europa League Round of 16 1st leg clash at the Commerzbank-Arena. The Italian club started strong with a Marcelo Brozovic penalty saved by Kevin Trapp, the Eagles dominating the second half but unable to break the deadlock.

The result leaves the tie finely poised ahead of the return leg at the San Siro next week. Frankfurt showed they have nothing to fear against the Italian giants, and with their fanatical support behind them, the aim will be a victory in Milan.

Frankfurt should have no fear

Eintracht were guilty of showing Inter too much respect in the opening stages but Trapp’s brilliant penalty save was the turning point. Buoyed on by a raucous home crowd, Frankfurt stepped up a gear and the Italian club had few answers, content to sit back in the second half and hope for counter attack opportunities.

Sébastien Haller was slightly disappointed after the match, saying: “We could do better today, we were not brave enough and we need to be better technically.” The lesson for the Eagles was that they should fear no team and continue to believe in their own strengths and abilities.

they should fear no team and continue to believe in their own strengths and abilities.

The second half was one-way traffic with a number of chances blocked or saved as Inter held onto the draw. Much of Frankfurt’s trademark combination play around the box was lacking, perhaps due to the absence of Rebic but also due to Inter’s defensive approach.

The attacking trio of Haller, Luka Jovic and Ante Rebic have been deservedly hogging most of the headlines in Frankfurt, but this was a night for some lesser discussed players to shine. Brozovic’s spot-kick produced a fantastic save from Kevin Trapp who turned the match and denied the visitors a crucial away goal.

Mijat Gacinovic combined well with Filip Kostic on the left wing who created the majority of Frankfurt’s opportunities. It was one of the January signings that impressed the most, however, with Martin Hinteregger having a standout performance.

The big defender was targeted by Ivan Perisic and Kwadwo Asamoah early on but recovered to record a game-high five tackles and stop a number of dangerous Inter attacks. Hinteregger showed impressive vision and passing range, picking out Kostic on numerous occasions with long balls launched from his left and right foot. 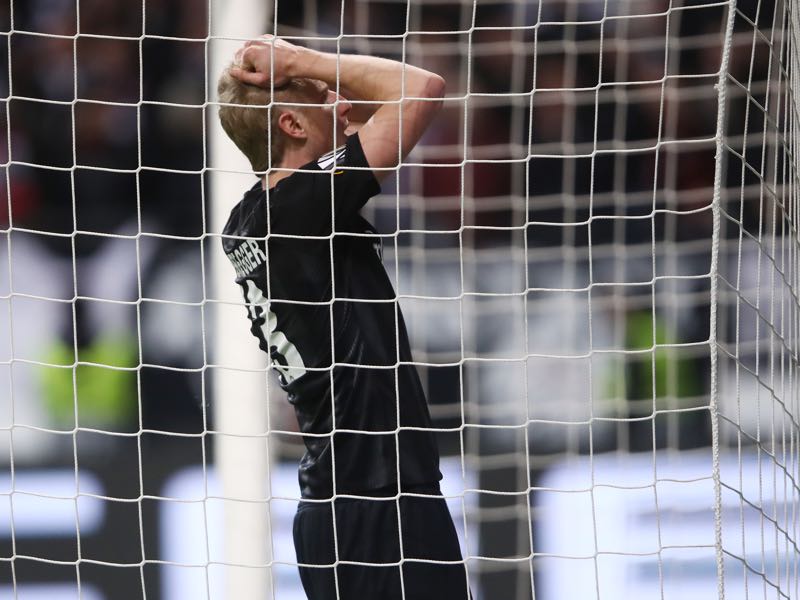 Frankfurt v Inter – Martin Hinteregger reacts during the UEFA Europa League Round of 16 First Leg match between Eintracht Frankfurt and FC Internazionale at Commerzbank-Arena on March 07, 2019 in Frankfurt am Main, Germany. (Photo by Alex Grimm/Getty Images)

The Austrian international forced a move away from Augsburg and landed at the perfect club. Adi Hütter said in February that: “I’ve already worked with Martin, so I know him very well. He’s already demonstrated that he can be an absolutely top-class player in the Bundesliga and he can help us right away given his quality.”

It was unfortunate that Hinteregger headed a Kostic cross wide when in a great position to score, but it shouldn’t detract from what was a fine performance.

Lautaro Martínez was going nowhere at the edge of Frankfurt’s penalty box when Inter were awarded a penalty by referee William Collum. Gelson Fernandes wasn’t completely innocent but the contact was minimal and the decision was harsh.

Haller said it was a matter of experience, saying “you just touch him a bit and he goes down.” What followed in the second half was a decision that baffled the French striker, the crowd, his teammates and Hütter who was sent to the stands for dissent. 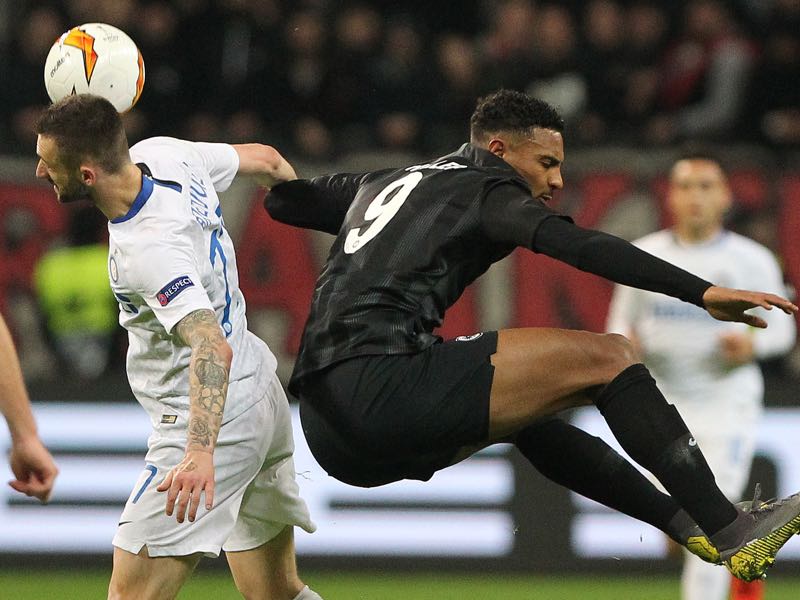 Haller received the ball in the box and was ready to pull the trigger before a clumsy Danilo D’Ambrosio took the French striker down. Referee Collum was unable to consult VAR which isn’t being used in the UEFA Europa League, Makoto Hasebe receiving a booking for some passionate protests.

Asked about the incident after the match, Haller replied: “He pushed me in my back, you can judge, I don’t think it was a good decision”.

Inter ripe for the picking

Luciano Spalletti’s game plan was well executed early on with wingers Perisic and Politano prevalent. It became clear after Trapp’s penalty save however that the Italian’s lost belief and Frankfurt gained the confidence to impose themselves on the contest.

The fractures in this Inter side were evident with the Mauro Icardi debacle likely to be part of a larger problem. The 18-time Italian champions and 2009-10 Champions League winners have the prestige and pomp befitting a top Italian club, but on the pitch there is little to be feared.

When asked if he thought Inter’s approach in the second half was negative, Haller said: “If you see the body language from the players our course, we put a lot of pressure, they tried to defend a lot.” Trapp said it was a mixture of approaches from both clubs: “Second half we played much better, at the end they didn’t want much, they were just defending.”

The Commerzbank-Arena is arguably the best stadium in Germany for atmosphere and home support which was on full display once again for Frankfurt v Inter. The pre-match choreography inspired the players, Trapp saying: “The atmosphere for the last few months is incredible, we give it to the fans and the fans give it to us. Here at home is something very special.”

Haller was just as impressed: “Every game we play at home it’s amazing. They give us a lot of power for every game, you feel an extra power and in the most important moment it makes a difference.”

More than 4000 Frankfurt supporters travelled to Cyprus, almost 3000 made the trip to Ukraine and approximately 10,000 outnumbered hosts Lazio at the Olimpico in Rome. The allocation for Frankfurt fans in Milan was increased to 13,500 with 20,000 reportedly applying for tickets.

The second leg has the potential to feel like a Frankfurt home match where the supporters can play a part in inspiring their team to the quarter-finals. The players certainly believe, Haller saying: We are going to Milan to win, that’s the only way we can play, we need to believe because now we have a great chance. Now we really have to show what is Eintracht Frankfurt.”