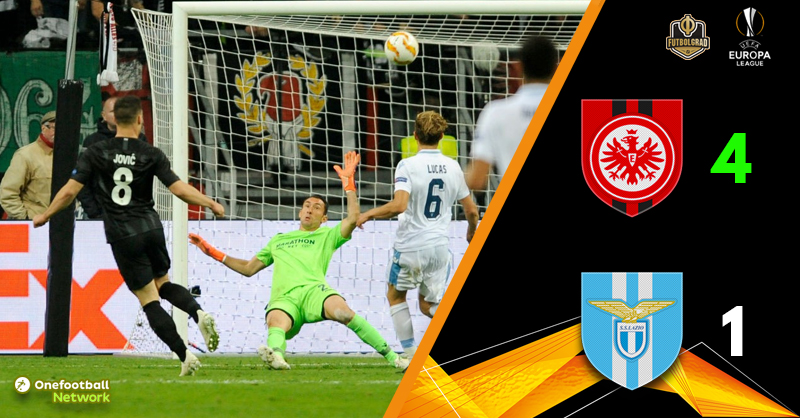 Super Eagles Power Past Lazio On A Special Night In Frankfurt

Frankfurt vs Lazio saw die Alder power past their visitors on a special night inside the Waldstadion. Four wonderful goals were enough to see off a Lazio side who were reduced to nine men – thanks in part to a strange decision from the Dutch referee.

A vibrant and loud Waldstadion welcomed Frankfurt as they played their first European home game in four years, it was billed as something special for both club and city – it took just four minutes for the ‘special’ to arrive.

Attacking from the off, Eintracht were simply too powerful for their Italian visitors to contain. Jonathan de Guzmán clipped in the hosts second corner in quick succession and, with just four minutes on the clock, Danny da Costa smashed home a volley from close range.

The pre-match atmosphere was intense, the early goal knocked it up ten fold.

Lazio for their part looked stunned – however, they did settle – despite the early setback – and began to ask questions of a Frankfurt defence that has been prone to a mistake or two during the early course of the Bundesliga.

Midway through the first half the Italian’s found their equaliser, Marco Parolo finished smartly from inside the area but Frankfurt were furious. Kevin Trapp picked up a yellow card for dissent – the goalkeeper furious that a handball against Lucas Leiva wasn’t penalised during the buildup. 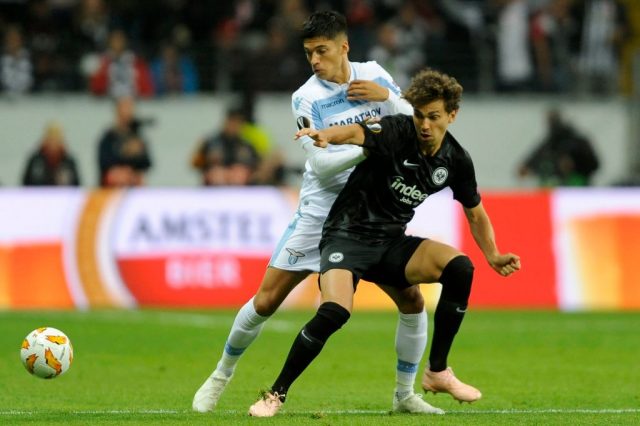 The sense of injustice powered the home side forward and they regained the lead five minutes later. Pressurising their opponents into a number of mistakes.

Sébastien Haller kept his cool in the box to pick out  Mijat Gacinovic, who in turn found Filip Kostic, the Serbian picked his spot and lifted the ball into the roof of the net – their recapture of the lead was fully deserved.

With seconds left of the half Lazio were reduced to 10 men. Dusan Basta picked up his second yellow card in quick succession after a cynical foul on Filip Kostic.

Simone Inzaghi didn’t look impressed with his midfielder’s contribution – the night now took on a new degree of difficulty for the side from Italy’s capital.

Undeterred by their numerical disadvantage, the visitors pressed for an equaliser – Inzaghi switched to a back four and asked both fullbacks to push forward.

As such Lazio were susceptible to any sort of Eintracht counter attack – as witnessed just three minutes after the restart. Mijat Gacinovic started a fast break which culminated in Luka Jovic missing the target by a matter of inches. It should have served as a warning for Lazio, it didn’t and moments later Jovic had Frankfurt’s third of the night.

Sébastien Haller broke through and slipped the ball into Jovic’s path – the finish was sublime, lifting the ball over Proto with a delectable chip the forward capped a wonderful counter attacking move.

Ten men became nine for Lazio on the hour as Joaquín Correa was sent off for what looked like a simple step on de Guzmán’s foot – it looked harsh and it left the Italian’s with an impossible mission to find a point in Frankfurt.

With a mountain to climb and only nine men to call on it was indeed a mission to far, Lazio managed to keep Frankfurt at bay until stoppage time when da Costa completed the rout with his second, and Eintracht’s fourth

Frankfurt vs Lazio – Man of the Match

With such a wonderful team performance it was hard to pick out just one star performer. However, with his constant tenacity down the right and through the centre – coupled with his smart finish to recapture the lead after Lazio had found a way back into the game – Filip Kostić  emerges as the man of the match. 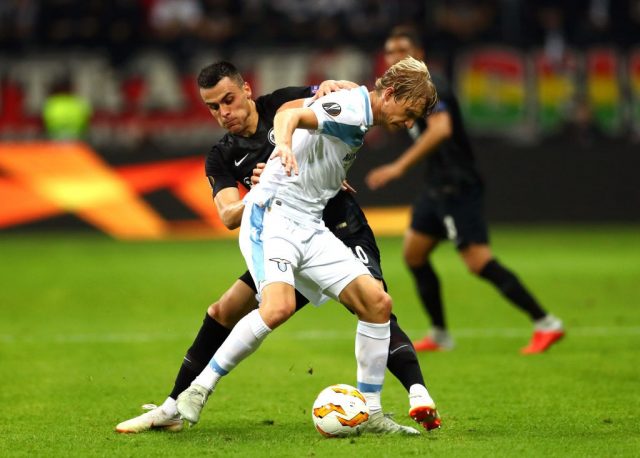 Adi Hütter’s search for consistency from his Frankfurt side looked to take a major step forward. Initially setting up with four at the back, the Austrian swapped to three when both wingers attacked. Makoto Hasebe dropped back to take a sweeper’s role and with it Eintracht looked far more balanced. Something to ponder as the Eagles look to climb the Bundesliga table. 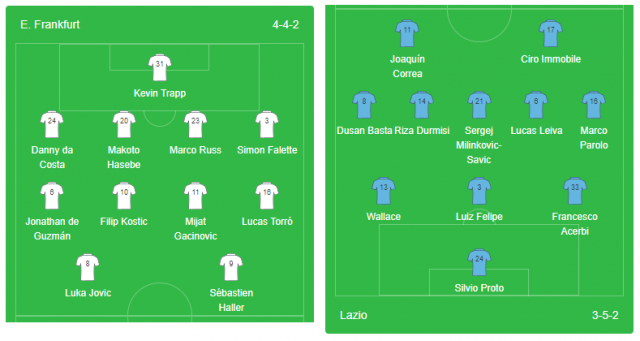