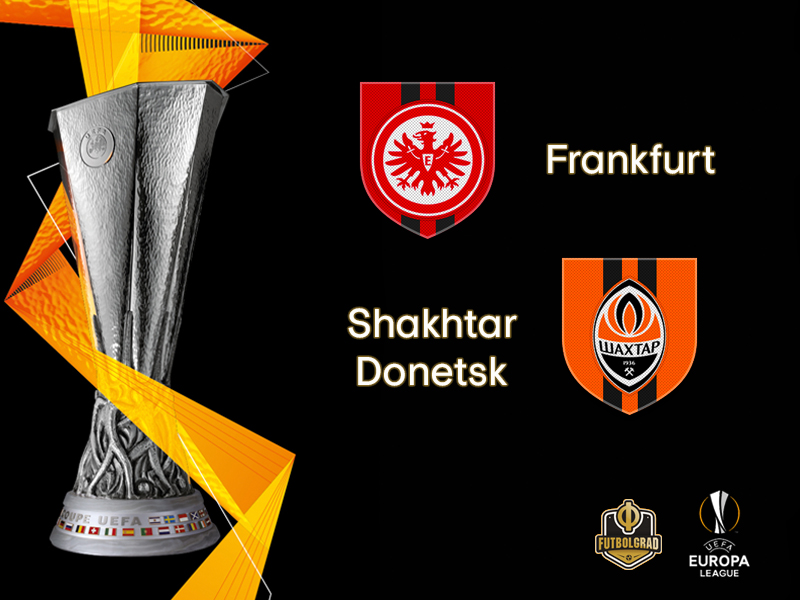 Eintracht Frankfurt hold the advantage as they host Shakhtar Donetsk

Despite being held to a 2-2 draw in Ukraine by a ten-man Shakhtar side Eintracht Frankfurt are in an excellent position ahead of the second leg at the Commerzbank Arena in Frankfurt. Anything less than a 2-2 draw and Frankfurt would be through to the next round.

It would be a typical result for the Eagles. Eintracht Frankfurt, after all, are still undefeated in the calendar year. But at the same time, five out of the six games in 2019 ended in draws. Dortmund held RB Leipzig to a 0-0 draw and Borussia Dortmund, as well as Borussia Mönchengladbach to 1-1, draws in 2019. On top of that Werder Bremen and Frankfurt were caught in a 2-2 stalemate — a result that would mean extra-time on Thursday against Shakhtar.

“I would have preferred to lose a couple and win two, then we would have two more points,” Adi Hütter explained. Frankfurt’s problem has been lack of control in midfield, which has been caused by injury worries to new signing Sebastian Rode and midfield fighter Gelson Fernandes.

“Our biggest problem is in midfield,” Hütter said after the game against Gladbach on Sunday. Without an enforcer in midfield Eintracht lack the balance between their excellent attack and the three-man defence.

A balance that will be important against Shakhtar Donetsk’s Champions League class attack, which possesses at least the class that Gladbach had on the weekend and the Foals made good use of Frankfurt’s lack of grid between the defensive and midfield line.

Hence, Adi Hütter has to hope that either Gelson Fernandes or Sebastian Rode return ahead of the Shakhtar game on Thursday. Without the two the Eagles might opt to seek their salvation in the attack.

It is a strategy that could work against a Shakhtar side that will be without their very own midfield enforcer. Taras Stepanenko will be suspended and in his stead, Shakhtar head coach Paulo Fonseca could be forced to play the talented, but still somewhat, inexperienced Maksym Malyshev.

Another issue for Shakhtar is the fact that the Ukrainians are still in winter preparation mode. The game against Eintracht Frankfurt was the first competitive game of the calendar year for the Miners. The Ukrainian Premier League, however, will not kick off until this weekend, which on the one hand means that the Miners had a week off but also that they are not yet in full competition mode.

With all of this in mind, and with Shakhtar missing a key player in midfield, Eintracht Frankfurt are in a good position against one of the best clubs from the post-Soviet space. Furthermore, the two goals in Kharkiv allow Frankfurt to simply record their favourite result of late and advance with a 1-1 draw.

Frankfurt vs Shakhtar Donetsk – Players to look out for:

Filip Kostić was one of the scorers against Shakhtar Donetsk. Overall, the Serbian winger has improved massively as a player and lives up to the billing that made him one of the most interesting prospects in the Balkans when he was signed by VfB Stuttgart from Groningen back in 2014. Now five years, and two relegations with Stuttgart as well Hamburg, later Kostić is finally showing his potential. At the same time one goal and six assists in 21 Bundesliga games is not enough, the next step, therefore, is to improve his goalscoring ability, perhaps doubling his tally against Shakhtar in the return leg.

Viktor Kovalenko has been in and out of the lineup all season. The 23-year-old Ukrainian attacking midfielder is one of the few natives in Shakhtar’s attacking lineup where the Miners mostly rely on talented South Americans. Kovalenko, however, is a special talent that despite some inconsistency has the potential to become one of the brightest players to ever emerge from Shakhtar’s youth academy. A playmaker, who in the past has been compared with former Bayern midfielder Bastian Schweinsteiger, Kovalenko has been moved to the centre of the park where his ability to carry the ball between the lines is better accentuated than on the wing where he started his career. In the first leg, Kovalenko’s ability to cover both offensive areas and defensive areas in midfield allowed Shakhtar to compensate for Taras Stepanenko’s sending off, which in turn makes Kovalenko a key figure in the return leg against Eintracht Frankfurt. 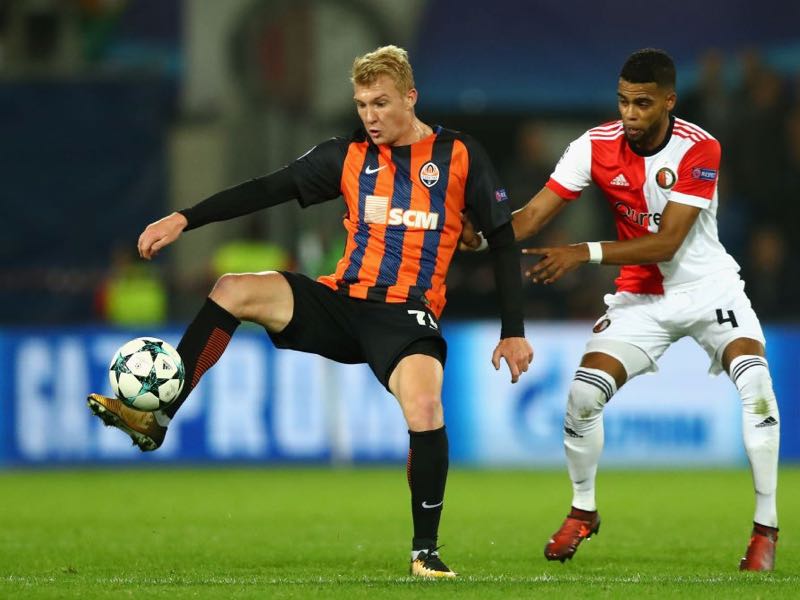