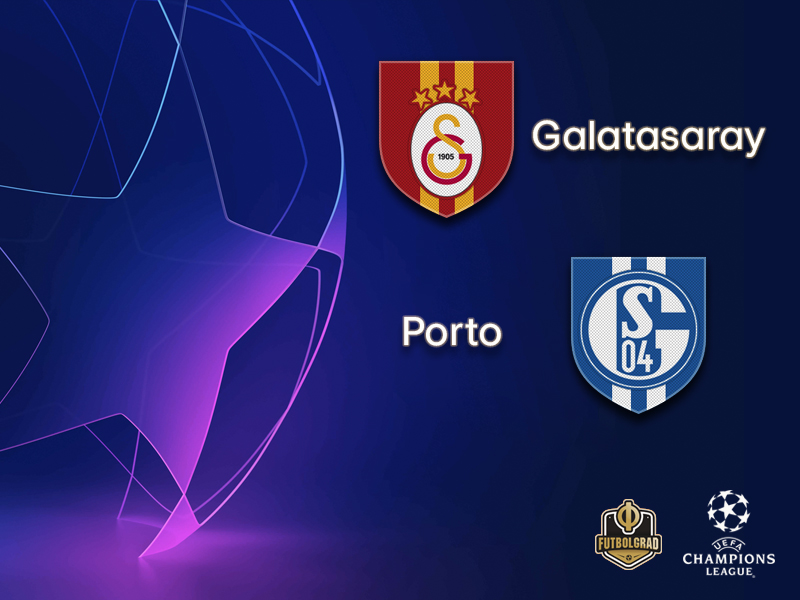 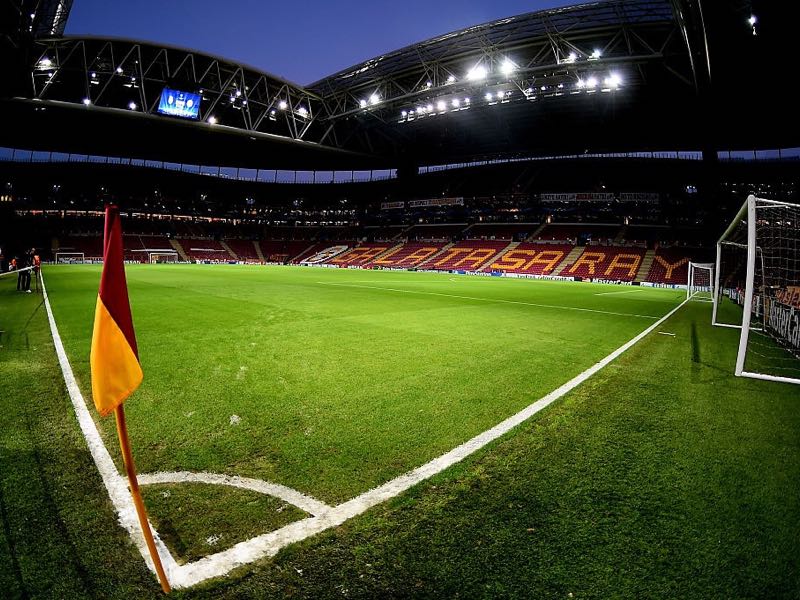 Galatasaray had an impressive start to their Champions League campaign. The Turkish champions put away Lokomotiv Moscow 3-0 at home to open the campaign. But since then the club coached by Fatih Terim has hit some roadblocks.

A 1-0 defeat to Porto on matchday 2 and several injuries have caused some headaches among the coaching staff at Galatasaray. “The punishment by UEFA now hurts us significantly,” Terim told the media on the weekend. Due to debts in the region of €470 million Galatasaray was among the clubs punished for breaches of UEFA Financial Fair Play regulations ahead of this season.

Cimbom managed to reach a settlement agreement with UEFA to avoid suspension from UEFA competitions. As part of that settlement agreement, the Turkish champions were allowed to register just 21 of the usual 25 players for this season’s Champions League. Injuries to Sofiane Feghouli, Fernando and defender Serdar Aziz in the 1-1 draw against Bursaspor meant that Terim had to make three substitutions in the first half. The three together with forward Onyekuru will miss likely miss the game on Wednesday.

Nonetheless, Galatasaray are first in the standings in the Turkish Süper Lig and in Schalke are now facing a side that is somewhat struggling at the moment. Die Königsblauen finished last season in second place behind champions Bayern München but largely benefitted from the weakness of other Bundesliga sides.

Playing pragmatic football Schalke carved out several narrow victories last campaign. This season head coach Domenico Tedesco was charged with making the next step by adding a more cultural approach to Schalke’s football. The result has been somewhat disappointing with Schalke losing six of their first eight Bundesliga games.

On Saturday night Schalke hosted emerging Werder Bremen and were soundly beaten 2-0. “We have had six 50-50 games this season, and we lost five of them,” sporting director Christian Heidel said to the media after the game. “Last season it was the other way around. We had plenty of games that were on a knives edge, but we ended up winning those games, now we are losing them,” Heidel added. As a result, Schalke are now in 16th-spot in the Bundesliga standings – ten points behind fourth-place, which would be enough to qualify for the Champions League once again.

The main problem in the Bundesliga has been efficiency in front of the goal. The sort of efficiency Schalke has demonstrated in the Champions League. In Europe, Schalke drew Porto 1-1 and beat Lokomotiv Moscow 1-0 in Russia. Both games were 50-50 games in which Schalke demonstrated many of the qualities they were showing in the Bundesliga last season. That should provide a sense of optimism when die Königsblauen travel to Turkey to face Galatasaray on Wednesday as Schalke should have enough to get at least one point from that match.

Galatasaray vs Schalke – Players to look out for:

Eren Derdiyok will be Galatasaray’s key player against Schalke. The former Bayer Leverkusen and Hoffenheim striker has managed four goals in eight Süper Lig games and also scored a fantastic freekick on matchday 1 against Lokomotiv Moscow. Derdiyok has an excellent relationship with the attacking midfielders Younes Belhanda and Garry Rodrigues, who both can play a killer pass to the Swiss striker. 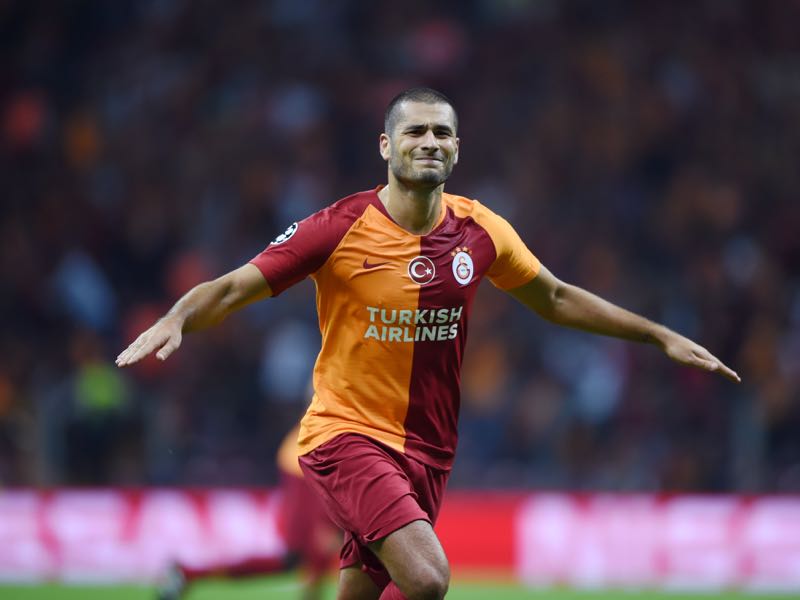 Galatasaray’s Eren Derdiyok celebrates after scoring a goal during the Champions League group C football match between Red Star Belgrade and Napoli at the Rajko Mitic stadium in Belgrade on September 18, 2018. (Photo by BULENT KILIC / AFP)

Goalkeeper Ralf Fährmann’s injury in the warmup against Werder Bremen only caused a brief headache for Tedesco. After all, in Alexander Nübel Schalke have one of the most promising goalkeeper talents in Germany available on the bench. The 22-year-old was not to blame for Schalke’s defeat against Werder and showed no nerves throughout the 90 minutes. “We have no worries when Alex instead of Ralf is in goal,” Heidel and Tedesco told the media ahead of the Galatasaray game. Nübel’s ability to come up with a solution when the ball is passed back to him, and his understanding of to read the penalty box make Nübel a special talent. Hence, with Fährmann likely out for the match against Galatasaray nobody in Gelsenkirchen is truly worried about Nübel being able to fill the void left by the captain in goal. 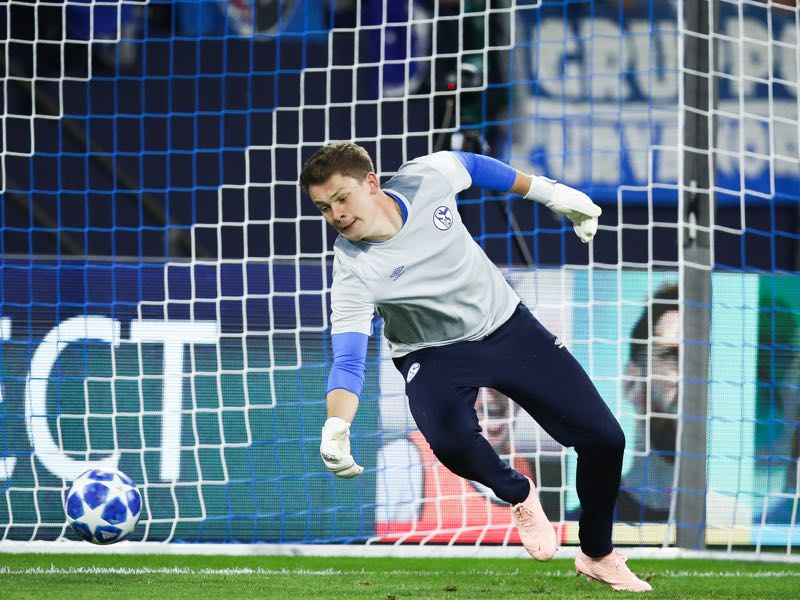 Alexander Nuebel #35 of FC Schalke 04 controls the ball as he warms up prior the Group D match of the UEFA Champions League between FC Schalke 04 and FC Porto at Veltins-Arena on September 18, 2018 in Gelsenkirchen, Germany. (Photo by Maja Hitij/Bongarts/Getty Images)