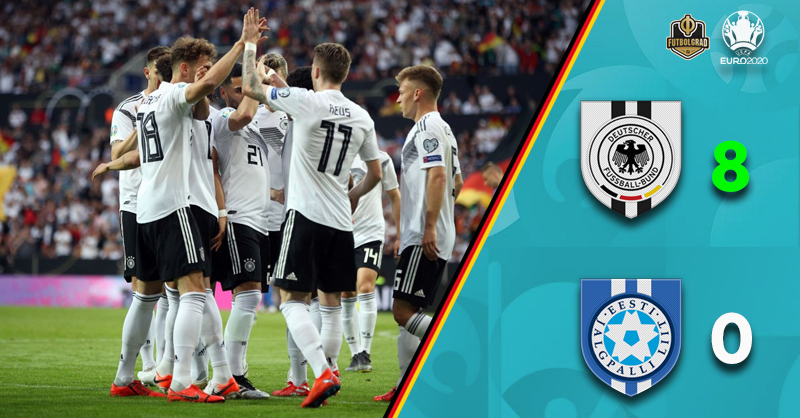 As a contest, Germany vs Estonia was over before the half-hour mark – however, it did give the chance for a feel-good factor to return to a national side who were in freefall 12 months ago. 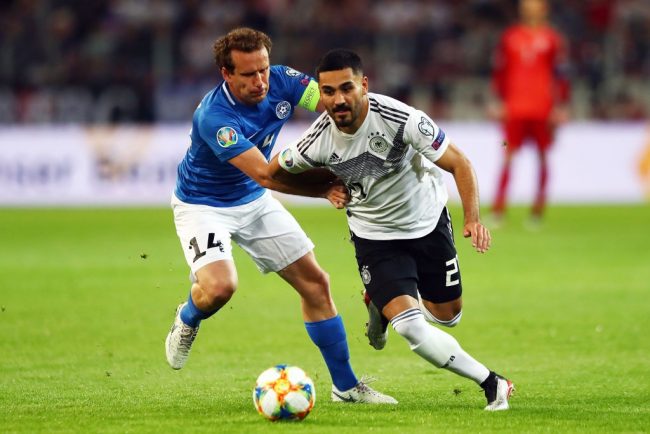 IIkay Gündogan stood out once again as Germany’s best player, on a night when there were several players who came close from taking that prize away from him.

While the plaudits will be also be aimed at those around him (and slightly further forward), it will have not been lost on a watching Joachim Löw that the Manchester City star can play the role normally fulfilled by Toni Kross, should the situation demand it.

It could be argued that both Belarus and Estonia are sides where Germany’s playmakers should be shining, but the truth is that players can fail to shine when the level isn’t as high – the exact opposite of what Gündogan has done during this international week.

By the time the midfielder had dispatched his penalty kick on 26 minutes the game was essentially over, but this didn’t result in a drop in play or creativity – something that had been drastically missing for the past 12 months in the national side’s play.

Bigger tests will come for Gündogan in the coming months but he has certainly passed the two exams he was asked to sit in the absence of Kroos.

Germany vs Estonia: What a difference a year makes

In the run up to Russia 2018 Germany suffered a number of embarrassing results, the focus wasn’t that sharp as the thought was always ‘they will deliver at the FIFA World Cup’.

As has been well documented, they simply did not and a shock of magnitudinal proportions was delivered up as the reigning world champions crashed out at the group stages.

Now, after a change in personnel and a recruitment policy that befits form and not last name, Löw’s side are looking like an outfit that replicates the badge on the front of their shirts.

Marco Reus seems to be holding up to regular play, while the likes of Serge Gnabry, Leroy Sané and Niklas Süle have slipped into senior players with optimum ease.

The Netherlands will pose a far sterner test than both teams faced this week by the 2014 world champions, but in their current shape and form Germany will undoubtedly give the Nations League runners-up something deeper to ponder, rather than what was seen during – and just after – their World Cup shambles.

Germany vs Estonia: UEFA must look at their groupings 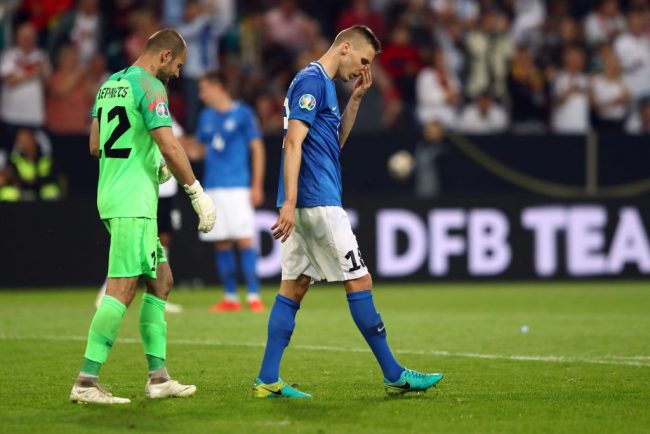 From a German perspective – ignore the results from the Nations League and concentrate on the way in which it was created. Germany was a different side in the run-up to June’s finals in Portugal, and they were absent because of their performances under Löw at the time.

However, they were asked to play sides who were equally matched. This is unfortunately not the case in both the European Championships and World Cup qualifiers.

There is simply no sense in teams that are way beyond in quality having to slog it out with those who aren’t up to the task. It does no side any favour to win 8-0 as much as it hurts their opponents to lose 8-0.

What the Nations League groupings did show, is that teams of all levels perform better – and therefore develop greater – if they are pitched accordingly.

To maintain interest in international football there is no sense in teams such as San Marino and Estonia getting whipped 8-0, 9-0 or more – surely there is a better way to group the national sides in Europe?

One that allows qualification for UEFA’s headline tournament to take place that just doesn’t rely on which of the stronger two teams qualify, in what order, at the constant expense of sides who could get better if their development wasn’t consistently stunted by hammerings.