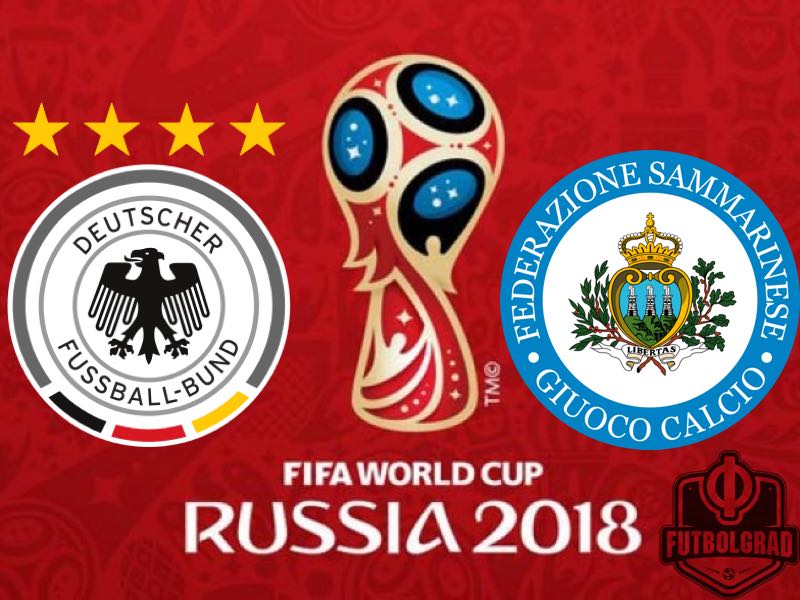 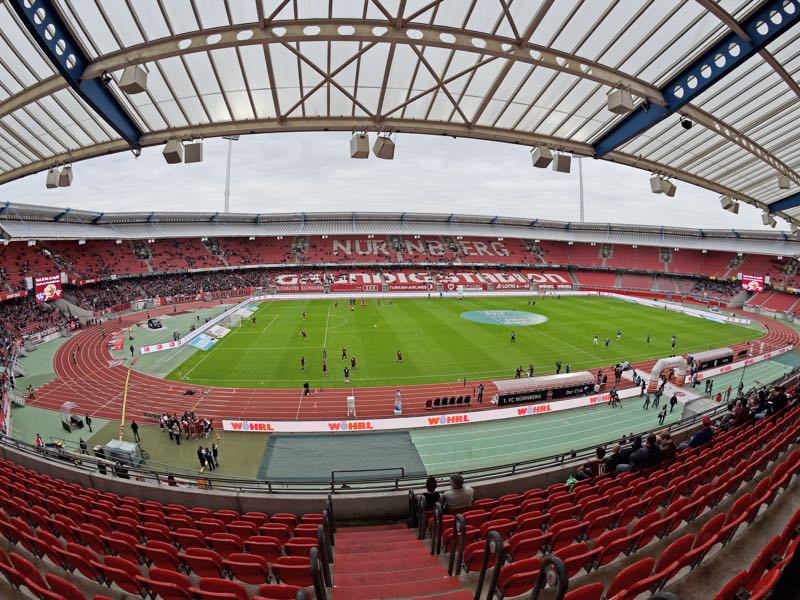 Germany vs San Marino will take place at the Nürnberg Stadion. (Photo by Thomas Starke/Bongarts/Getty Images)

Germany’s youth side continues its preparation for the 2017 FIFA Confederations Cup in Russia. Of course technically speaking the game on Saturday will be a 2018 FIFA World Cup qualification game.

Given the fact that Germany’s head coach Joachim Löw has nominated a highly experimental squad for the 2017 FIFA Confederations Cup that will kick off Saturday, June 17 in Saint Petersburg. The scheduling of the tournament means that Germany will now use this squad to play San Marino on matchday 5 of the World Cup qualification Group C.

Germany have been perfect in Group C winning all five matches with a goal total of 20:1. Germany are now on 15 points five points ahead of second-placed Northern Ireland. Germany will at least keep that lead going into the next matchday. Furthermore, die Mannschaft will likely improve on their excellent goal record in this campaign.

Asked after the 1-1 draw against Denmark Joachim Löw stated that there would be “certainly more goals against San Marino on Saturday.” In fact, it can be expected that Germany will score in the region of ten goals on Saturday. But what will be interesting to see will be what kind of formation Joachim Löw will field on Saturday?

What can be expected is that Germany will field an extremely attacking minded squad to win by a large, but also to give some of the young attacking players some playing time before the Confederations Cup. After all, this will be the last test for Germany before the travel to Russia to face Australia on June 19 in Sochi.

Germany vs San Marino – Players to look out for:

He had to turn 29-years old, but Sandro Wagner finally got his first chance to play for the national team against Denmark. After Tuesday’s friendly against Sandro Wagner told German television that he had waited 29 years for this moment. While Wagner got his first cap against Denmark, he has been kept off the score sheet, but the chances are that Wagner will get his Germany goal on Saturday—especially as Timo Werner is expected to miss this game following his stomach flue.

There is no doubt that Simone Benedettini will be the busiest man on the field when San Marino play Germany on Saturday in Nuremberg. The 20-year-old goalkeeper, who plays for US Pianese in the Serie D (Italian fourth division) is usually the number two behind Aldo Simoncini but is expected to get the start on Saturday in Nuremberg. It will without a doubt the biggest stage in the young career of the goalkeeper and an excellent occasion for him to show that he has the skills for a professional career.