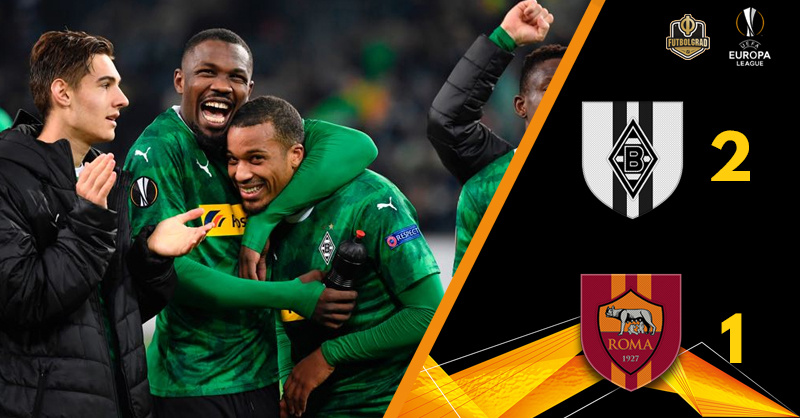 Borussia Mönchengladbach’s hopes in the UEFA Europa League are very much alive after a dramatic 2-1 win against Roma. The Foals went into half time 1-0 up thanks to a Federico Fazio own goal, the Roma defender turning home Kolarov’s free kick as the Italian club scored a deserved equaliser.

Marcus Thuram was the hero once again however, the French forward heading home in added time to secure a vital three points for the Bundesliga leaders.

It was a cagey opening with Denis Zakaria going closest in the 16th minute with a long range strike that grazed the bar. Tony Jantschke picked up an injury and was replaced by Jonas Hofmann in the 28th minute with Zakaria moving into central defence.

Javier Pastore walked through some soft Mönchengladbach defence and shot at Yann Sommer from a tight angle. A Nico Elvedi challenge saw Hofmann break clear down the left wing, he picked out Florian Neuhaus on the penalty spot who took a touch when a first time shot was required.

Marco Rose’s side persisted down the left side and were rewarded in the 35th minute. Thuram and Neuhaus combined with Thuram showing too much speed for Chris Smalling, the French attacker providing a low cross that Federico Fazio turned into his own net.

Gianluca Mancini was having a tough time in the holding midfield role and was booked for a cynical foul on Benes. Benes earned himself a caution in the final minute of the first half as he brought down Justin Kluivert.

The second half started with Thuram’s shot deflected into the path of Stindl who shot wide. Sommer produced a great save to deny Javier Pastore as Roma began to threaten.

Amadou Diawara replaced Mancini as Roma got closer to an equaliser and it was little surprise when they secured it in the 64th minute. Kolarov’s free kick found Fazio on Sommer’s doorstep and he had little trouble firing home from close range.

Marco Rose switched to a back four with Zakaria moving back to midfield as the hosts tried to get back into the game. Lainer got back to deny Kluivert before the Dutch winger had another attempt that went over the bar.

Borussia Mönchengladbach looked headed towards a draw but their persistence paid off in added time. Zakaria’s cross met by Plea, he headed across to Thuram who beat Lopez for a dramatic late winner that sent the home support into ecstasy. 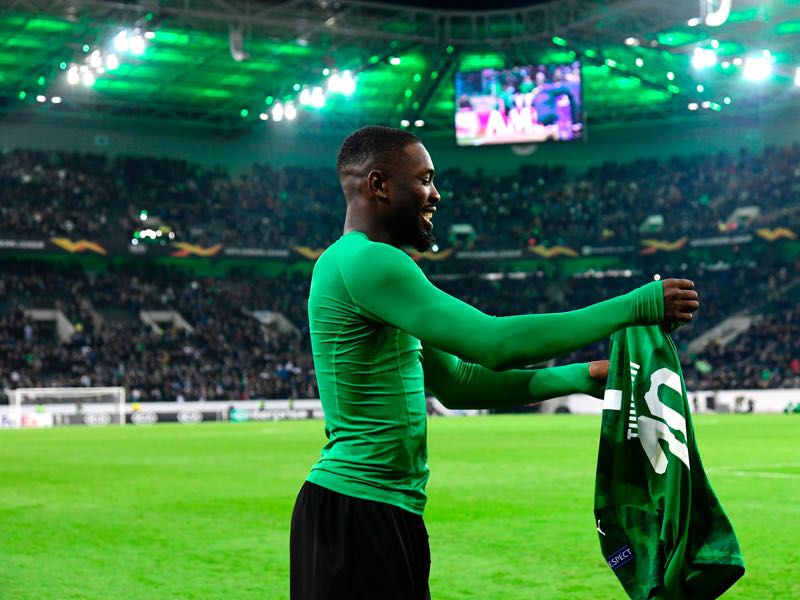 Thuram bamboozled Mancini early on, and the 22-year-old always looked the most likely to pierce Roma’s defence. Created Gladbach’s first goal, scored the winner, linked up well with all his teammates and continues to improve.

Narrowly missed from a distance early on and was a constant presence in midfield before dropping into defence. Has improved immeasurably since Rose took over with his versatility keeping Strobl and Kramer our of the team.

It takes a lot of skill to score at both ends of the pitch, particularly for both teams. In all seriousness, Fazio recovered well from the own goal and made a number of important interceptions and tackles in the second half.