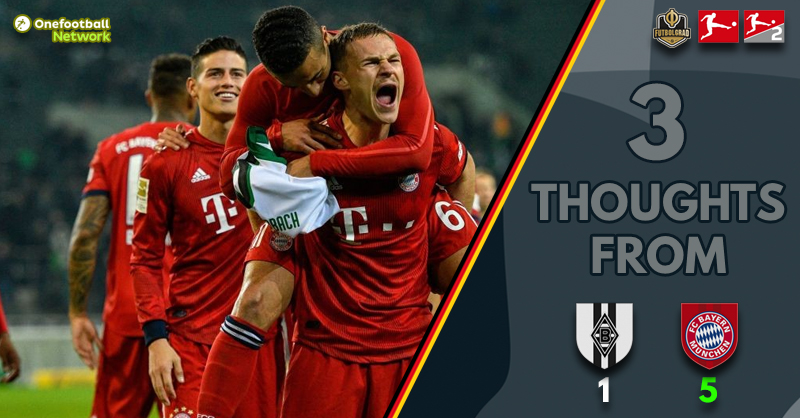 The Rekordmeister sent an emphatic message to Dortmund as Saturday’s Topspiel ended in a rout for the München side. Gladbach vs Bayern was a clear sign that Niko Kovač’s stars are unwilling to hand over their six-year grasp on the Meisterschale without a fight. 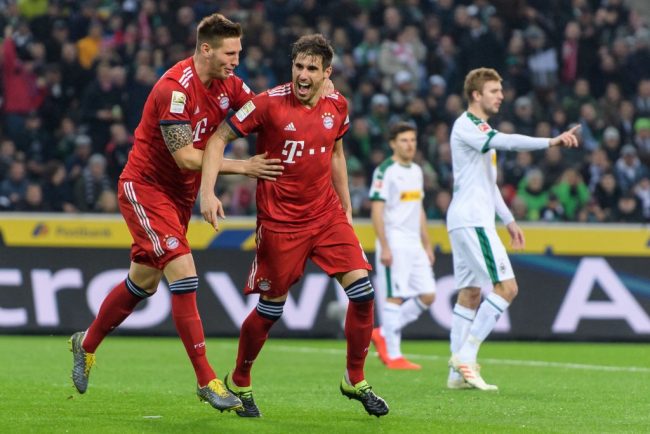 The Spanish midfielder has picked up a healthy habit of late, and one that has endeared him to all that stand on the Suedkurve.

The 30-year-old once again scored the opening goal of a fixture. His second-minute header became the fourth time Martinez’s name has graced the scoreboard first.

In an almost carbon copy of his goal against Hertha, he outjumped those around him to power the ball home. His resurgence has come at a crucial time.

A late replacement for Leon Goretzka at Anfield – the World Cup winner put in a timeless performance on Merseyside, something he has now transferred onto Bayern’s domestic duties.

However, despite his goals, the midfielder is fully focused on team matters. Speaking to the Bundesliga’s Spanish commentary team at the end of the game, Martinez remained coy about his personal contribution:

“Scoring is secondary, what matters the most is winning. We’ve won, we’ve gotten three vital points to equal BVB at the top and I’m delighted to help the team – even more so if it is by scoring.

It was a very important match, it has always been difficult here against Gladbach. Historically we’ve earned very few points but I think we were far superior today – we played one of the best games of our season and overall we are very happy to get all three points.” 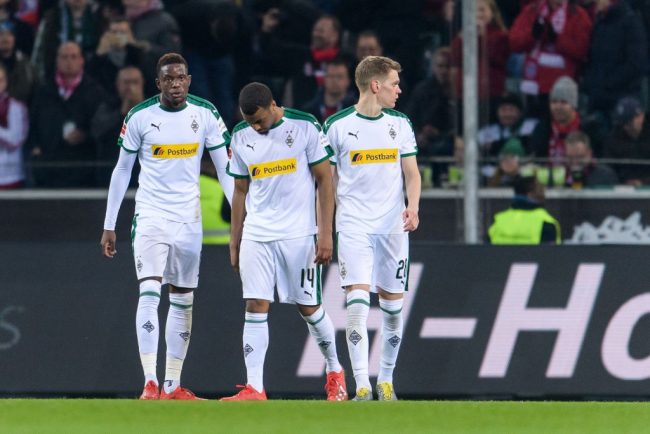 Denis Zakaria, Alassane Plea and Matthias Ginter look dejected as Gladbach vs Bayern ends in a 5-1 rout to the Munich side. (Photo: Jörg Schüler/Bongarts/Getty Images)

This fixture was effectively over by the 11th minute. A failure to adapt to the speed of play in the opening moments saw Gladbach staring down the barrel of defeat before their players had even broken a sweat.

Lars Stindl’s goal in the dying embers of the first half gave a glimmer of hope for the Foals, but replication of the same errors saw Serge Gnabry fire in a third for Bayern within seconds of the restart.

Oscar Wendt lamented the poor start by Gladbach. The defender spoke with the Bundesliga World Feed, pitchside after the final whistle:

“We started very badly, gave away too many chances at the beginning and played too naive – it was crazy to concede two goals after a few minutes.

But the second part of the first half, it felt like we played pretty well – we were at least in the game and scored the goal.

The half time break was really positive but then we conceded after (what felt like) one second in the second half. We gave away too many chances in the opening 30 seconds of the half against one of the best sides in the world.

If you give away chances like that then it’s difficult”.

Gladbach vs Bayern: The title race is on 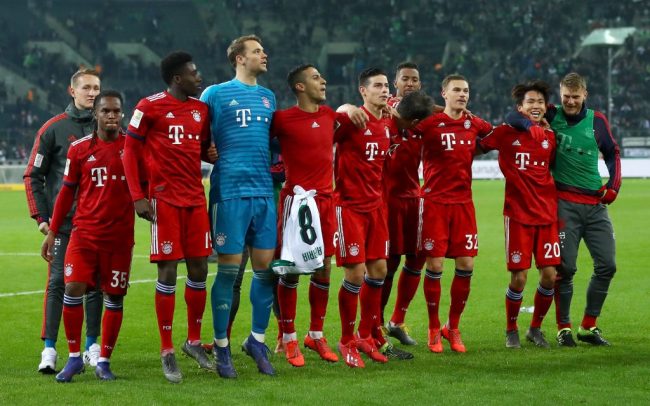 Just over a month ago the title looked to be destined for a new trophy cabinet come May. Its six-year residence in Munich seemed to be over – the Meisterschale would have a Yellow and Black future.

However, fast forward just four weeks and Bayern have clawed back a seven-point deficit to Dortmund. Helped by their rivals poor run of results, but also – and primarily – by their own emphatic performances.

Early spring is the time for title charges, the period when those who can, do – it seems Bayern cannot shake their winning DNA, no matter how hard they have tried at times. A seventh straight Bundesliga crown now looks to be a dawning reality.

A season that was written off by many at the end of the Hinrunde now looks to be the polar opposite. At the midway point of the Rückrunde talk of a treble is a genuine possibility.

April’s matchup against Dortmund in the Allianz Arena could be little more than a title parade should the current form of both sides continue.

Chris Williams is a freelance European football journalist. Covering the Bundesliga, Premier League and both of UEFA’s European club competitions. Published in both local and international publications, he also contributes to television and radio across the globe. A member of the UKís Sports Journalist Association and the International Sports Press Association (AIPS). Follow Chris Williams on Twitter @Chris78Williams