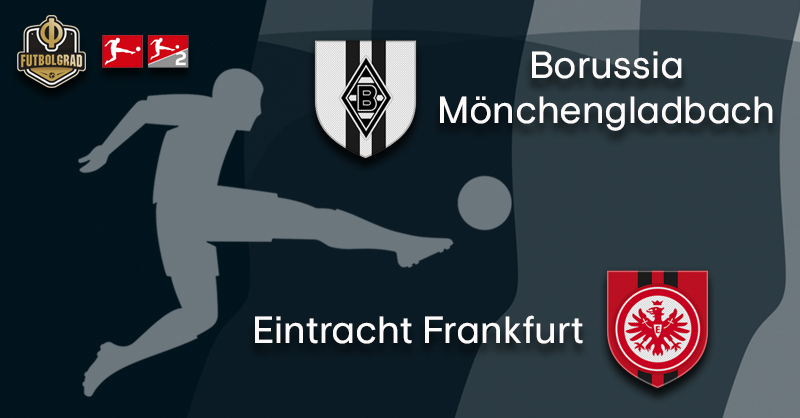 Gladbach vs Eintracht Frankfurt will take place at the Borussia-Park in Mönchengladbach. (Photo by Alex Grimm/Bongarts/Getty Images)

Borussia Mönchengladbach and Eintracht Frankfurt return to Bundesliga action after difficult Europa League duties. Gladbach managed a last-minute 1-1 draw against Roma thanks to a highly controversially awarded penalty in their favour.

Replays highlighted that Roma’s Chris Smalling never handled the ball. The Europa League has no VAR, however, and the penalty stood. On balance, Gladbach perhaps deserved a point in the game against a difficult to play Roma side.

In some ways, Paulo Fonseca‘s Roma might have been good preparation for what is to come against Frankfurt on Sunday. “One can expect an intense game,” Gladbach head coach Marco Rose said this week. “They play a style that I like a lot.”

Rose is a fan of Frankfurt’s playing style and enjoyed watching the Eagles last season. “Aggressive, direct, with a high tempo,” Rose said when asked about the main attributes of Frankfurt’s team. “They also like to cross the ball, that is part of their game.”

Frankfurt, under head coach Adi Hütter, combine many of the elements that Rose likes to see in his team. Both head coaches stem from the Red Bull football school, with Rose having worked at RB Leipzig and Red Bull Salzburg and Hütter at Salzburg before joining Bern-based Young Boys.

For Frankfurt, it was a difficult game against Standard Liège in which the Eagles did the necessary to collect three points in a 2-1 victory. “We can’t show fireworks every three days,” Hütter said after the game. For the head coach, it is all about collecting points on a consistent basis after losing 57 goals this summer in the form of Ante Rebić, Sébastien Haller, and Luka Jović.

“We are collecting points, that is more important,” Hütter said. But high expectations have also been created by the fact that in Bas Dost, André Silva, and the emerging Gonçalo Paciência, Frankfurt have found three strikers that almost seamlessly replaced last year’s attacking trio.

Much will depend on results on Saturday. But Gladbach in first-place and Frankfurt in eight-place are separated by just two points. In theory, both teams could be in the first place when the dust settles on the matchday. That will make this an intriguing affair between two sides that like to play aggressive attacking football.

Gladbach vs Eintracht Frankfurt – Players to look out for:

Gladbach’s captain celebrated his return to Bundesliga football last weekend. A complicated ankle injury in the spring of 2018 cost the forward the 2018 FIFA World Cup. The attacking midfielder returned after 130 days but struggled with small injuries throughout 2018/19 and then broke his leg in April 2019 that took him out another 184 days. After almost a season and a half of spending in various forms of rehab, Stindl is once again an option for the starting XI. A start on Sunday might still come too early, but Stindl could make an impact off the bench. 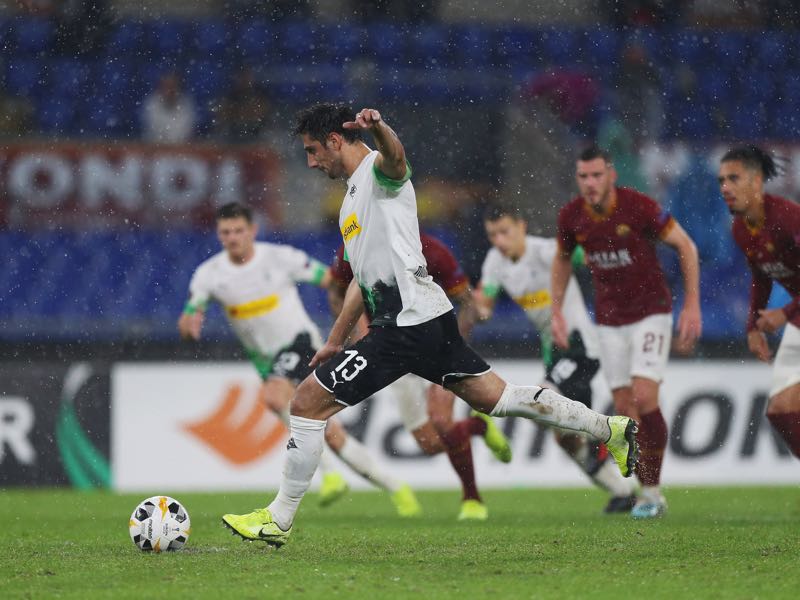 Lars Stindl scores the team’s first goal from the penalty spot during the UEFA Europa League group J match between AS Roma and Borussia Moenchengladbach at Stadio Olimpico on October 24, 2019 in Rome, Italy. (Photo by Paolo Bruno/Getty Images)

Filip Kostić is in unbelievable form at the moment. The winger made Mitchell Weiser look like a schoolboy in Frankfurt’s 3-0 win one week ago. Weiser unable to handle Kostić was brought off in the first half. “He played him against a wall,” Hütter said after the game. “The way he uses his body, the ability to dominate his flank, that is impressive,” Hütter added. Kostić is an unbelievable player for Frankfurt this season and a big reason why Frankfurt have been able to compensate for the departure of their three top strikers. 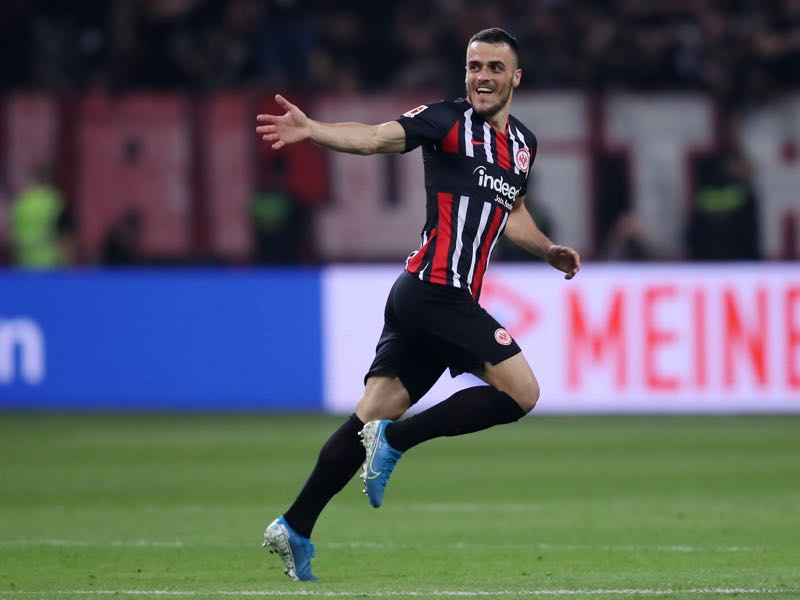 Filip Kostic of Frankfurt celebrates his team’s second goal during the second leg of the UEFA Europa League playoff match between Eintracht Frankfurt and Racing Club de Strasbourg at Commerzbank Arena on August 29, 2019 in Frankfurt am Main, Germany. (Photo by Alex Grimm/Getty Images)