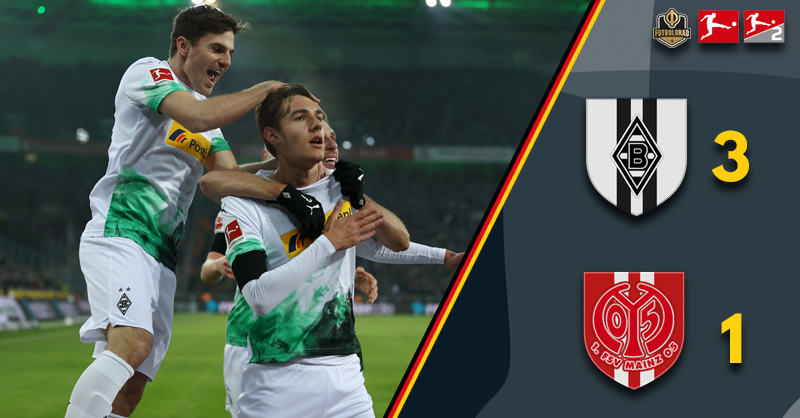 Gladbach vs Mainz saw the hosts turnover a losing position after initially going behind against Mainz. A brace from Alassane Plea was followed by a wonderful finish from distance by Florian Neuhaus. 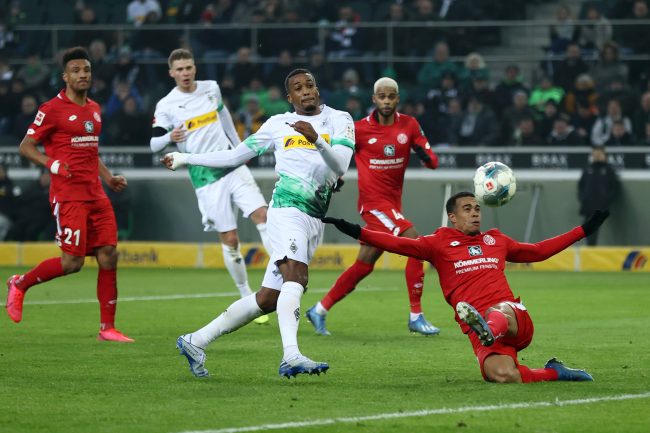 After succeeding at RB Salzburg, playing some exceptional football, it still came as a surprise just how good Rose’s Gladbach were at the start of the season.

However, playing expansive exciting football comes at a cost occasionally, a trait the Foals have witnessed first hand over the last couple of matchdays. Defeat to Wolfsburg followed victory against Bayern, coming out of the winterpause faired little better as Schalke swept to a 2-0 win last weekend.

It’s left the Borussia-Park faithful a little nervous. Bundesliga leaders from Matchday seven to 15, they dropped to third following their slipup in Gelsenkirchen, so it was without surprise when Robin Quaison fired Mainz into an 11th minute lead audible groans could be heard.

But, Rose has instilled a system that is still developing, and going forward it does produce results – despite the occasional setback. Alassane Plea’s equaliser on the 24th minute came via a clever setpiece, the 43-year-old coach expects clever movement from his forwards and the Frenchman demonstrated this once again, scoring his sixth goal of the season.

One became two for Plea with just over 15 minutes remaining, a smart finish from inside the box lifted the pressure that was threatening to engulf Borussia-Park. It was more than Rose’s side deserved after their attacking intent.

With the game almost finished Florian Neuhaus’ wonderful finish from distance added the cherry on top of a brilliant comeback cake.

While talk of a first Meisterschale since 1977 may have been premature in December, the start Gladbach gained in the league has set them up to challenge for one of the valuable Champions League placings the Bundesliga offers.

However, with Dortmund now flying under the goals of Erling Braut Haaland and Bayern München seeming back on the winning path after demolishing Hertha Berlin in the capital – is talk of Europe’s premier competition realistic?

Having not featured in the competition since the 2016/17 campaign they would suffer from a lack of experience at the top table, but with a little more quality in the final third, Gladbach could offer some of the so-called ‘bigger boys’ an uncomfortable outing, especially at home.

It is the teams around them that will ultimately dictate who gets what come May.  The Foals are in a five-way fight for three available slots currently (with Leipzig having clear daylight atop of the Bundesliga). Dortmund, Schalke, Bayern and Leverkusen surround Gladbach, and that could be their biggest problem come the end of the season.

Spurning a number of good opportunities at home against Mainz they eventually ensured victory by taking hold of a game they controlled, the only criticism is it could have been done a lot earlier.

Gladbach vs Mainz: Mainz and the Abstiegsgespenst 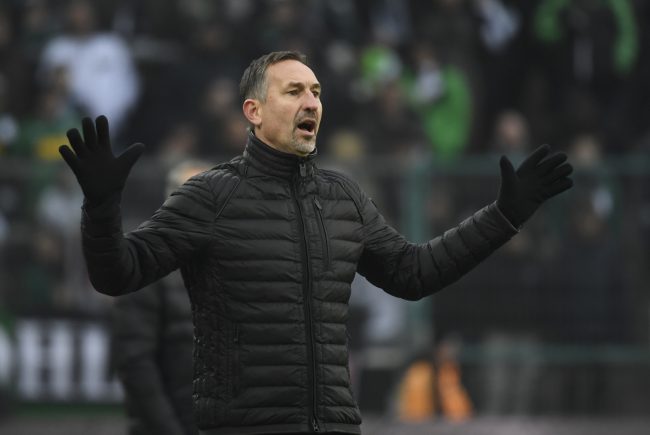 The spectre of relegation had been hanging over Mainz for a couple of seasons, but the Nullfünfer pulled themselves to a 12th placed finish last season, after hanging around the wrong end of the table for campaigns prior to that.

After a less than successful spell at Köln, Achim Beierlorzer now has the opportunity with Mainz to show his ex-employers they were wrong in cutting their ties with him so soon after taking over.

Despite taking the lead through a well-worked play, Mainz were clinging on at the hour mark. Had the hosts been able to finish one of their eight opportunities with the score tied it then could have been a lot more uncomfortable for the 52-year-old watching on from the sides.

However, the zero-fivers did create chances of their own, especially on the break – a little more composure in front of goal could have seen them take all three points on offer this afternoon but once Plea hit his second there was only one foreseeable outcome.