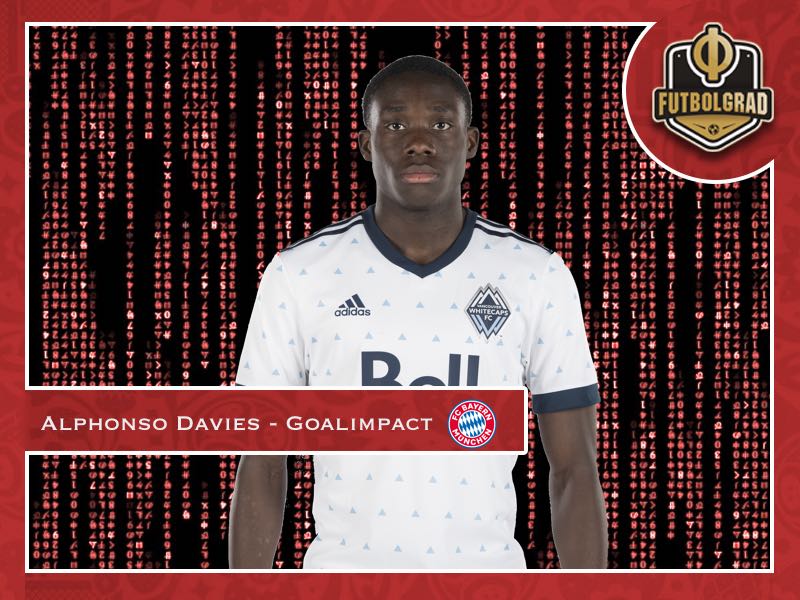 Goalimpact and the metrics behind Alphonso Davies

Alphonso Davies and his record transfer to Bayern München remains a major topic in Vancouver. But Davies is not the only thing that people chat about; another hot topic among the journalists is Christoph Biermann’s book Matchplan in which he explains the metrics behind Goalimpact, a German company that project Davies to become a world star in the coming years.

In his book, which sadly is not available in English yet, Biermann describes the impact of digitalisation on the world of football. “Now we can calculate fortune and misfortune in football, we can now better measure and evaluate the performance of players, and judge what leads to victory. The competition in the big football business is also a competition between favourites and outsiders, between nerds or those who break the rules, who, with their ideas, give football new impulses.” The description of the book reads.

The German-based company Goalimpact is one of those rule breakers. “Next Gen Football Player Prediction” reads the opening page of the companies homepage.

“Forecasting individual impact on team success for 320,000+ football players out of 200+ competitions in 66 countries”, the company promises on the homepage. “We provide the most extensive next generation football prediction solution for club management, team recruitment and players’ agents with a proven track record, reliable back testing and research and development since 2004”, Goalimpact further adds.

In his book, Biermann spoke to the founder of the company Jörg Seidel. Seidel, a manager at a Hamburg based energy company, uses algorithms since 2004 to determine the values of players for their individual teams by using a plus-minus statistic that is commonly used in basketball.

The system is described as follows on the companies homepage:

“Starting at approximately two season of data input into our system, we can evaluate the current and forecast reliably the player’s future real strength. This is what we call the Goalimpact.

Our system uses an entirely different approach compared to most other player rating systems. We do not record single player actions and try to value them. Instead, we rate players by the outcome of all their matches. Goalimpact measures the extent that a player contributes to the goal difference of a team. If a player is assigned a high index value, then the team has a good goal difference when this player is on the pitch compared to matches where this player is not active.

We average the impact of all games of a player’s career for all clubs, competitions and seasons in relation to all other players in our database. This rating is adjusted by teammate’s values and the opposition strength, furthermore by such factors as number of minutes played, home advantage, fatigue degree and red cards in a game.

At the end, a pure skill level remains.

The best players in the world achieve above 200 index points. Also every club and league has an average value. The average for the first German Bundesliga for example is approx. 119 points with peaks of up to 162 on average for top teams. Spanish La Liga has an average of 111 points and Italian Serie A is rated with a Goalimpact of 104 on average.”

Axel Witsel finally plays in big league. He could have done so since years. pic.twitter.com/sMCsNpTH2v

In that tweet Goalimpact highlights why Borussia Dortmund have likely done well in signing Axel Witsel from Tianjin Quanjian this summer. Witsel it turns out is an impact player – the sort of player BVB SEO Hans-Joachim Watzke described in an interview earlier this year when asked what sort of players the club was looking to sign this summer.

How, however, do Goalimpact calculate their data? “Seidel uses a simple dataset when putting together his Goalimpact-Index, he only needs the lineup, including substitutions and goalscorers. In football the calculation is less obvious as in basketball, as there are more players on the field, and fewer substitutions, and, of course, there are far viewer scorers in football than in basketball,” Biermann writes in his book.

“I can only say that a player played well, but not why,” Seidel told Biermann. “I can only prove that a team scores more goals and concedes less often when a certain player is on the field”, Seidel adds in the conversation with Biermann.

How the value is calculated almost does not matter. In Biermann’s book, Seidel compares his values to those of a handicap in golf or the Elo rating system in chess. To put it in Biermann’s words: “Seidel doesn’t suggest that Thomas Müller is a better player than Karim Benzema when the former scores 195 and the later 190. He only suggests that the former is a more valuable player for his team than the later.”

To make the system work Goalimpact have put together a database that includes 320,000 players from over 200 leagues. Goalimpact includes datasets from leagues from all over the world including many youth competitions.

Goalimpact is all about raw data

Given that Goalimpact use large datasets over many games fortune only becomes almost eliminated. Furthermore, the system only calculates the impact that a player has on the results of his team. A dribbling, a goal, a fantastic pass and also does not differentiate between defenders and forwards.

Furthermore, by including statistics from youth team competitions, Goalimpact can projection on player careers without the potentially subjective glances of a scout. Players like Cristiano Ronaldo, for example, was projected to become a top 500 player in the world. At the age of 22, he managed to exceed expectations and his values shot up.

The German Mario Götze, in the meantime, was also projected to become a top 200 player in the world. Götze might have struggled in recent seasons but at the 2014 FIFA World Cup had the ultimate impact by scoring the game-winner for Germany.

In some ways, Götze highlights one of the weaknesses of the system. It only projects raw data and does not include injuries, mental health and other outside influences. In other words, the player is only measured for what his team does while he is on the pitch. 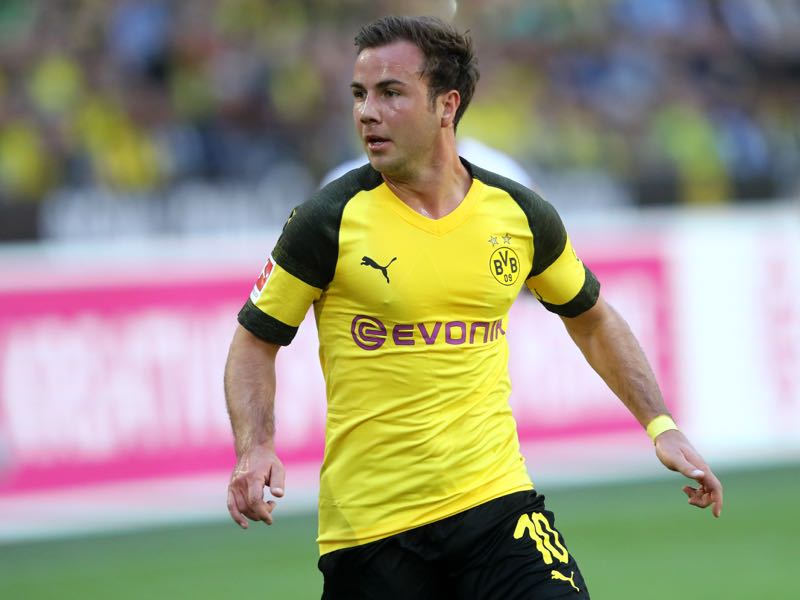 Going by the raw data only, however, Seidel told Biermann in the book that Alphonso Davies will be a coming world star, who will one day be worth a multitude of the €450,000 he was listed under on transfermarkt.de. Biermann spoke to Seidel in 2017 and Matchplan was published in April 2018. Only three months after publication Alphonso Davies would join Bayern München for a base fee of €10 million that with bonuses can grow to around €18 million.

The Canadian-national team player, in fact, became the most expensive player in Major League Soccer history. The 17-year-old is without a doubt an impact player in MLS having scored five goals and eight assists in 22 games this season.

With those statistics in mind, there is no doubt that Alphonso Davies is the sort of impact player described by the Goalimpact data. But as pointed out in Biermann’s book and also in this article what comes next will also be important.

Data can only project the development of the player in the right environment. Those that have seen Davies play regularly understand that he has the talent to succeed in the Bundesliga. But as an 18-year-old making the big jump from Vancouver to one of the biggest clubs in the world it will now be up to Niko Kovac to take the hard Goalimpact data and ensure that the curve will continue to go upwards instead of peaking out early.