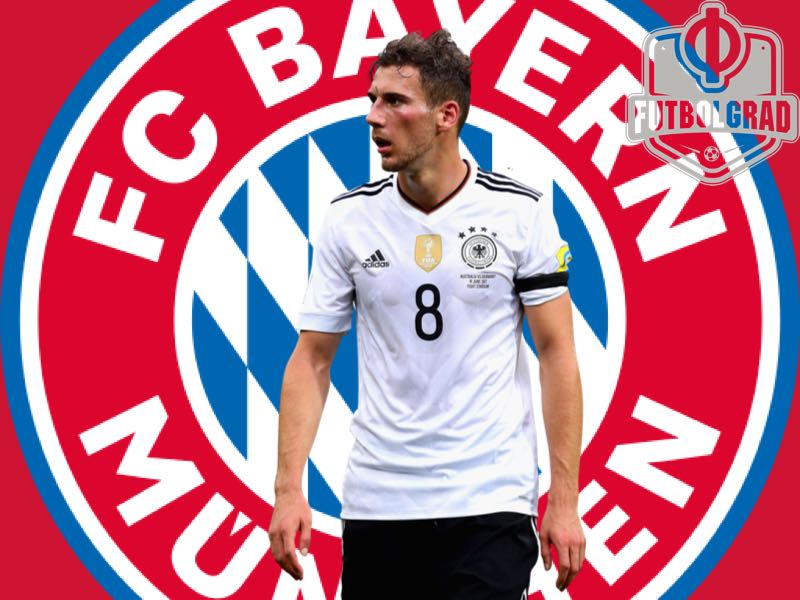 Lothar Matthäus, Stefan Effenberg, Michael Ballack, Lukas Podolski, Mario Götze and recently Niklas Süle, Sebastian Rudy and Sandro Wagner. Bayern have a long history of securing the German national team players from their competition and fielding a team that provides the backbone of the German national team. Adding Leon Goretzka on a free transfer for next July, therefore, makes sense for the Bavarian giants and is not exactly a new phenomenon.

At the same time, Leon Goretzka’s transfer from Schalke to Bayern has caused some controversy. Bayern, as always, are accused of strategically weaken their opposition. It is an argument that has always existed in Germany, but with the internationalisation of the Bundesliga has been a point of criticism from abroad as well.

#Goretzka is off to #Bayern. What do you guys make of the transfer? Are Bayern ruining the #Bundesliga by poaching the best players from other clubs?

On the Futbolgrad Network we recently put this question to Twitter, and unsurprisingly 67% agreed that Bayern were ruining the league by poaching the best players from their competitors. At the same token, however, 21% also realised that what Bayern were doing was a pretty common phenomenon amongst other clubs as well. After all competitors, Dortmund also brought in stars like Marco Reus, Maximilian Philipp, Mahmoud Dahoud, Sokratis and Ömer Toprak from Bundesliga competition.

Goretzka is not a Schalke product

In the meantime, it also needs to be noted that Leon Goretzka is not a Schalke product. Die Knappen bought Goretzka from Ruhrpott rivals VfL Bochum where he was developed. Goretzka was also in advanced talks to join Borussia Dortmund and in the end, chose Schalke over Dortmund. Goretzka can therefore hardly be described as a Schalke player through and through and instead is a typical career player looking to win silverware with Bayern München and an extension with the national team.

At the same time, however, Goretzka’s move caused waves at Schalke. Fans gave the midfielder a tough time on Saturday ahead of the club’s final training session before Sunday’s match against Hannover. Fans were heard saying “Take that kit off! Lucky there are kids here, or I’d take you off the pitch myself.”

Then on Sunday Schalke fans held up a banner that read: “No money, nor titles are worth more than our club. Those who don’t value that should piss off.” Schalke CEO Clemens Tönnies in the meantime told the German television station Sky on Saturday: “If it is better for the team than it is possible that Leon will sit on the tribune until the end of the season. My first reaction was that he should never wear Schalke 04’s shirt again.” Goretzka, of course, did play on Sunday, but his performance was below average, and he was taken off in the 64th minute.

Schalke feel hurt because the club had all but agreed to a contract extension. According to sporting director Christian Heidel, the deal was not only accepted, but lawyers from both parties had already worked out all the details. All that was missing were the signatures, and the deal was supposed to be announced on Schalke’s yearly membership gathering in August. The new deal, as reported on the Futbolgrad Network, would have made Goretzka the highest paid player in Schalke history.

The Bavarians were indeed sure that they had landed their man—as it turned out Goretzka and Neubauer continued their shopping tour throughout Europe. The Futbolgrad Network has learned that his agent had also spoken with Barcelona and Liverpool. There are even claims that Liverpool’s new signing Naby Keïta is taking the number 15 at LFC next season because Liverpool manager Jürgen Klopp had promised the number 8 to Goretzka. 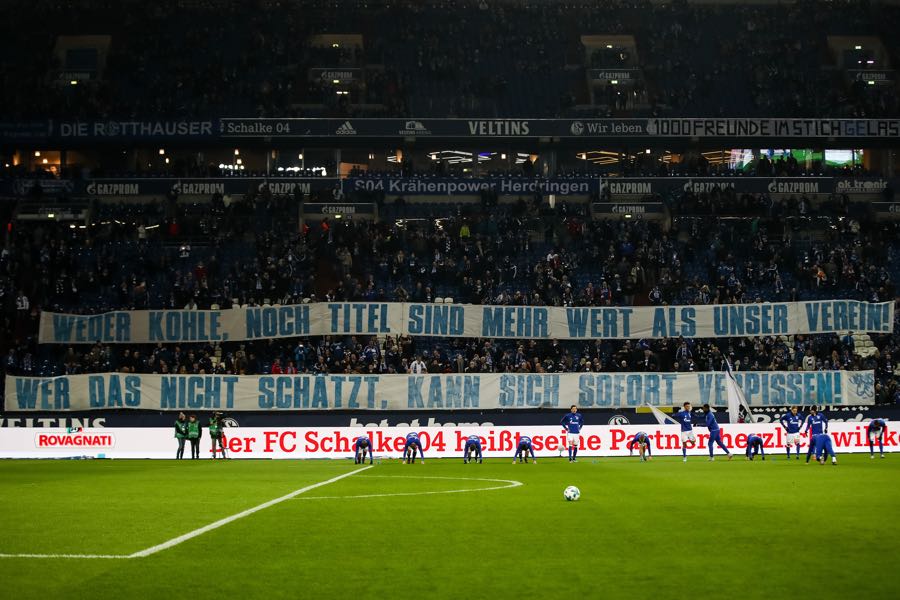 Schalke fans react to Goretzka leaving the club by holding up a banner that read: “No money, nor titles are worth more than our club. Those who don’t value that should piss off.” (Photo by Maja Hitij/Bongarts/Getty Images)

How much truth there is to such rumours can never be fully confirmed. But what is certain is that while Schalke felt that they had a good chance to land to keep Goretzka and make him the face of the club the midfielder was on a shopping tour throughout Europe despite having agreed on terms with Bayern already. It was also for that reason that the story was leaked on December 31, that Goretzka had signed with Bayern—it was a massive calling off by the Rekordmeister to the competition.

The only club that was not yet informed were Schalke. The Gelsenkirchen-based club, in fact, had lost any control over how the deal was going to be announced. It is for that reason that Tönnies and Heidel feel that they have been stabbed in the back by a player that they saw as a fundamental part of the club’s future.

The question now is how Schalke will deal with Goretzka until the end of the season. The Hannover game showed that the transfer had had an impact on the team. Tönnies has therefore suggested to bring the deal forward and judging from Twitter users that also seems to be the preferable outcome of the situation for many following the Bundesliga.

One of the discussion points on the @FutbolgradLive Gegenpressing Podcast today. With #S04's #Goretzka having agreed on a summer move, which has sparked plenty of controversy in Gelsenkirchen, should #Schalke sell him to #Bayern this winter?

For Schalke, it would indeed be a way to safe some face. The club would earn a bit of money from the transfer allowing the club to move forward right away. This sort of deal, however, makes no sense for Bayern. In Arturo Vidal, who is understood to leave the club at the end of the season, and Corentin Tolisso Bayern have two players for Goretzka’s position already. Furthermore, adding another player now could threaten to hurt the club’s team chemistry. It, therefore, appears that Schalke and Goretzka will have to get through the final months of what is slowly turning out to be a painful divorce.