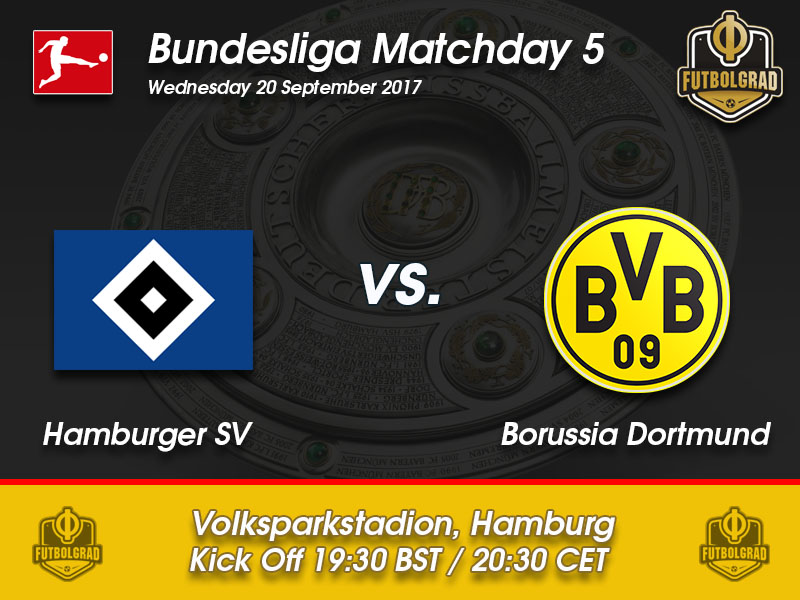 Hamburg vs Dortmund will take place at the Volksparkstadion in Hamburg. (Photo by Oliver Hardt/Bongarts/Getty Images)

A perfect start for Hamburg has quickly turned into a nightmare. Der HSV started the season with two victories, but defeats to RB Leipzig and Hannover 96 have quickly killed any enthusiasm in der Hansestadt. Instead, a sense of reality has set in at a club that has struggled to stay in the league in recent years. Head coach Markus Gisdol called the first six points gained against Augsburg and Köln as important six points against relegation and not towards reaching the Europa League.

Gisdol’s assessment shows that the decision makers have become careful when it comes to assessing the club’s current level in this league. This sense of realism is underlined by the fact that Hamburg struggled to make the sort of signings that could catapult the club away from the drop zone this season. Failing to sign a left-back and a centre-back means that Douglas Santos and Gideon Jung have all of a sudden become important squad players. Both Douglas Santos and Jung were supposed to leave the club this summer, and it was only due to Hamburg’s inability to first sell them and second sign replacements that represent the level necessary to compete in the Bundesliga.

At least with Douglas Santos, there are indications that he could be competitive in the Bundesliga one day. The Brazilian won the silver medal with Brazil at the 2016 Olympic Games in Rio de Janeiro and was heralded as one of the biggest talents in the country. His decision-making has been insufficient at the Bundesliga level, however, and based on last performances will have to do better if Hamburg want to survive against what could be the most dangerous attacking line-up in the Bundesliga at the moment.

Dortmund’s 5-0 victory on Sunday was, in fact, a demonstration of strength. Die Schwarzgelben took apart a Köln side that is struggling when it comes to playing midweek and weekends on a regular basis. Even though there are doubts on whether the 5-0 result will stand, Köln have protested the result after the referee team made a mistake on the second goal, the scoreline was reflective of Dortmund’s dominance over the Billy Goats.

Dortmund were rampant against a team that is currently struggling defensively, which spells bad news for Hamburg on Wednesday. Perhaps the only bit of good news is Hamburg’s record against der BVB. Hamburg are one of the few teams to have a positive record against die Borussia when playing at home and Dortmund has shown in the past that they like to stumble when playing what they call in Germany Englische Wochen (English weeks). That said Köln also had a positive record against Dortmund in recent seasons and were still demolished by a Borussia Dortmund side, who are clearly on a mission at the moment.

Hamburg vs Dortmund – Player to look out for:

Kyriakos Papadopoulos is Hamburg’s emotional leader. The defender with the unorthodox number 9 on his back joined Hamburg last winter and was one of the main reasons der HSV managed to stay in the league—although still, only 25-years old Papadopoulos brings a wealth of experience to a club that has struggled in recent years. Making his debut for Olympiakos Piraeus in the Greek Super League as a 16-year-old Papadopoulos has already featured in 150 professional games. In fact, he would have more than 111 Bundesliga games had it not been for his many injuries throughout his career. Healthy for now Papadopoulos will be the key player for Hamburg when they face a strong attacking lineup on Wednesday night at the Volksparkstadion. 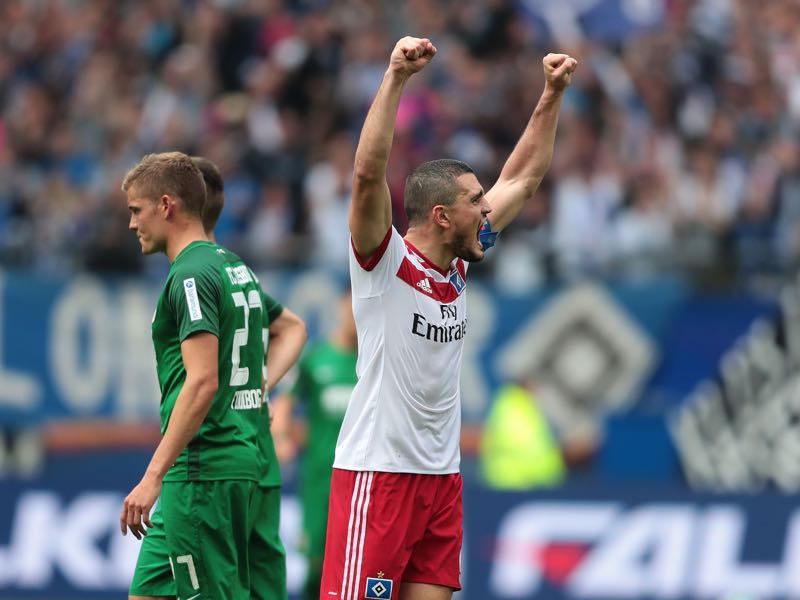 Christian Pulisic was the single biggest reason why Borussia Dortmund were willing to cash in on Ousmane Dembélé this summer. The 19-year-old US national team player was internally considered the perfect replacement for the French national team player and early indications this season suggest that Dortmund were right in their assessment. Pulisic has already scored one goal and one assist in the first four Bundesliga games this season and more importantly with his imagination has been a perfect fit for Bosz’s 4-3-3 formation. Rested on Sunday against 1.FC Köln expect Pulisic to start alongside Andriy Yarmolenko and Pierre-Emerick Aubameyang.