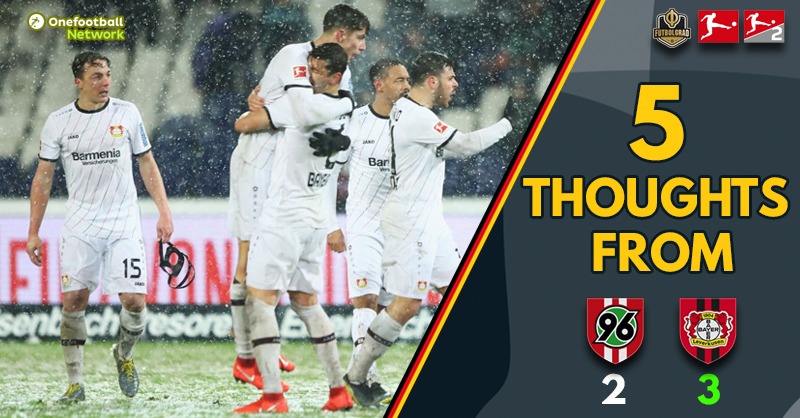 Hannover v Leverkusen — Bayer Leverkusen took all three points with a 3-2 victory in an action-packed Bundesliga match at the HDI Arena. Kevin Volland gave Leverkusen a 2-0 half-time lead before Jonathas, and a Mitchell Weiser own goal made it 2-2, Julian Brandt assisting Kai Havertz for the winner in the 87th minute.

The snow started falling shortly after kick-off which made it difficult to produce free-flowing football. Referee Sören Storks ordered orange balls as the players had to readjust to the testing conditions with dribbling near impossible.

Leverkusen were 2-0 up after 28 minutes, and it appeared another drubbing was on the cards for the besieged hosts. Hannover should have pulled one back minutes later, Genki Haraguchi with an open net but the snow stopping the ball agonisingly short of the goal line.

Thomas Doll’s half-time changes altered the match with Hannover fighting back to equalise, and it appeared the hosts had the ascendancy. Their defensive frailties came back to haunt them, however, Brandt and Havertz combining to deliver the killer blow in the final minutes.

Karim Bellarabi thought he had put the icing on the cake late on, but VAR ruled him offside which gave the hosts one last chance. A long free kick fell to Waldemar Anton, but his fierce shot was deflected wide.

Peter Bosz was happy with the win but wasn’t in awe of the spectacle, saying “it wasn’t really about football today and it was not very fun for myself, the players, or the spectators. I can’t and don’t really want to try to do an in-depth analysis of this match.”

The Werkself looked dangerous down the left wing early on, clearly targeting Julian Korb with Leon Bailey heavily involved. Bailey’s cross saw Brandt’s shot saved by Michael Esser, but Volland was on the spot to make it 1-0 from a yard out.

Havertz then found Brandt who released Volland, the striker chipping the onrushing Esser as the match threatened to get out of hand. Peter Bosz’s side speared to have thrown away two points but always knew they could create chances. 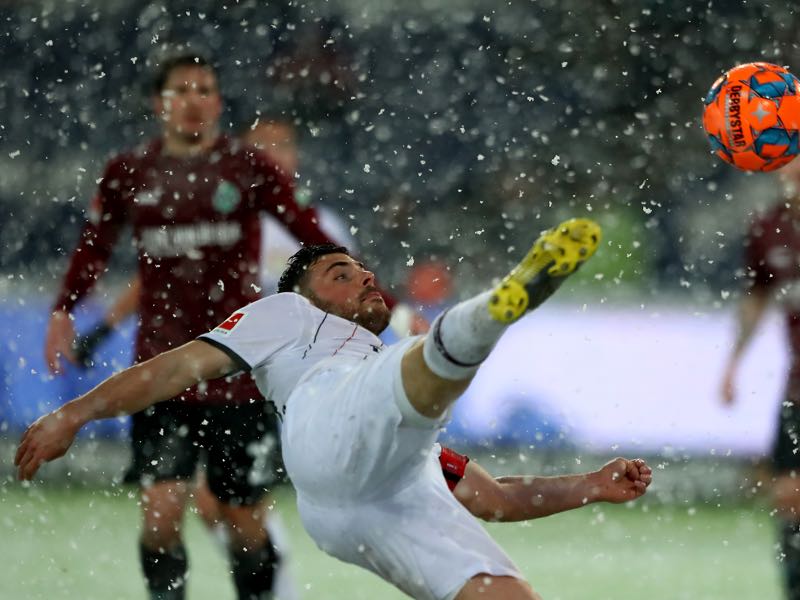 Hannover v Leverkusen – Kevin Volland of Leverkusen in action during the Bundesliga match between Hannover 96 and Bayer 04 Leverkusen at HDI-Arena on March 10, 2019 in Hanover, Germany. (Photo by Martin Rose/Bongarts/Getty Images)

In the end, it was two familiar faces combining for the winner, Havertz and Brandt bamboozling the Hannover defence for the winner. It was Havertz’s 10thBundesliga goal this season, the 19-year-old becoming the youngest Bayer Leverkusen player to score ten goals in a single season.

Kevin Volland has been flying under the radar with Havertz dominating most of the headlines, but the Leverkusen striker is quietly going about his business and having a career-best season. His second goal this evening was classy and confidently dispatched.

Thomas Doll made five changes from the side that lost 5-1 at Stuttgart, the most notable being Linton Maina who returned from injury to make his first appearance in 2019. Maina looked up for it early, beating Tin Jedvaj twice with his pace which resulted in Leverkusen’s left-back earning an early yellow card.

Doll made changes at half-time and by replacing Walace with Hendrik Weydandt and moving Maina from the right-wing to a central attacking position. The changes freed up Jonathas who jumped above Jedvaj and headed in Haraguchi’s cross to make it 2-1.

The big Brazilian striker isolated Leverkusen’s central defenders and was fouled by Jonathan Tah in a dangerous position. The free kick resulted in the equaliser, Weydandt too strong for Jedvaj with his header saved by Lukas Hradecky but straight into Mitchell Weiser who bundled home an unfortunate own goal.

Doll hasn’t received any love since replacing Andre Breitenreiter but he deserves some credit for getting his side back into the game.

This match was another example of what a cruel mistress the beautiful game can be.

A mix up between Tah and Hradecky saw Haraguchi with an open net which results in a goal 99% of the time. The snow and heavy conditions conspired to stop the ball short of the line, however, surely a sign from the football gods that Hannover might as well resign. 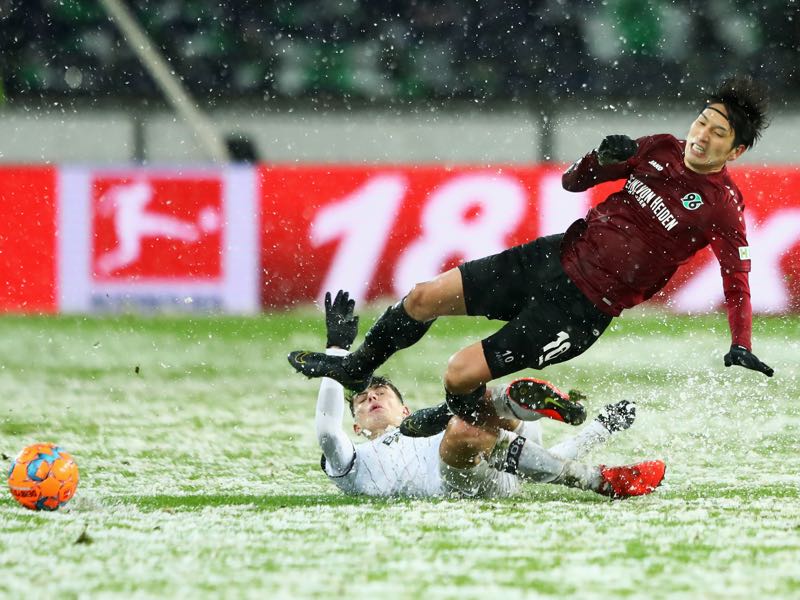 They didn’t throw in the towel and deservedly drew level, the home support sensing an upset and getting behind their embattled team. Hannover’s defensive instability couldn’t be hidden though and when Havertz scored many headed for the exit.

Those that remained thought Karim Bellarabi had definitely ended the contest, but VAR had other ideas and many returned to their seats. It was all in vain, Anton’s final chance deflected wide which condemned Hannover to an eighth defeat in their last nine Bundesliga matches.