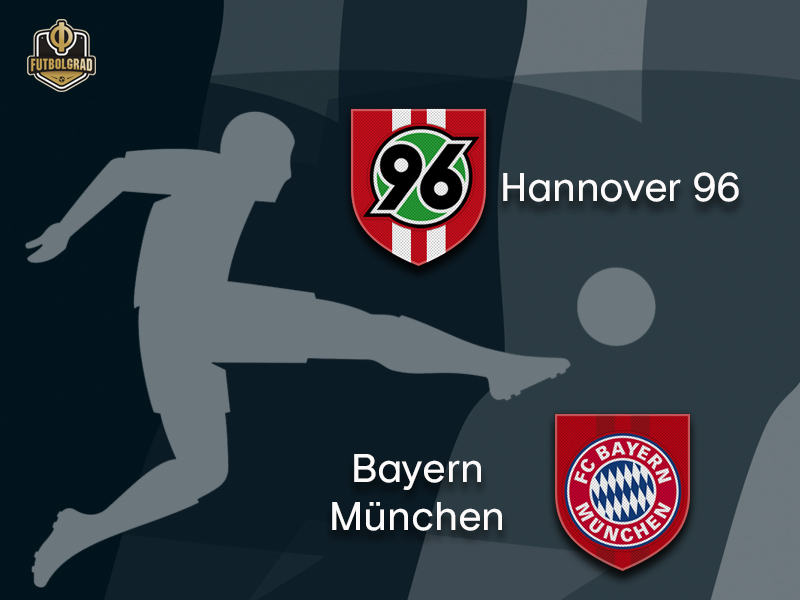 Hannover vs Bayern will take place at the HDI Arena in Hannover. (Photo by Stuart Franklin/Bongarts/Getty Images)

Hannover have had a poor season. Just ten points from 14 games means that die Roten from Lower Saxony are 17th just one point ahead of last-placed Fortuna Düsseldorf.

Not enough for a club that started the season with some ambitions. The club spent €18.1 million in new players but could not compensate the departures of key players Salif Sané (Schalke), Martin Harnik (Werder) and Felix Klaus (Wolfsburg).

Of the new signings, only Brazilian midfielder Walace has fulfilled expectations. Meanwhile, Bobby Wood, Genki Haraguchi, Josip Elez and Kevin Wimmer have all somewhat disappointed. “It could have worked out, or it could have been a difficult season,” Horst Heldt said during the week. Going by recent performances the later is certainly the case.

On top of the on-field problems, it does not help that the club continues to face an uncertain future over its ownership structure. President Martin Kind would like to take over the club on the basis that he has invested in the club for over 20 years. But the DFL have determined that his investments of €46 million since 1997 were not significant enough to justify a take-over.

Nonetheless, Kind has promised that he will invest further in the squad this winter in order to save the club from relegation. Investments in the squad were also the main topic in Munich this week.

Bayern managed to win their Champions League group thanks to a 3-3 draw against Ajax on Wednesday. Bayern supposedly used the trip to scout the likes of Matthijs de Ligt and Frenkie de Jong for next summer’s shopping spree – they join a list that also includes Luka Jović, Christian Pulisic, Thorgan Hazard, Timo Werner and Nabil Fekir.

More pressing for Bayern, however, are points. The Bavarians need to keep winning in order to ensure that the gap to Dortmund will be reduced, or at the very least stays the same ahead of the winter break.

Three victories against Benfica, Werder and Nürnberg suggest that Bayern are back on track. But the game against Ajax also laid bare some major issues against teams that play quick transition football through the middle-third and also showed that Bayern have major defensive worries. Whether Hannover, however, have enough to expose Bayern is more than questionable as the Bavarians should win this one fairly easily.

Hannover vs Bayern – Players to look out for:

Hendrik Weydandt is the feel-good story of German football this season. The 23-year-old striker was signed from Regionalliga Nord side 1.FC Germania Egestorf/Langreder last summer to strengthen Hannover’s amateur side. But after impressing in training camp, Weydandt was told that he was staying with the first team, and the striker then scored in his first ever Bundesliga game on matchday 1. He has since added two more goals and has scored three times in nine Bundesliga games overall. 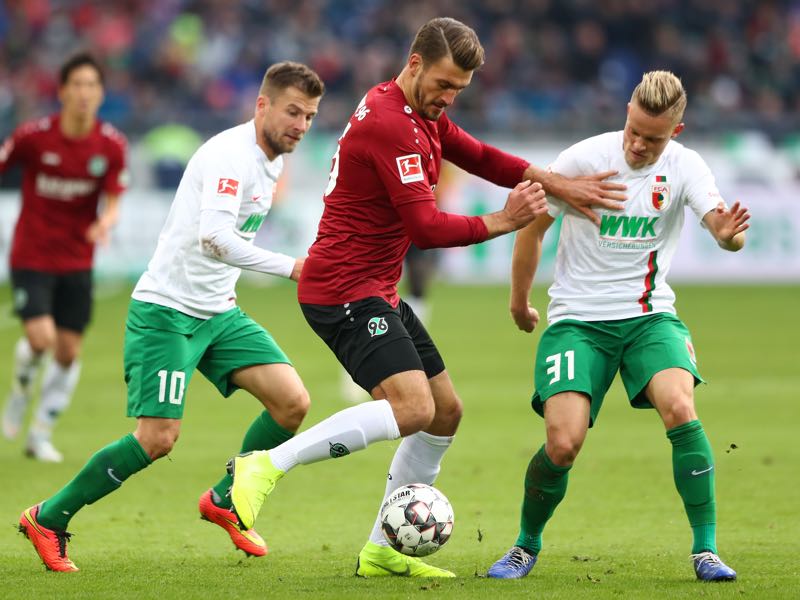 Hendrik Weydandt of Hannover 96 battles for possession with Daniel Baier and Philipp Max of Augsburg during the Bundesliga match between Hannover 96 and FC Augsburg at HDI-Arena on October 27, 2018 in Hanover, Germany. (Photo by Martin Rose/Bongarts/Getty Images)

Thomas Müller is back thanks to a tactical shift by head coach Niko Kovac. The forward scored two goals and one assist in the last three games after Kovac made a tactical switch from 4-3-3, in which Müller played as a number eight, to a 4-2-3-1/4-2-2-2 formation, in which Müller operates as a false number nine. With Müller further up the field right next, or behind Robert Lewandowski, Bayern are more difficult to defend as Müller creates more room for attacking players around him. Sent off against Ajax Müller could be playing his 300 game against Hannover on Saturday.