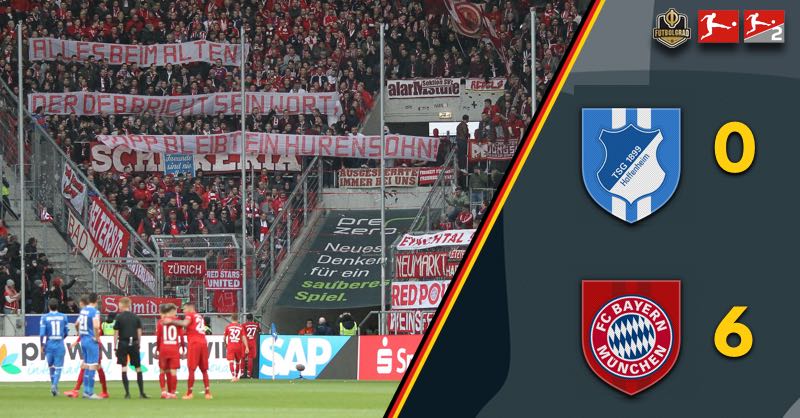 After a fantastic midweek performance in the Champions League against Chelsea, Bayern did not miss a beat at the start of this game and quickly crushed a helpless Hoffenheim side. But the result quickly became a side note as Bayern fan protests led to several interruptions of the game.

Within two minutes Serge Gnabry had Oliver Baumann beat with a volley following a beautiful cross by Joshua Zirkzee. Just five minutes later Zirkzee was involved again; the striker laid the ball off to Joshua Kimmich at the edge of the box, the midfielder then beat Baumann with a low shot from 20-yards out. Bayern were not done, in the 15th minute, Zirkzee scored his third goal of the season when he converted a Gnabry cross from a short distance. Bayern were not done, however. In the 33rd minute, Bayern combined the ball into the box and eventually fell to Philippe Coutinho, his deflected shot beat Baumann.

The second half was less than a minute old when Coutinho scored his second. Bayern won the ball quickly from a Baumann kickoff the ball landed at Coutinho’s feed and the Brazilian tapped the ball home from a short distance. Hansi Flick then started to rotate but unlike previous games, it did not slow the Bayern machine. In the 56th minute, Leon Goretzka came on for Thomas Müller and just five minutes later the midfielder was on the scoresheet to make it 6-0 for Bayern. The game was then briefly interrupted after Bayern fans held up banners protesting Hoffenheim owner Dietmar Hopp and the referees opted to use the racism protocol on the incident by first stopping the game and then taking off the players. The players then came back on the pitch, finishing the game by passing the ball to each other for the final ten minutes or so of the game. 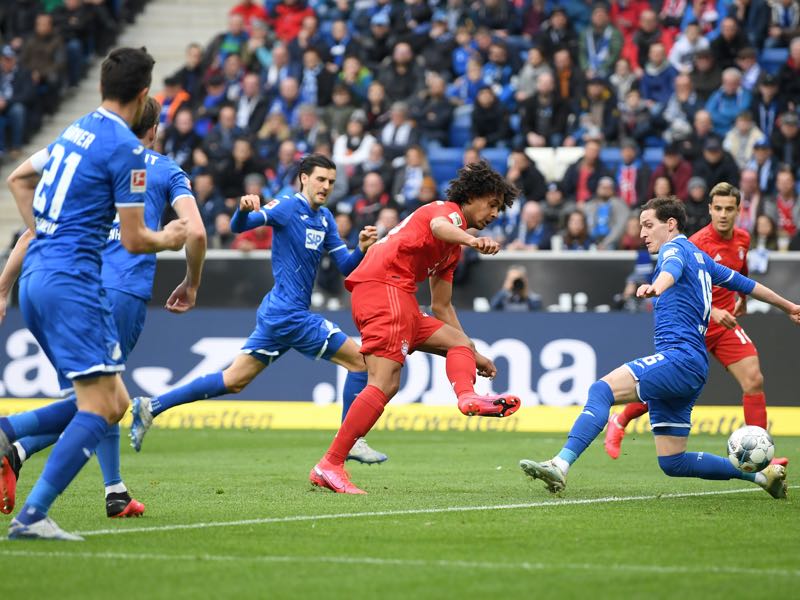 Joshua Zirkzee replaced the injured Robert Lewandowski and was excellent. The 18-year-old striker assisted Gnabry for the first goal, then had a decisive touch at the edge of the box ahead of Kimmich’s goal and finally scored the third goal of the game.

With Kingsley Coman and Lewandowski out Coutinho was given a rare start by Hansi Flick. The Brazilian made the most of his opportunity scoring two wonderful goals for Bayern.

Kimmich continues his ascendancy towards becoming one of the world’s best central midfielders. On Saturday the 25-year-old not only scored a goal but also completed 89.2% of his passes. Seven of his eight long balls found the target and he won four of his six ground duels.

It should have been another brilliant Bayern Munich win. But instead, this game was overshadowed by fan protests. Bayern ultras held up banners to protest Hoffenheim owner Dietmar Hopp, calling him among others a son of a bitch. Hopp is seen by many fans around Germany as one of the symbols that undermines the 50+1 rule in German football.

While the protests were certainly over the top, personal insult should never be part of protest language, what followed was just absurd. The referee team used the racism protocol to first interrupt the match and then take the players off the pitch. For the final few minutes of the game, the ball was then simply passed around by both sides. It set a dangerous precedent, essentially the DFB views protests against billionaire owners in the same light as racism incidents.