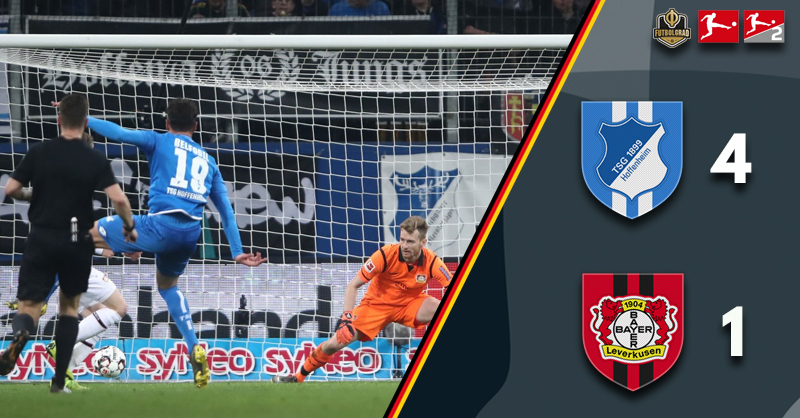 Hoffenheim power past Leverkusen with ease

With the UEFA European Championship qualifiers settled for another few months, Hoffenheim vs Bayer Leverkusen signalled the return of the Bundesliga. The hosts powered to victory, dispatching Leverkusen with ease.

Andrej Kramarić managed to shake off a knee injury that looked to have sidelined his participation in Friday night’s fixture just 72 hours ago – it took him nine minutes to show just how key his presence is in this Hoffenheim side.

The Croatian’s delightful assist set up Ishak Belfodil, who dispatched his right-footed shot with pinpoint perfection to fire the hosts ahead in the opening moments.

It came against the early run of play – Peter Bosz’s Leverkusen were displaying their fast-flowing brand of attacking football that has brought many plaudits since the Dutchman took over the Bayer helm back in December.

It was the visitors’ ability to attack at speed that brought them their well-deserved equaliser just eight minutes later. Kevin Volland was on hand to nod home Julian Brandt’s expertly weighted cross, once again Leverkusen had proven themselves to be deadly when given half an opportunity.

For Hoffenheim and Julian Nagelsmann, the sight of the ball nestling in their own net has become an all too often occurrence. Die Kraichgauer have thrown away 21 points from winning positions this season – including 11 matches drawn after they had taken the lead.

The problem must have weighed on the player’s mind. From the moment they leaked the equaliser, Hoffenheim pressed for a second – but Leverkusen remained a constant threat on the break.

Two early injuries will have given Bosz room for concern, Karim Bellarabi and Lars Bender both left the field before half time. As the half ended, the score was a fair reflection of the fixture – with both goalkeepers asked to pull off wonderful saves to keep the game tied.

Nagelsmann looked pensive as he re-took his seat on the bench for the second half. He will have known that another draw would do little for Hoffenheim’s European ambitions in 2019/20 – not the legacy the young coach would want to leave behind when he departs for Leipzig in July.

On the pitch his players looked the opposite – fired up and ready to go, they went about tearing Leverkusen to pieces in the first 15 minutes of the second period.

Nadiem Amiri put the hosts ahead, or so he thought. The official “who scored” flip-flopped between him and an own goal credited to Sven Bender – three times. With the eventual decision falling as an own goal, what wasn’t in doubt was the desire shown by Hoffenheim to recapture the lead.

Two became three in quick succession – Belfodil with a brace after a quick transitional breakaway started by Florian Grillitsch. The double whammy took the wind out of Leverkusen’s sails, they lost their early sharpness, undoubtedly hampered by their first half forced changes.

The Algerian forward thought he’d grabbed a hat-trick with 10 minutes remaining. Another fabulous quick break ended with Belfodil sliding the ball past Lukas Hradecy, but Kramaric tapped into an empty net from what must have been two inches.

Hoffenheim vs Bayer Leverkusen – Man of the Match – Ishak Belfodil 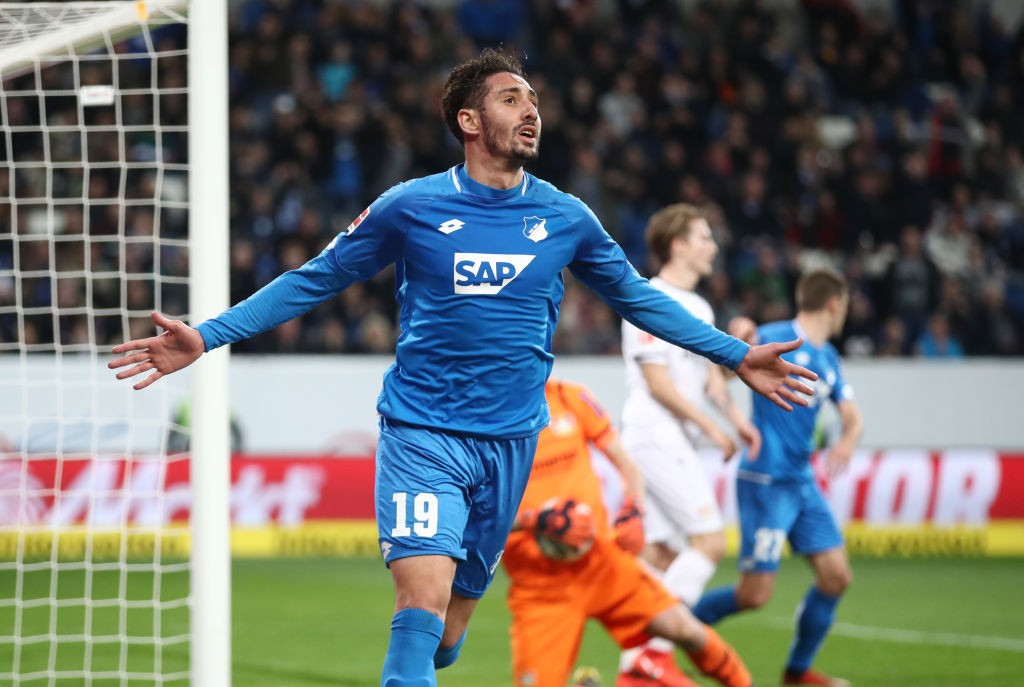 Ishak Belfodil celebrates during the Bundesliga match Hoffenheim vs Bayer Leverkusen at PreZero-Arena on March 29, 2019 in Sinsheim, Germany. (Photo by Alex Grimm/Bongarts/Getty Images)

With eight Bundesliga goals under his belt already, the Algerian played his way to double figures on Friday night – denied a third by Andrej Kramarić.

If Hoffenheim are to make Europe once again next season both Belfodil and Kramarić will need to remain on top form. Should they be successful – who scores what and when will be quickly forgotten.

From dominating early on to folding in 15 second-half minutes, Bayer Leverkusen had an evening to forget. Bosz will point to losing two key players early on, and with good reason.

However, his side looks capable of either winning 4-1 or losing by the same margin. Their only consistency seems to be their inconsistency.