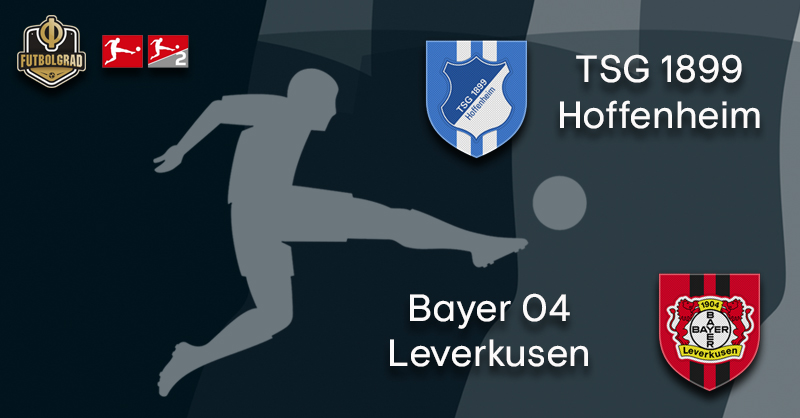 Hoffenheim vs Leverkusen will take place at the PreZero Arena in Sinsheim. (Photo by Simon Hofmann/Bongarts/Getty Images)

The two-week national break ends on Friday with ninth-placed Hoffenheim hosting sixth-placed Bayer Leverkusen. Hoffenheim head into the matchday nine points out of a Champions League spot but still harbour hopes to finish in the top six to qualify for a UEFA competition next season.

After all, Hoffenheim were in a similar situation last year. After 26 matchdays die Kraichgauer had collected 38 points as well but ended up finishing third in the Bundesliga standings after collecting 17 points from the last eight games of the season to finish third with 55 points.

Whether that sort of point total would be enough to finish in the top four this season is unlikely, however. Of the top four only Borussia Mönchengladbach is on a downward trajectory and fifth-place Eintracht Frankfurt, in particular, have been impressive in the Rückrunde by averaging 2.11 points per game, which would put them on 63 points at the end of the season. Third-placed RB Leipzig, in the meantime, are averaging 2 points with their effective brand of football and are, therefore, also projected to finish on around 63 points.

For Hoffenheim, therefore, the task will be to catch Bayer and secure one of the two Europa League spots at the end of the season, which will be difficult enough as head coach Julian Nagelsmann admitted this week. “For me [Peter Bosz] is an unbelievable coach with an amazing philosophy. It is attractive and a lot of fun to watch. He is a coach that stands for a certain style, and it is an important game for both teams.”

Nagelsmann will have to take on Leverkusen without the suspended Nico Schulz, who was the hero for Germany against the Netherlands and the injured Andrej Kramarić. Leverkusen, in the meantime, will be without Lars Bender and wing-back Wendell, who this week had been linked with a move away from Bayer Leverkusen (Paris Saint-Germain are reportedly interested).

With both gone Bosz only has Mitchell Weiser and Tin Jedvaj left to occupy the two wing back positions. One option could have been Benjamin Henrichs, who was excellent for Germany’s U-21 on Tuesday against England. But Henrichs left the club as he no longer felt appreciated by former head coach Heiko Herrlich.

Hence, Bayer will have to do with the two players that have shown some weaknesses this season and could be targeted by Nagelsmann’s squad. Overall, this should be an interesting match in which Nagelsmann will try to hit Leverkusen’s high defensive line by quickly transition in midfield. Leverkusen, in turn, could terrorise Hoffenheim’s three-man defence with their dangerous wingers, expect a quick game with goals that should be evenly matched.

Hoffenheim vs Leverkusen  – Players to look out for:

Joelinton’s path to greatness has recently been compared to Liverpool’s Roberto Firmino by the German magazine kicker. Like Firmino before him Joelinton was a relatively unknown talent before Hoffenheim brought him to Germany. A loan deal to Rapid Wien, where he learned German brought plenty of maturity. The striker is now one of the most fascinating players in the Bundesliga to watch and has already caught the interest of several bigger clubs in England but also in Germany. In 25 games this season Joelinton has scored seven goals and seven assists and has been a standout even when he did not score thanks to his fantastic work rate.

National team player Kai Havertz remains a talking point in Germany. On Wednesday Sport Bild reported that Bayern München would be willing to sign the midfielder for €75 million in the summer of 2020. Leverkusen’s board, in the meantime, demand in the region of €100 million and are hoping for a bidding war for their talented playmaker. Question is would Bayern be willing to spend that sort of money on the 19-year-old? The answer could very well be yes as Bayern do not want to repeat the sort of mistake they made when they passed on Schalke’s Leroy Sané, who headed off to Manchester City in 2017 instead. Until then Havertz, however, remains a Bayer product and a key player to a squad under constant observation by scouts around the world.